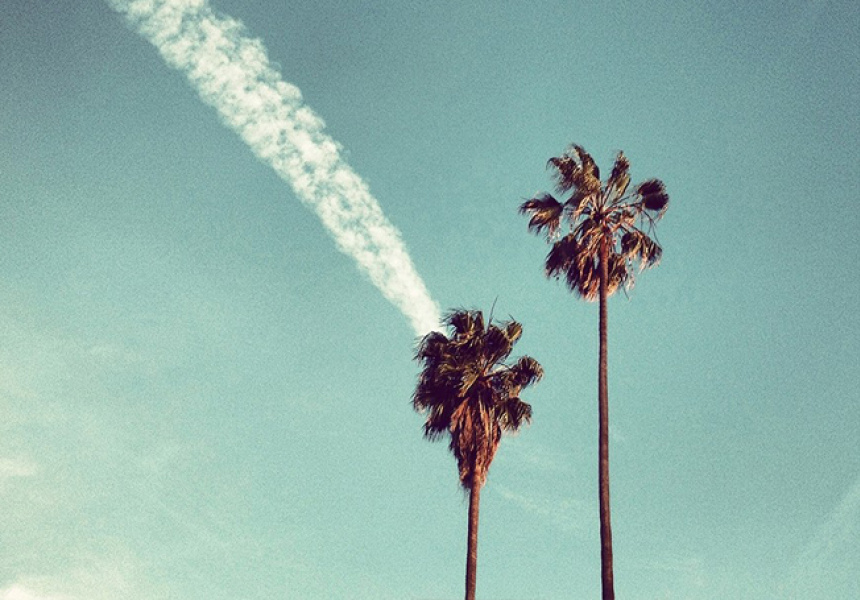 It’s amazing how fast we’ve evolved to include social media in our lives. Often the first thing we do when we wake up is check our Instagram feed, and then again before we go to bed.

It was just a year ago that LA-based Australian photographer George Byrne got his first iPhone and became hooked too. Especially with Instagram. “It’s like everyone is now walking around with a little camera/light box set up,” he says of the simple online platform.

In LA – a rough, sprawling, dirty, underdog of a city, home to both extreme wealth and poverty, crazily diverse architecture and framed by exquisite natural bush, mountains and ocean – there’s never a dull moment for this photographer. Over the last year Byrne has shot hundreds of very distinct Los Angeles street scenes, with bright, colours, sharp edges, crisp afternoon shadows and often a lone human subject.

For his first show back in Australia, a selection of photographs from the photographer’s popular Instagram feed – shot in and around Los Angeles using an iPhone 4S – capture the desolate, uncanny beauty of the city.

“When I first arrived from Sydney it felt to me like the wild west,” Byrne says of LA. “Kind of lawless. Big, wide, dilapidated streets with massive decaying mega stores painted in faded pastels. It still gets me.”

George Byrne will be exhibiting Instant Los Angeles in Sydney and Melbourne in July and August, 2014. On show will be 20 pictures, some shot on film and some on his phone. Each image will be of a limited edition of 20.