Chris Sanderson and Martin Raymond are changing the way we look at the world - we just have to stop and look around every once in a while to notice. 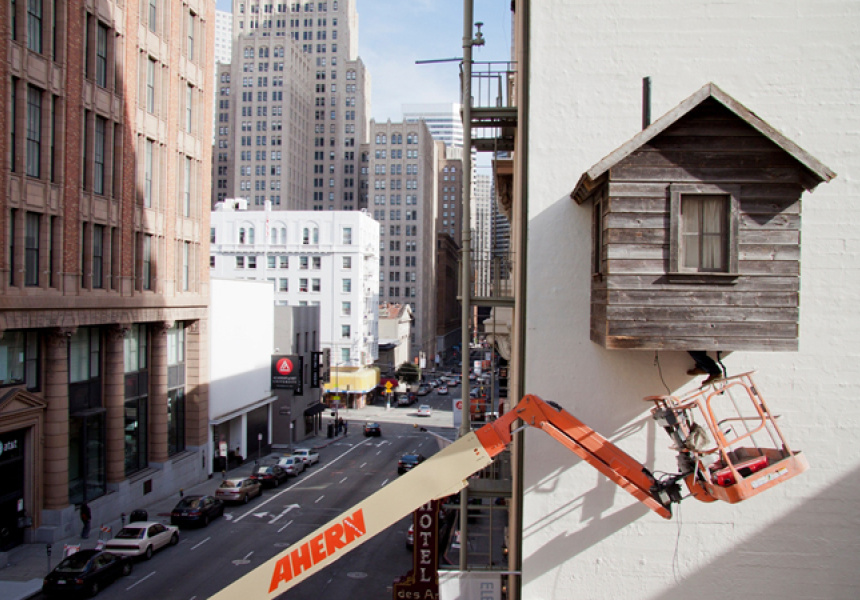 We live in a speeding world, a place where brands and ideas tumble and trend, only to find themselves playing a childish game of hash tag. Whether we like it or not, we’ve all been entranced on some level by the never-sleeping ticker tape of social media. But what do we do with all this information?

And, most importantly, what lies next for both consumer and industry? Enter Chris Sanderson and Martin Raymond of The Future Laboratory, two gentlemen who have spent the last decade finding out what’s beyond the new and focusing on how to help individuals and brands create the ‘next’ in our evolving world of short-sightedness and cultural shifts.

Not everyone has the time, energy or insight to identify the what's ‘now’ and ‘next'. To ponder the ‘cool’ of drinking beer out of jam jars and the edible flower arrangements that are so of the moment – to seek out and discover design in Tokyo, innovation in Buenos Aires and why slowing down is the new speeding up (whatever that means). This is where Sanderson and Raymond come in. Not so much telling you what you should be doing, but providing you with the cultural stepladder and forward-minded compass to help change your perspective and approach.

"Much of what we do is beyond the superficial of what clothes people are wearing and what they're eating," says Sanderson. "That's part of it, but there's so much more going on in the undertows of big cultural change."

"The focus isn't so much on the brands, but the world of innovation," adds Martin.

Sanderson breaks it down into three categories: trend forecasting, consumer insight and strategic innovation. Yet despite the heady wording, Sanderson is quick to clarify. "The unofficial version is that through publishing, we're constantly looking at what's new and what's next," he says.

"We're just constantly fascinated by what makes people tick," he continues. "And what makes them actually engage and interact. We have a constant desire to be curious and to inquire, to look at change and how people are going to respond to that."

A decade ago, Sanderson and Raymond were breaking new ground in the UK by simply asking “what if” and considering its consequences for both consumers and businesses. It was a simple question that, surprisingly, nobody was truly asking themselves. And, more importantly, few still know how to approach this question. "A great deal of businesses are simply not forward-thinking,” says Raymond.

With a team of some 50 London-based hunters and gatherers, Sanderson and Raymond have spent the greater part of the last decade together seeking, finding and sharing both ideas and the all-important data to back it up. Their client list is beyond impressive, with such names as Louis Vuitton, Sony, Pernod Ricard, H&M, The Gap and Oracle. While many bespoke projects find them in-house at these iconic brands, the bread and butter of what they do lies in their highly acclaimed trend briefings where they share their findings and ideas, providing a venue where brand management teams (and any young entrepreneur) can come to get inspired and enlightened as to how their world is moving about them.

They don't just point out the blips on the radar or where the next one will light up. They get to the bottom of the flash, asking why it's generating light, how it's catching our attention, and the methodology of how to make it glow a little brighter.

"We have a whole section on qualitative data and another dedicated to the quantitative," adds Raymond. "We try to analyse the bigger cultural shifts." More than mere consultants, Sanderson and Raymond are constantly seeking ways to wash out the guesswork by forecasting via consumer polls, economic cycles and data analysis. Anyone can guess a trend with their blog or Instagram. They, however, have created an approach that moves beyond the physical surface of a trend, utilising instead a scientific equation that establishes rules and site-specific criteria to explain why a tiny office in San Francisco just sold it's concept for millions of dollars. They call it ‘cultural triangulation’. "For us it was about a process that involves three segments: intuition, interrogation and observation," explains Sanderson.

"As human beings, we're very, very good at reading what's around us," continues Raymond with an air of confidence. "So it does in a way become a science – something you can observe and watch."

But Raymond is quick to emphasise that what they're doing isn't that of a fortune-teller – especially when you consider the irrationality and volatility of the current marketplace. "We're not predicting the future," says Raymond. "We're looking at current patterns and forward projecting to make certain assumptions."

He continues, "We're bringing more intelligence to clients with both data and imagery for growth of the brand."

So where do we go now? Where are the tides of culture shifting?

"We're in a decade of serious change, one where the mantra has become that of predicting the unpredictable,” Sanderson explains. “The only thing certain is uncertainty. But the good news is that we can truly rethink how things are re-done and restructured."

And the latest findings for 2013? "The big thing we've been discussing is that we're pretty tired of authenticity. It's no longer enough," admits Sanderson.

"Brands are finally beginning to understand the importance of disbelief. I don't want the truth. Tell me a story. Entertain me!"

Perhaps, however, for guys like Sanderson and Raymond the truth and reward lie not so much in the facts as they do in the forum of interaction and discovery for both the brand and the individual.

"We want to inspire," Sanderson says. "We want to engage and inform – to just give the people the freedom to think and rethink in a different perspective.”