With a list of recording artists that includes Flight Facilities, Jagwar Ma, Classixx and Flume, this small independent record label is exceeding all its own expectations. In just a few years, Future Classic has become a momentous force in Australia’s music landscape. 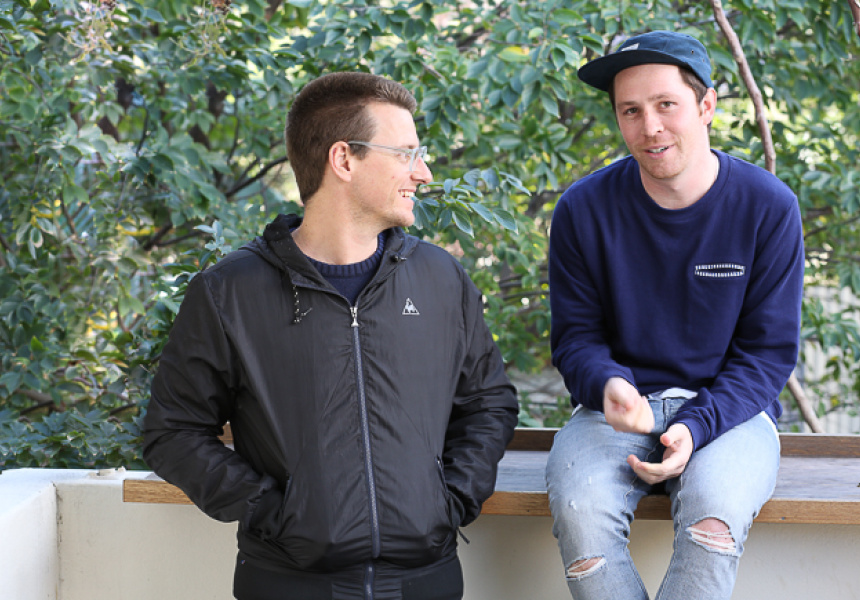 Chad Gillard is jetlagged. Despite being on the road for much of the last 18 months, it seems air travel is still not his forte. Quietly, however, there’s a sense that such a busy schedule brings him much pride. He’s just flown back into town after managing one of his music company’s most popular young musicians, Flume, on a whirlwind European tour, and although he yawns after most sentences, he’s humble and clearly appreciative of the job. After all, it has been almost a decade since Gillard left his lacklustre nine to five office gig to help out friends Nathan McLay and Jay Ryves in forming their independent record label, Future Classic.

It was initially a passion project for the industrious McLay, who endeavoured to set up his own operation while working in distribution at Australia’s renowned Inertia Music, along with his partner Ryves, a graphic designer who was then plying her trade at the Museum of Contemporary Art in Sydney. Nine years on, Future Classic now comprises six fulltime staff based out of a shared studio in Redfern and their list of recording artists now boasts names such as Flight Facilities, Jagwar Ma, Classixx, New Navy and Joakim. Their services have grown to include management, touring, events, and bookings, as well as various brand collaborations with Volkswagen, Le Coq Sportif and Becks beer, among others.

“I basically didn’t know anything about the music industry when I started out,” Gillard admits. He was 21 at the time. “Both the guys were working full-time, so I was simply taught by Nathan, following daily instructions he would give me each morning before he and Jay got home at night.”

Gillard’s self-proclaimed “trial-by-fire” came to a defining halt when first coerced into DJing for the label – an occasion that would unknowingly do wonders for Future Classic’s prospective aspirations.

“Nathan used to DJ every weekend just to pay my bills. After a couple of years, he needed to pay me more but couldn’t, which meant that I had to start playing!” laughs Gillard. “The first gig I ever did was on a Sunday for a weekly spot we used to do. Nathan had some sort of emergency and needed me to cover…and left me his CD wallet and that was that.”

Today, along with James McInnes (who worked as FC’s head of marketing, PR and label management from 2009 to 2012), Gillard and McLay form the Future Classic DJs – a trio who have a weekly show on FBi radio, their own exclusive compilation album (released late last year), regularly play at their very own Adult Disco parties and provide support for the countless touring artists they play host to, including musicians like Little Dragon, Todd Terje, DJ Koze, John Talabot and Mount Kimbie to name just a few.

From touring a multitude of international acts and looking after the stringent logistics required to make it all work, Future Classic soon added artist management to its repertoire as a response to some challenges the label had been facing at the time.

“There are always going to be people that have more weight in the game and who want to capitalise on that,” says Gillard. “When we were just running the label side, a manager would [move in on] something we’d started from the ground up and would tell us what to do, when we’d basically been managing [the band or artist] in the first place, so naturally this led us into management.”

The decision that allowed the company to advance tenfold. Future Classic has since been able to uncover, nurture and collaborate with local artists Touch Sensitive, Panama, and Mitzi. Indeed, rather than bringing in the best from overseas, it’s now about showcasing its own talent to the rest of the world – something they’ve been able to do while hosting events at Sydney Festival, Vivid Live, Melbourne Music Week and the hugely influential Austin festival South by South West (SXSW).

Equally as impressive has been Future Classic’s recent involvement in St Jerome’s Laneway Festival. “The Laneway partnership is most exciting for us because it means curating a whole stage and building the festival’s line-up,” explains Gillard. Not bad for a few individuals who really just wanted to show off some of the music they’re into.

In February this year, Flume reached number one on the ARIA charts with his self-titled, platinum debut LP. It doesn’t get much better for a record label of any form or function.These days, McLay still oversees much of the company’s operations, but is also committed to his family and is expecting a second child with Ryves, though Gillard jokes that it was the arrival of the couple’s first child that “actually made Nathan much more efficient”. So it can only be smooth sailing from here.

In the meantime, Gillard is immersed in work mode, which is only growing busier as the years progress. “A lot of people wouldn’t have realised how long we’ve been around for,” he says. “Flume opened a lot of doors for us, but we’re still coming from the same place and doing the same things. We’re still the same guys.” Only perhaps a little more jet-lagged than before.