Meet the Leichhardt-based club that’s redefining how we view films in Sydney. 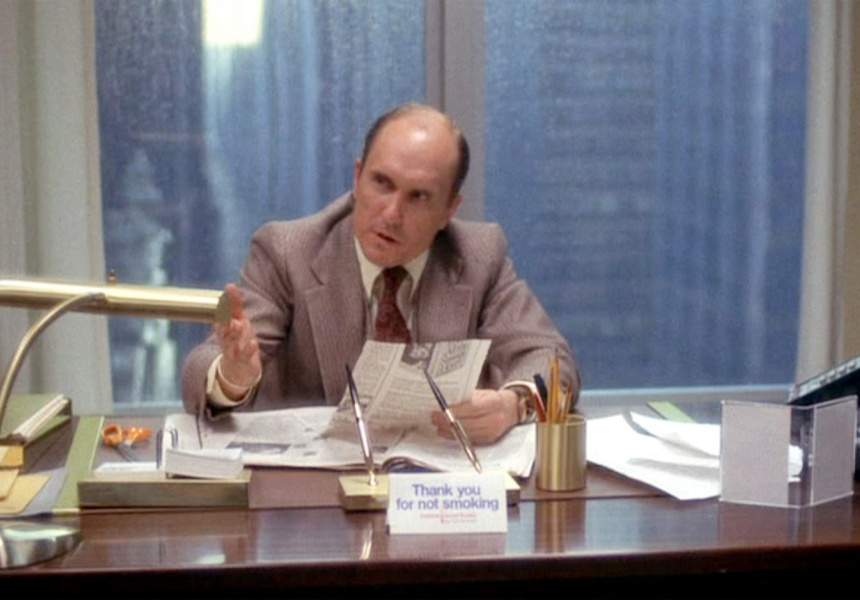 The idea of a film society might evoke notions of pretension, compulsory discussion and long-winded pre-feature presentations. Don’t sweat it. Kinema, a twice-weekly film society managed by three friends, is run with a casual warmth that belies its cultural clout. Liam O’Donoghue, along with co-founders Jack Latimer and Reuben Holt, has watched Kinema grow from a movie night with friends to a full-fledged institution and a unique experience on the Sydney arts scene. [fold]

A typical Kinema session begins in its Leichhardt shoebox theatre space at 7pm. The micro-cinema’s screen plays old newsreels, internet footage or retro shorts as the audience files in, with new members filling in their details and old members having their names ticked off the records. Twenty chairs are neatly laid out in the narrow space, bordered by white walls that are almost covered by mismatched floor-to-ceiling drapes. Up the back, a brand new acquisition lies dormant behind a curtain – a still-unused 16mm projector.

O’Donoghue smiles when asked about Kinema’s most popular session. “It’s a weird one – an anthology of short animations from the German Democratic Republic. That packed us out to standing room only, with beanbags out on the floor… In this one compilation you could see these animators losing their optimistic outlook; you could get that feeling of being caged.”

The eclectic curation is part of Kinema’s charm. The society’s February program includes a back-to-back presentation of Zero For Conduct, a 1933 French rumination on childhood (February 27) and Kindergarten Cop, the 1990 Ivan Reitman film featuring Arnold Schwarzenegger as the titular cop in a kindergarten (February 28). The two are tied together under the banner of ‘Education’ – this is highbrow and lowbrow film at its most casual, fun and accessible, especially with Kinema’s $10 for one month, $20 for three months membership scheme.

“I don’t have any formal education in film,” admits O’Donoghue. Neither do Latimer or Holt, who O’Donoghue describes as “self-taught film buffs”. Indeed, Kinema simply came out of the semi-regular home movie nights that O’Donoghue held to further his casual interest, and it’s this curiosity that still informs Kinema’s attitude towards programming. The film society gives members access to material they wouldn’t be able to see anywhere else: classics unearthed from archives, hard-to-find or impossible-to-screen reels that have slipped through the digitisation process of giants like iTunes and Amazon.

For O’Donoghue, the Kinema experience is a way to “do a lot of research and put things together, so I’m learning at the same time as everyone else”.

How has the shift from a night in with some friends into a full-blown film society changed things for Kinema? “It justifies being more ambitious with our programming,” says O’Donoghue. “Where once I would have been thinking about what would entertain my friends, now I’m thinking about what films might engage a critically inquisitive group of cinephiles. It’s more rewarding. People are joining our society [and] paying money to be a member.”

And, of course, it’s now entirely legal. As an officially registered film society, Kinema can screen films without provoking action from copyright holders, while also gaining access to the full vaults of treasure troves like the National Film & Sound Archive. Even O’Donoghue is impressed by the commitment of some Kinema members. “We have some people who come to every session, twice a week. I mean, I wouldn’t do that. But it’s cheap and we do have privileged access to films.”

Depending on your membership option, joining in on Kinema’s passion can cost less than $1 per film. The fact that those films come sans confectionery stand, 2D/3D debate and session time juggling is icing on the cake. It’s formally a film society but ideologically a film club – a fun, relaxed environment to enjoy a drink, a chat and a movie you wouldn’t have watched on your own.

Kinema
365 Parramatta Road, Leichhardt
Films screen every Wednesday and Thursday in March, starting at 7pm.
Membership rates are $10 per month or $20 per three months.