A new exhibition from Miami duo Friends With You considers that which lies beneath the shiny surface. 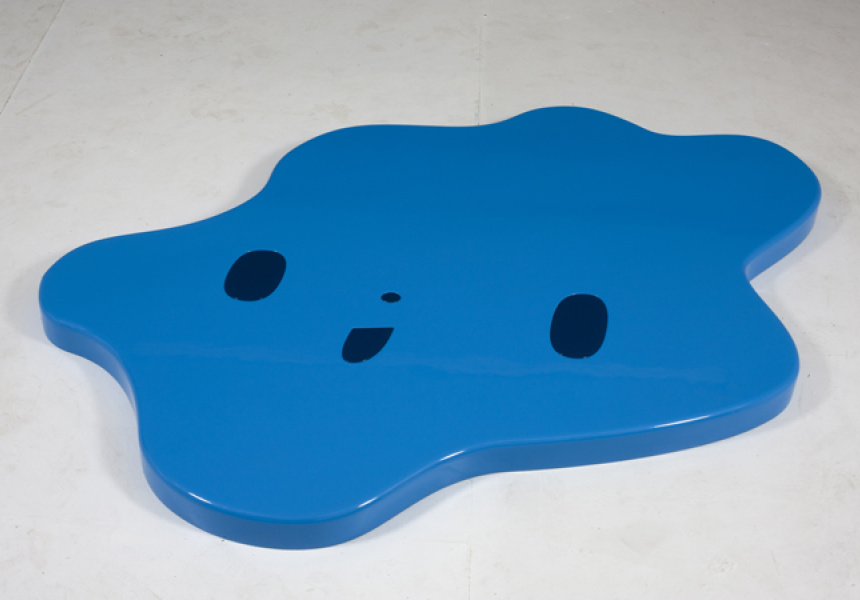 It’s exciting to see a few more galleries in Sydney taking a broader look at contemporary art by placing Australian art in an international context. By representing both Australian and international (mainly American) artists, Mclemoi Gallery, which opened in 2012, is helping to join the geographical dots.

Born in Florida and Havana respectively, Samuel Borkson and Arturo Sandoval III – better known by their collective moniker Friends With You – have been collaborating since 2002, their mix of sun-popping colour, super flat application and smooth geometry making their work so relevant to Sydney audiences. Indeed, our city shares enough attributes to the ritzy, sun-drenched shores of Miami, where the duo are based, to make sense of this work.

The artists’ website states that their goal is “spreading the positive message of Magic, Luck and Friendship™” and the multi-disciplinary duo have succeeded with a permanent and functioning kids playground (featuring prints, inflatable sculptures, performances, paintings and installations) in a Floridian shopping mall. Like the Nintendo-quaffing offspring of Takashi Murakami and Yayoi Kusama, Friends With You make art for a post-internet era ignoring any hierarchies between high and low art. The duo outwardly embrace play, while jostling with secondary themes of religion, information, iconography, multiplicity and technological production.

This exhibition includes anthropomorphised barcodes, smiley-faced and revolving mechanical cogs and organic liquid drops rendered in porcelain. The works juxtapose an obvious enjoyment while challenging the advancements of mechanical progress.

Though the two-cities share the (at times warranted) branding of brash vacuity, it’s a simple immediacy that works here. Like the cities mentioned, it’s the critical but optimistic depth and the spaces between the glossy surfaces that really shine.

Friends With You: Inner Vision in Between, shows at Mclemoi Gallery, Chippendale from February 16 to March 30.