French musician, model and actress, Lou Doillon, talks in-depth about the experience of growing up in an exceptionally large and eccentric famous family, recording her debut album, Places, and her life up until now as a muse in waiting. 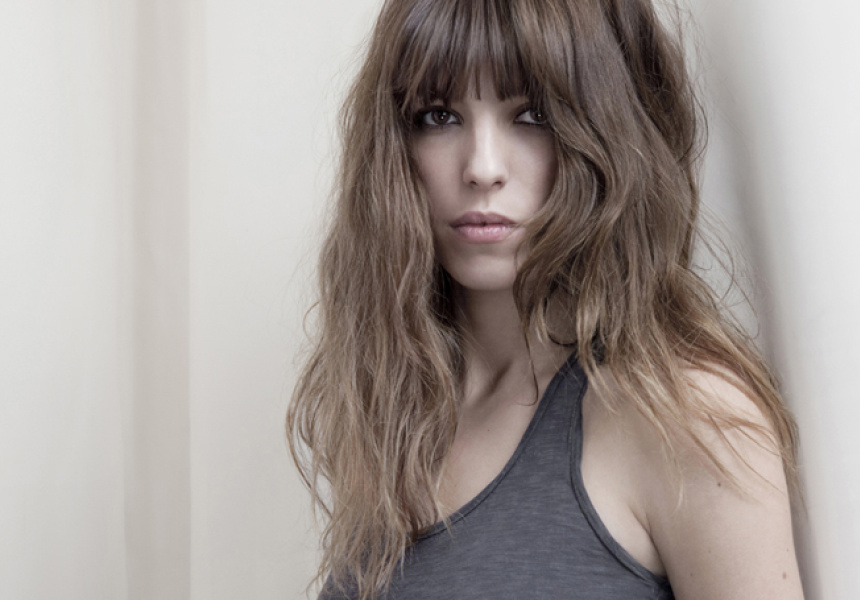 The youngest child in a famous artistic family, Lou Doillon was always a muse in waiting. Her mother, Jane Birkin, is a famous British actress, muse and model; her delicate face an image of the swinging sixties, and the inspiration behind Hermes’ iconic leather bag, the Birkin. Her father, Jacques Doillon, was a ruthless and creative French film director, known for a sort of unperturbed creativity and stubbornness in creating a collection of films that are considered legendary in French cinema.

Lou was the only child of Birkin and Doillon, but her mother had been married twice before: first to British composer, John Barry, and later to French popular musician, Serge Gainsbourg. She’d had a daughter in each relationship - her half sister, Charlotte Gainsbourg (now 42), had already begun her rise into the world of popular culture when Lou was a child, releasing an album with her musician father as a 15 year old, and landing significant roles in French and American films throughout the nineties.

At the age of 26, Doillon was yet to find her place in the world. She had been encouraged as an actress or a muse since childhood, but she was without an artist to take her on. (As Doillon explained in this interview – it was, in all probability, on account of her stubbornness and masculinity.) She had acted in French films - Kung Foo Master, Mamirolle and Blanch - she’d been given roles in the theatre, painted, drawn, and been the face of French fashion brand, Givenchy.

In one of the few interviews before touring Australia early next year, Doillon tells Broadsheet about life as a muse in waiting. And how, looking back, she never truly found her calling until the morning she sat down in her bedroom with a friend, and begun writing an album. The result – Doillon’s debut album, Places – is exquisite and unique. It’s a sultry, smoky examination of love, relationships, and the aristocratic nuttiness that she grew up thinking was normal.

“I was born in an American hospital in Paris. And then I was in the Australian school in Paris, and then the American school in Paris, and then I went into the French school system. There started a chaotic childhood of a mixture of different languages and different lifestyles. So it’s true that I come from a classically strange, 1970s aristocratic actors family. It’s a family of loonies: extremely talented all of them, extremely jealous all of them, and extremely wild.

But it’s a strange family of children in a way. They are all artists and they’re all, like every artist should be, quite selfish. And quite mad. So it’s true that when I compare my childhood to other people’s childhood, I was blessed by the variety of madness and relations that were around me. I had many stepfathers and many men around my mother and many women around my father and lots of artists all around. And so I had the luck to be raised with very little judgment on anything.

Doillon on finding her calling:

I took a long time to understand what I was to do with myself. I have five sisters; we are this gang of women. It’s true that my mother and my grandmother are actresses, and women in a very old fashioned way, in that they are the most beautiful and gorgeous women. I come from a very smart line of very chic, aristocratic women who are there to please men, and to be absolutely beautiful.

I was raised thinking that I was the same – to become a muse, a model or an actress and eventually maybe be a singer for men who would write me scripts, or write me songs or draw things for me. So I waited for someone to react – I was waiting to be a muse, like the rest of the women in my family. The funny thing is for me, it never happened. I was very frustrated, and a frustrating muse. Because I was too government and too masculine, and I got in terrible rows with nearly every director I’ve ever worked with. I could only work with very stubborn people, who are even more stubborn than I am. I’ve been able to work in the theatre a bit, but otherwise I’m a bore to work with. It took me 27 years to decide to write my own album and weirdly enough, or not, the success and triumph in my career started now. Today, after a year of living as a musician and a solo artist, I’ve never been as happy in my life.

Lou Doillon is performing at this year’s So Frenchy So Chic in the Park on Saturday 18 January 2014 at St John’s College, Camperdown in association with Sydney Festival.