Visit the store – which opens May 13 – for the Sydney-based, French-inspired brand’s much-loved perfumed candles, colourful glassware and delicate oil burners. 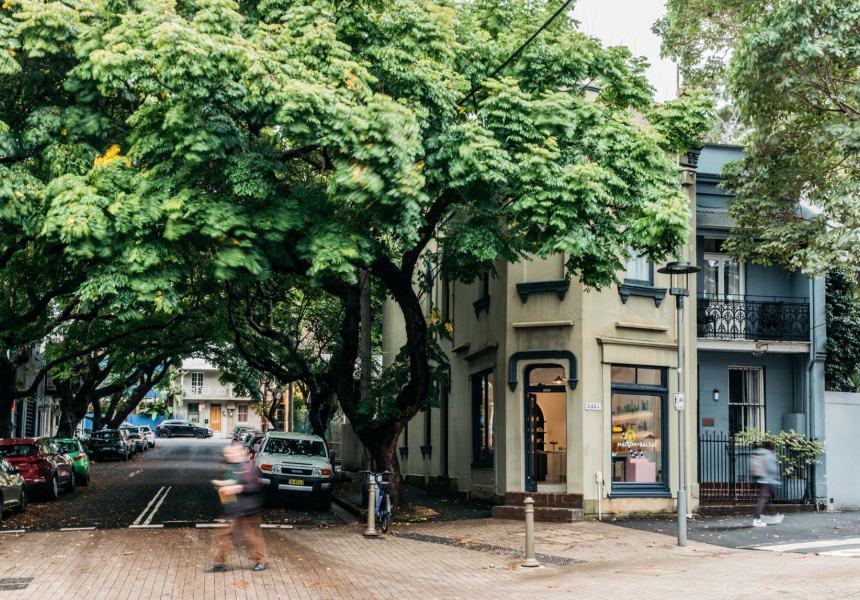 “My house is half empty because I’ve brought so many personal belongings into this space,” Elise Pioch Balzac says, laughing. “This store is almost not a retail space; it’s for people to walk into my home.”

The founder of Sydney candle and homewares brand Maison Balzac is speaking with Broadsheet in her new Surry Hills flagship store, which feels more like a chic Parisian apartment than a shop. It opens Thursday May 13.

There’s a Georges Braque print and antique piano sconces on the walls, a plush Faye Toogood armchair and a curvaceous coffee table by the window, and a Memphis giraffe lamp atop a candy-pink resin cube by Sabine Marcelis. These objects are all from the homes Pioch Balzac has lived in over the years, including a maison de maître (master’s house) in the south of France, a weatherboard church on the Hawkesbury River and now an apartment in Sydney’s Little Bay.

“I want to share the personal story of my homes over the years, because ‘maison’ means home and Balzac is my family name,” says French-born Pioch Balzac. “I want people to come in here and hear the stories behind the brand and the products they touch. Hopefully they might pick a piece and put it in their own home.

Pioch Balzac has employed scent, shape and colour to create her brand, which has been stocked by retailers around the world since she founded it in 2012. Her perfumed candles, colourful glassware, delicate oil burners and ceramic and marble pieces are now available in Maison Balzac’s own maison on quiet and leafy Bourke Street in Surry Hills.

“I love that we are off the beaten track,” says Pioch Balzac. “This is not a commercial street; it’s residential and proudly local. There is a real sense of community, and community to me is everything.”

Sales to the Maison Balzac online community increased exponentially during Covid-19, and the opening of a bricks-and-mortar store will allow customers to interact IRL not only with the brand, but also with Pioch Balzac herself.

“I’m going to be in the store every Wednesday to meet the customers in the morning or the afternoon,” she says. “I’ll be here to listen, to talk to them and to share a cup of tea.”

You’ll probably find her at the zebra marble and glass table she had custom built for the store by joiner and marble specialist George Gittany from Galleria Pietra.

“He did it in just eight days for us, along with a zebra marble point of sale,” says Pioch Balzac. “Without the zebra marble I think everything would have looked very minimal, but George suddenly had that slab available and was able to turn it around in record time.”

The store is the brainchild of creative director Laura Anderson and the debut retail project for new Sydney design studio Daam.

“I said to Laura and Daam, ‘The design is all in my head, so you have to read my head,’” says Pioch Balzac, laughing. “They looked at all my past homes, my French home and the church house, and they made it very personal. They knew what to take from my previous life to move it forward in a futuristic interpretation.”