Finding Beauty in the Seedy and Mundane

A local photographer has documented the decaying roadside motels on the outskirts of Sydney. 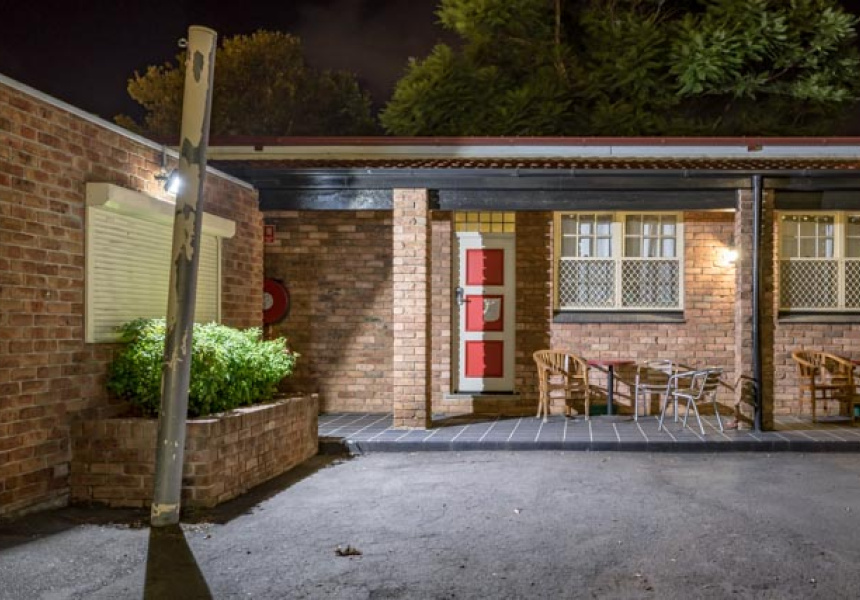 As a child Sydney-based photographer Brett Patman stayed in a good deal of motels when his family went on road trips. For him, a night in a motor inn was something to look forward to after a long day at the beach.

Motels continued to fascinate Patman as an adult. He still experiences a rush of adrenaline whenever he enters a new room. This obsession has led him to his latest passion project, Hotel Motel 101.

The collection features 101 images of motels within a 170-kilometre radius of Sydney, captured late at night or very early in the morning. In drawing attention to the seedy beauty of them, Patman hopes to create something interesting and thought provoking from a mundane, everyday scene that would usually not be considered beautiful.

“It's an idea I've been sitting on but I never really knew exactly what it would look like or how I would even start,” says Patman. “The catalyst that got me over the line was a week of binge-watching the TV series Mindhunter. The two main characters, Holden Ford and Bill Tench, travel across the US and stay in all of these simple three-star motels. The cinematography is so inspiring, which, for me at least, makes these motels seem appealing,” he says.

Patman brings out the individual personality of each motel with an attention to detail that extends to the red-bricked walls, jarring colour schemes and kitsch palm tree planters.

The motels in the series were found in towns such as Robertson in the Southern Highlands, Budgewoi on the Central Coast, over the Blue Mountains into the Central Western Tablelands, and through the Illawarra to Kiama.

Patman’s favourite is the shot of Thirroul Beach Motel, which took him two visits to get. “I had no idea until after I'd posted the image to Facebook and Instagram and people started commenting that it was the motel that Brett Whiteley died of a heroin overdose in 1992, which was kind of a sad realisation. The room, number four, appears in the photo.”

The full collection can be found here.

Brett Patman will be speaking on Saturday June 2 about The Ethics of Creativity at the Museum of Contemporary Art for Vivid Ideas Exchange. Tickets are on sale here.