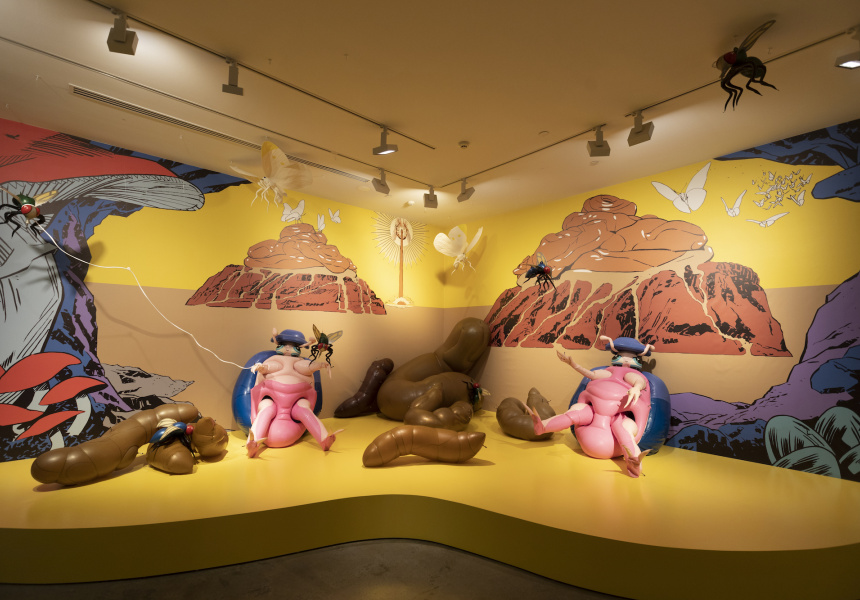 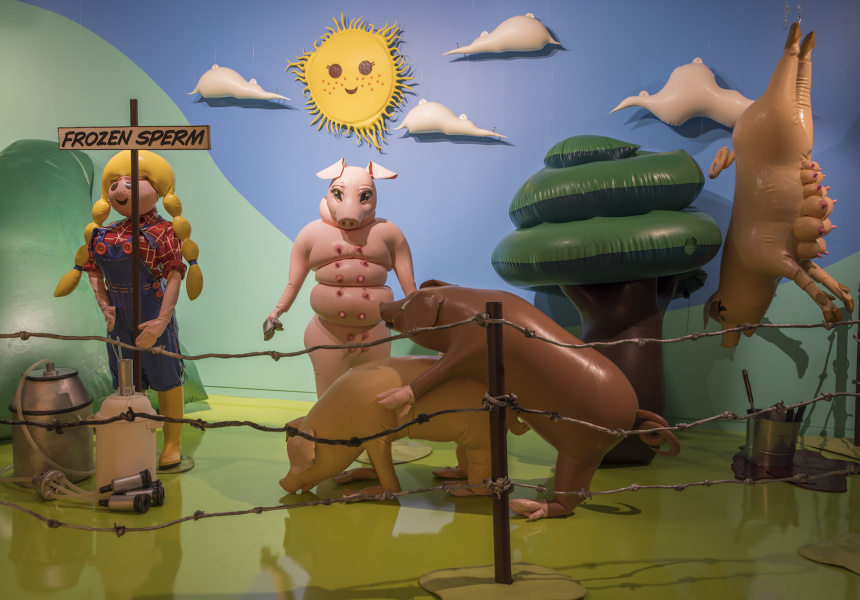 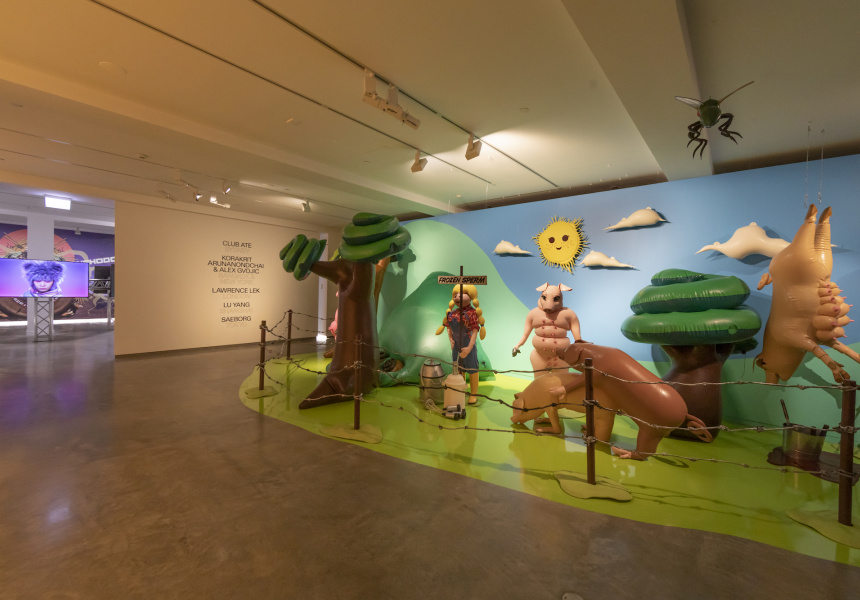 A Filipinx trans idol emerging from the body of a crocodile, larger-than-life-size latex dung beetles feasting on faeces, a farmer milking sperm, and a space satellite that just wants to be an artist make up some of the action on level one of the Museum of Contemporary Art from this weekend until October. Ultra Unreal, the museum’s latest exhibition, opens today and it’s a wild ride.

“All the artists are building worlds,” says curator Anna Davis. “And they create these worlds that are multifaceted and dealing with a multitude of different issues.”

Thai-born artist Korakrit Arunanondchai’s 48-minute film Painting With History in a Room Filled With People With Funny Names explores the practice of “ghost cinema”, in which films are projected into the forests at night in parts of north-east Thailand. “The only audience for these films are the ghosts and the spirits of the forest,” Davis says.

Each of the artists has some connection to underground club culture, or, in Davis’s words, “nightclub ecosystems”. Local art collective Club Ate (pronounced ah-tay) draw on Filipinx folklore and Sydney’s nightlife scene in their video installation and immersive soundscape, asking, “In the face of an uncertain future, how do we, as queer communities of colour, cultivate hope and create possibility?”

Perhaps the most eye-catching of the installations is Tokyo-based artist Saeborg’s Pootopia. In this technicolour latex dreamworld, Saeborg explores the concept of kimo-kawaii – when something is scary and cute at the same time. The artist’s practice has evolved from the queer club scene in Tokyo, where they began creating latex body-fitted costumes to wear to “escape the limitations of [their] own body, sexual stereotypes and gender expectations”, says Davis.

The museum had to find performers small enough to fit into the suits that Saeborg, who describes themself as an “imperfect cyborg – half human, half toy”, made to fit their own body. It takes an hour for each performer to get inside the intricately made suits, which are peeled back during live performances to reveal bones, guts and other innards.

“As an installation the costumes are still,” says Davis. “As performance the costumes evolve and transform to reveal how intricate they are. Things get slaughtered, a giant chicken lays eggs, guts spill out. There’s also a rural funland where kawaii dung beetles live in a pretty world surrounded by life-size inflatable poo.”

To mark the exhibition’s opening, the MCA is hosting a club-inspired night of performances, music and screenings on Friday July 22. Saeborg will present two 30-minute performances of their work Slaughterhouse.

On Saturday July 23, the MCA will screen an exclusive artist talk at 1pm with London-based artist and musician Lawrence Lek and curator Anna Davis, followed by a 2pm session of Saeborg’s Pootopia.

Ultra Unreal runs from July 2–October 2 at the Museum of Contemporary Art. Entry is free.