Festival for the Built Environment

For lovers of all things man-made, the Sydney Architecture Festival is an experience that’s not to be missed. You’d be forgiven for not having heard of the Sydney Architecture Festival, especially in 2013 - its inaugural year. Presented by the Australian Institute of Architects and the NSW Architects Registration Board, the festival focuses on exposing the public to a better understanding of architecture. It’s also the largest celebration of architecture and design in Australia, with over 70 events running across greater Sydney.

This year’s curatorial theme of ‘Your community, Your city’ takes the focus off physical buildings and instead looks at how to engage community participation with the history and architecture of Sydney, honing in on how local involvement can contribute to achieving a sustainable built environment.

The program for the festival is widely varied and includes talks, open houses, and architecture tours by foot, boat and bicycle, plus a range of exhibitions, activities for kids and public architectural installations.

Throughout the festival, Golden Age Cinema & Bar will show a program of the little known genre of “architecture films”. Don’t be put off though; the series of cinematic works will explore the effects of architecture on human behavior.

The history and development of some of Sydney’s most infamous landmarks will be explored during the festival. A tour of Cockatoo Island with deputy editor of the Sydney Harbour Federation Trust, Nick Hollo, will highlight some of the history of the island’s built structures, while the David Moore photojournalism exhibition will expose many never-before-seen photos of the construction of the Sydney Opera House to the public.

The Sydney Architecture Festival seeks to engage with the public to promote Sydney’s cultural identity as a contemporary city of superior architecture, which can hold its own on the international stage. 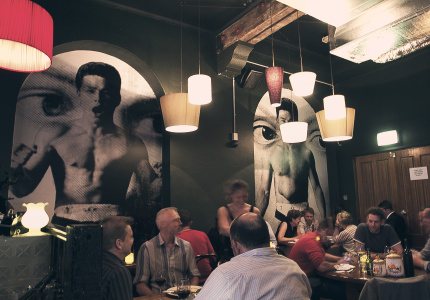