Eyes to the Sky

Artist Stephanie Gallagher peers into the blue for answers to big questions. 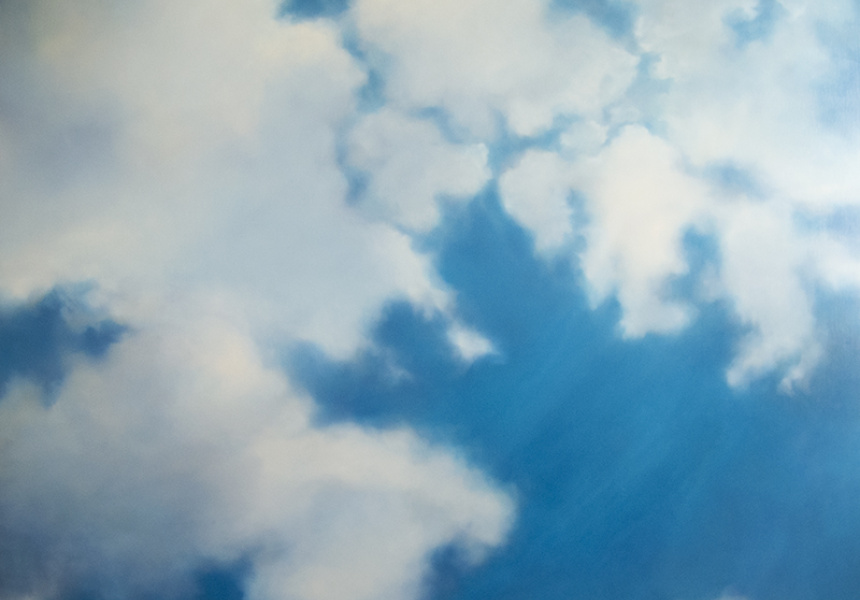 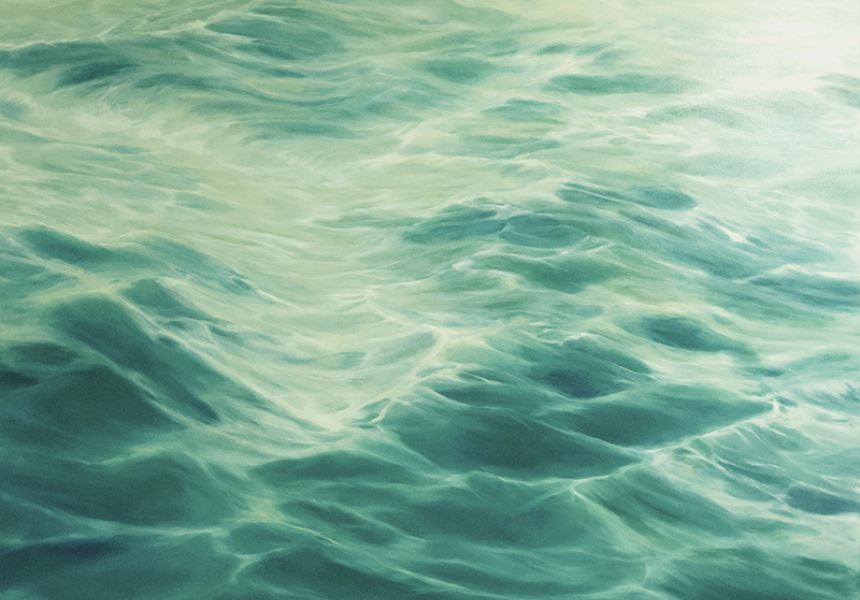 Canberra-raised artist Stephanie Gallagher, now living and painting in Lyon, France, has lost entire afternoons to questioning her place in the world. Since completing a Bachelor of Fine Arts at the National Art School (NAS) in Darlinghurst, her twin muses have been the sky and seascapes. She uses brushstrokes that walk the line between affecting and solemn, alive and yet still. “My aim is to engage the viewer in the same questions I ask myself: what is it that makes up who I am? What defines me? Is it my physical body? My potential?” asks Gallagher.

In Outside, which debuted in France last year and opens at Sheffer Gallery on January 20, Gallagher’s 12 works explore the transient nature of life and existence via portraits of the sea and sky. “I paint in oils, gradually building up thin and translucent layers, each layer leaving traces of the one beneath. With this, I can trace back the image’s history, giving it depth and subtly exposing its own timeline,” she says.

Alongside oils, Gallagher’s most recent work is paired with two self-produced short films. This time is a series of 48 paintings, photographed and run through a program called Morpheus, which creates additional images based on those applied. The second is of clouds dancing across a placid sky. The voiceover, supplied by friends and strangers, seeks to answer the biggest of Stephanie’s quandaries: what is the self and where does it end?

Outside by Stephanie Gallagher runs from January 20–30 at Sheffer Gallery, 38 Lander Street, Darlington. The exhibition opens on Wednesday January 20 at 6pm.