The world is full of talented people trying to make a living by doing what they love. How do you set yourself apart? 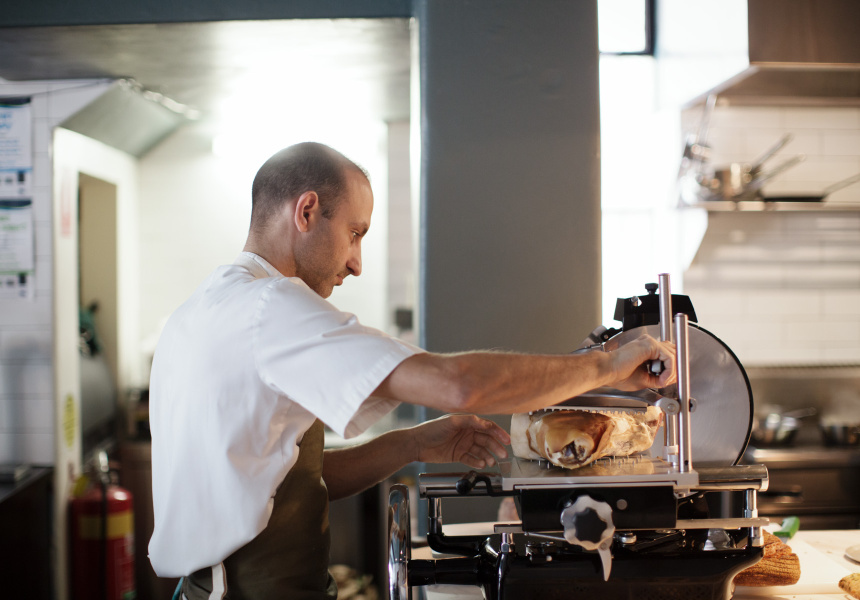 Making a living doing what you love can be rife with doubts and challenges. The world is full of talented people – how do you set yourself apart? It’s easy to talk yourself out of following your passion, but pushing yourself that bit further – and focusing on the finishing touches – can make all the difference.

Tim Shiel composes soundtracks for independent gamers.
Tim Shiel releases his own music under the name Faux Pas, tours as a multi-instrumentalist with Goyte, and, under the name Telling, makes emotional pop tracks with fellow musician Ben Abraham. But it’s his unusual “day job” composing soundtracks for independent gamers that has brought him most recognition. “I saw this great documentary called Indie Game: The Movie. It made me aware of the whole games-making scene in a way I hadn’t been before,” he says. “I got really curious about it and started asking around to figure out if something like that was happening in Melbourne, and it turned out it was.”

Shiel went on to compose the haunting soundtrack for Duet, a game by Australian studio, Kumobius. It’s an addictive, award-winning mobile game for which the user employs quick reflexes to avoid obstacles. Since its release in late 2013, Duet has surpassed 10 million downloads, but the soundtrack has garnered almost as much attention. So unique was Shiel’s work for Duet that in May this year it was given real-world form via a live performance by the Queensland Symphony Orchestra.

“I’m drawn to music that hits at the potential for people to be more than they are and for life to be more than it is,” Shiel says. “Music that gives people moments where they’re experiencing something that they’ve never experienced before, but they’re really enjoying it.”

His boundless experimentation is now taking him to make music for two more game-makers, one in London and another based in Melbourne. “These games are complex, interesting and thoughtful. This indie movement is drawing a whole new creative person into gaming,” says Shiel. He credits working with mastering engineer Lachlan Carrick as the vital finishing process that gives each song its final polish. “Final mastering is really important, even though it’s a bit of a dark art and a lot of musicians don’t really understand what it is.”

Daniel Anderson shapes custom skateboards by hand.
It’s one thing to know there’s still an appetite for handmade products, but it’s another entirely to leave a stable career for a completely different industry.

Daniel Anderson did exactly that. After leaving a stressful job in media sales, Anderson went traveling and surfing the east coast, stopping when he got to Crescent Head on the NSW north coast. Having skated since he was a kid in Brisbane, Anderson originally got into longboards through his love of riding waves, which evolved into to a desire to channel surfboard shapes into skateboards. Achieving styles he couldn’t find on the conventional market was the original goal, and it led to the creation of Crescent Head-based bespoke skateboard business, duskie.

“It takes me about four-to-five hours to shape one board,” Anderson says. “My process is longer than other guys who are doing it, but I really enjoy custom shaping boards – working with a client to make design tweaks and fussing over every single inch.” The boards are made from skate-industry standard Canadian maple, though Anderson wants to use Australian woods as a tribute to the local landscape. The finishing touch is then engaging local artists to paint the decks with custom designs – from Studio Ghibli tributes to original artworks.

Anderson also recently formed Board Couture Store – a global platform for skaters and shapers to intersect and collaborate as a community. “With custom, I’m going to be dictated to as to where it evolves. It’s just a matter of sitting down and enjoying the ride, and listening to the audience.”

Andreas Papadakis cooks simple and honest Italian food.
Every week there seems to be a new doughnut, milkshake or theatrically flavoured food trend to try. But Tipo 00 chef and co-owner Andreas Papadakis is choosing to make humble and familiar fare. In the kitchen of his restaurant in Melbourne’s CBD, Papadakis kneads dough into soft ribbons of pappardelle and pockets of tortellini. Behind each fluid motion is a genuine love of hospitality and a desire to improve upon the day before, and it’s drawing crowds.

“Currently I am trying to blend innovation and tradition, with the final result being honest and unpretentious,” he says simply, though his dishes are anything but simple. His riso vialone nano spins native saltbush and stinging nettles through risotto.

Papadakis’ approach to food and service is proving a winning formula – less than a year since opening, Tipo 00 already feels like a time-tested pillar of the local Italian-restaurant scene.

“Knowledge and experience always give you a head start when you are trying to come up with something new,” he says. “Most of the time, trial and error and teamwork, combined with discipline and patience, give us the best results.”

This article is presented by Jacob’s Creek Double Barrel. 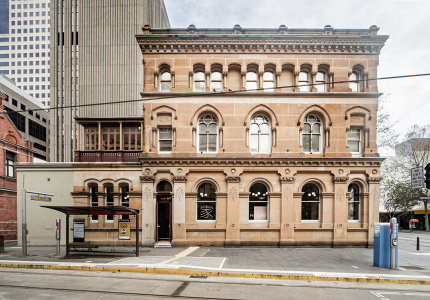