We ask Darkside, the collaboration between Nicolas Jaar and Dave Harrington, about the pair’s top duos of all time. 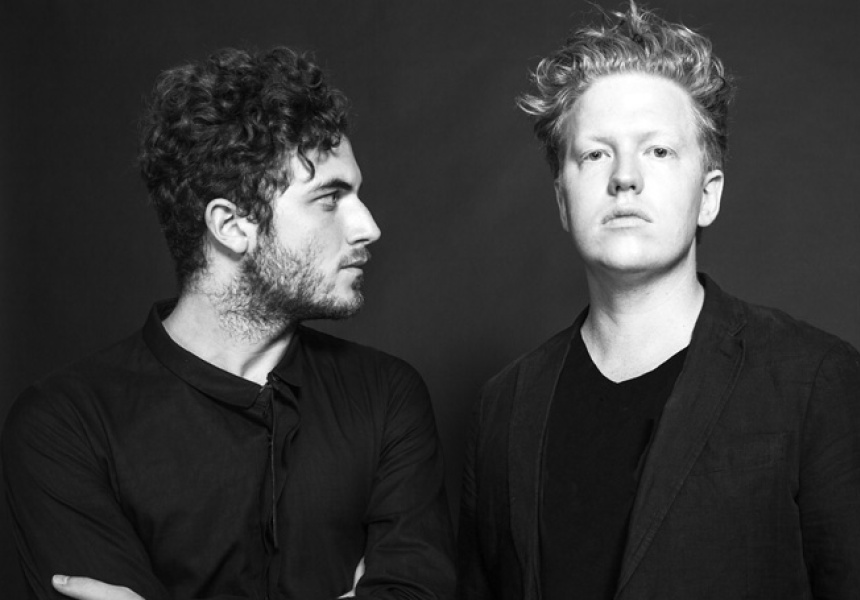 After selling out its Sydney Festival show earlier in the year, Darkside return to Australia this week to play in Sydney and Melbourne, and will be supported by one of Sydney’s hottest on-the-rise bands, Movement. On the eve of its tour, and in celebration of all things paired, we asked Dave Harrington to divulge his top musical duos and collaborations of all time.

Carlos Santana & John McLaughlin
“Say what you will about ‘fusion’ but Love Devotion Surrender is one of the most beautiful, deeply spiritual albums ever made as far as I'm concerned.”

John Zorn & Fred Frith
“The only record I have by these two is from Zorn's 50th Birthday Series, recorded live at Tonic. I went to a lot of those nights during high school, so I have deep memories of that room and can picture it just from hearing how applause sounded in there. Zorn and Frith usually do a few concerts together every year and I was lucky enough to see them at The Stone in NYC a few years ago, sitting on the floor only a few feet away from Frith and watching how he interacts with and manipulates the guitar was truly life changing.”

Daniel Lanois & Brian Eno
“I don't know if Lanois and Eno count as a musical duo per se, but as a production team and as an example of extremely different but complimentary experimenters, these two are a constant source of inspiration for me.”

Steely Dan
"Kid Charlemagne. What else do you want?!”

Sunn O)))
“[Stephen] O'Malley and [Greg] Anderson have forever and indelibly changed the way I think about the guitar, volume, intensity, and the power of sound."