An Endearing Intricate Map of Sydney, As Seen Through Fresh Eyes

It took 1000 hours to illustrate and includes some cute, unexpected details. 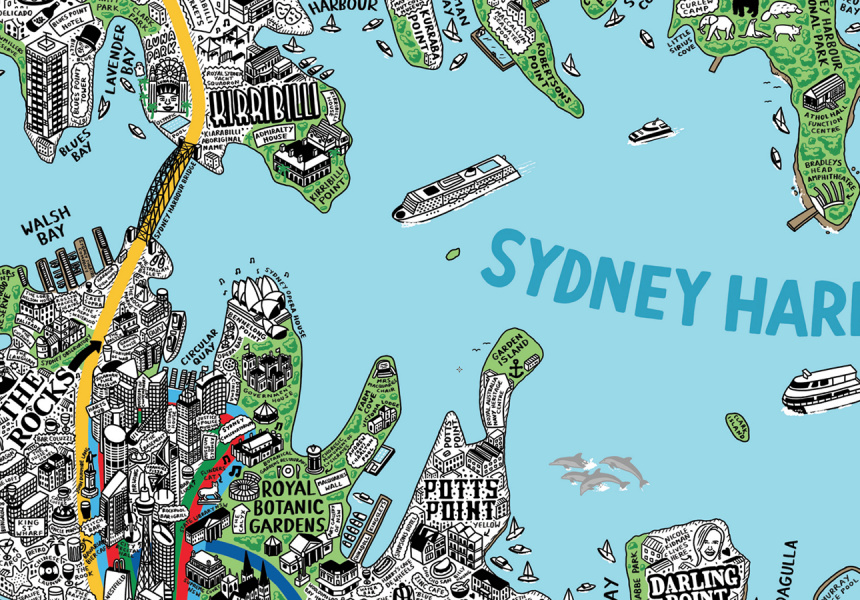 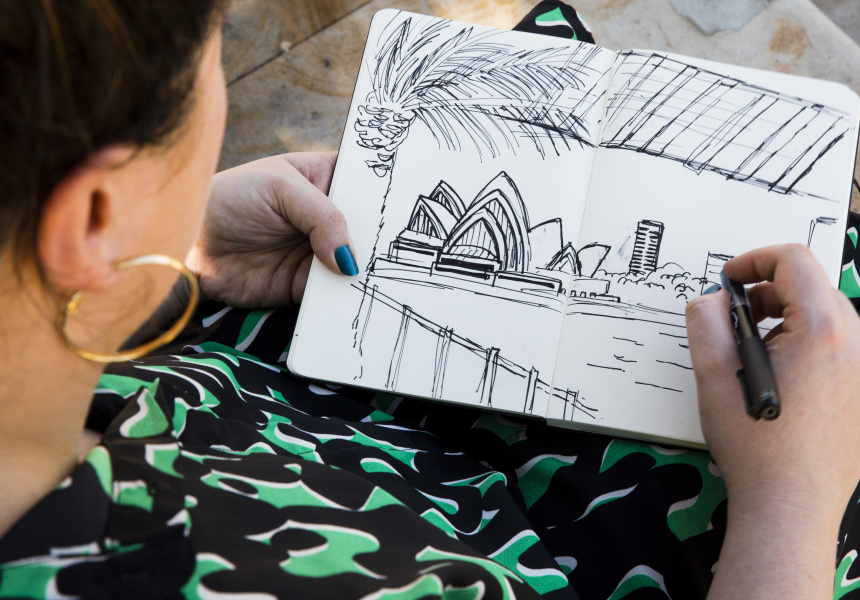 She’s drawn intricate, playful maps of her home city London, and flexed her cartography skills on global cities such as New York, Paris, San Francisco and Berlin. Now, illustrator Jenni Sparks has teamed up with online giftware shop Evermade to produce a detailed map of Sydney.

It’s not your average tourist map. Referencing everything from local architecture and graffiti, to street food and our Indigenous history, it captures the spirit of Sydney in sweet little squiggles.

The map – which took 1000 hours to create – covers the usual suspects: the Opera House, the Harbour Bridge, the Coca-Cola sign and Bondi Beach. But it’s also dotted with features that will put a smile on locals’ faces: a fried egg to mark Newtown’s Egg Records, a teapot for World Bar in Kings Cross and a bearded tote-bag-carrying hipster wandering the streets of Stanmore. There’s also Aboriginal flags demarcating Gadigal and Borogegal lands, and a sail ship marks the spot where the Dunbar was wrecked in 1857.

Over four months of “visual research” of Sydney, Sparks donned her tourist cap and explored the city by foot, by ferry, and in the passenger seat of new friends’ cars, and discovered some surprising things about our beachside backyard.

Of course, there was the abundance of nature via our parks and harbour views; our pristine beaches loved by locals and visitors alike. But for Sparks, the pleasant surprise was the city’s bubbling creative scene.

“I was told that Melbourne was more artsy,” Sparks told Broadsheet, “but checking out places like Surry Hills and Newtown showed me that there was an edgier side to the city too.”

Sparks also told Broadsheet about the most endearing aspects she stumbled upon in her time as a professional Sydney tourist. Here is her top three:

The community spirit of the city
“I got lost on a bush walk in a nature reserve one day and met a man who helped me. He started talking about how there was a strong culture around the concept of being a ‘mate’.

In England we love the cliché of ‘G’day mate’, but I didn’t realise the whole idea behind that is that everyone is a ‘mate’ and that people should look after each other as the territory can be dangerous at times and they are so far away from the rest of the world.”

Our love of food
“I stayed in an Airbnb and the owners gave me a full spreadsheet of categorised places to eat in Sydney. It’s almost like a sport. Everyone I met would recommend different restaurants to me with so much passion and enthusiasm.”

The pride and pure love for the city
“I met people from all different walks of life but the one thing in common I learned was just how much everyone loved Sydney and how willing they were to help me show it off in art form.

I got driven around lots of different places and the locals would show me places they’d lived or [that had] been big parts of their lives.

I loved hearing all the different life stories and different experiences people had had in the city – after all when you’re drawing a map of a city, you’re really drawing the collective lives of all kinds of different people and that’s why I love what I do so much.”