Dolly: The Making of a Ten-Foot Woman

Get ready to meet the oversized, illuminated doll coming to an Instagram feed near you. 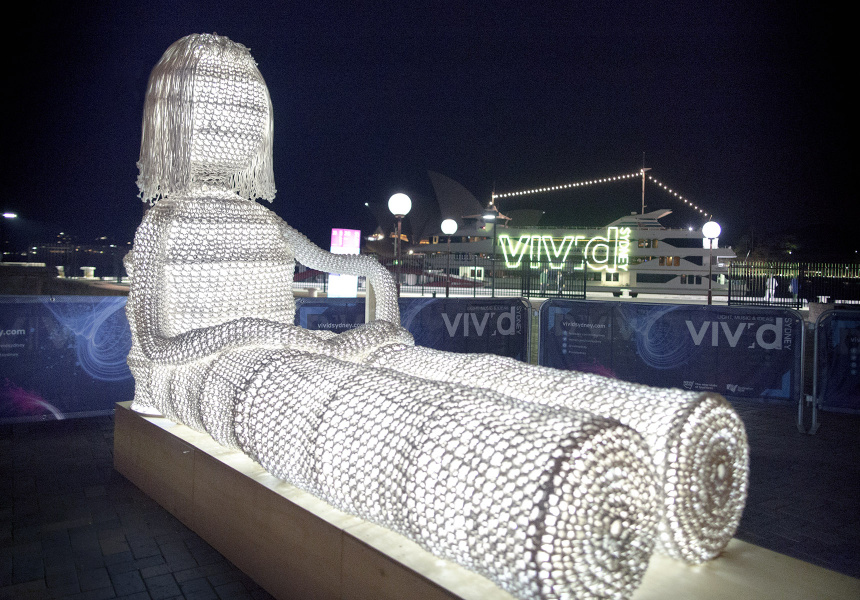 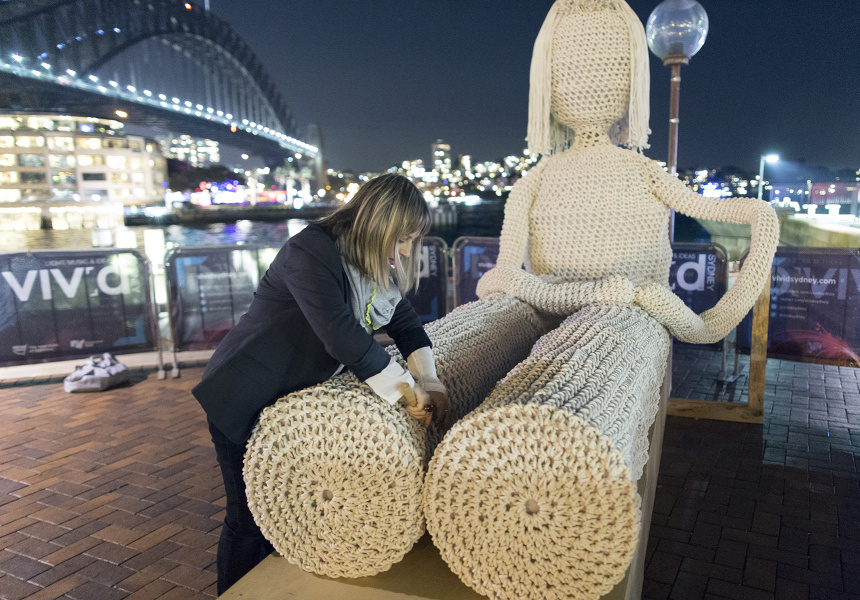 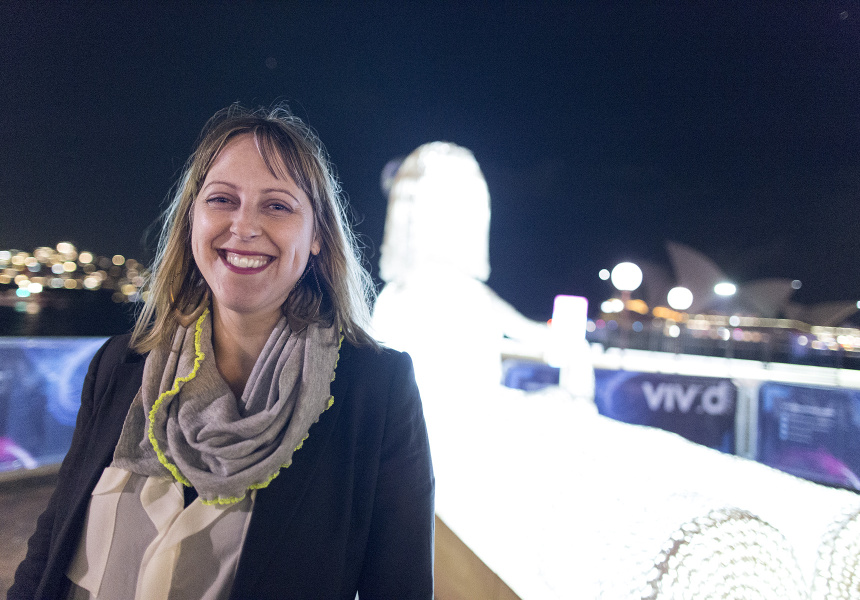 Tina Fox specialises in creating large-sized sculptures from handicrafts. Her specialty is crochet; a skill she’d vaguely learned as a child and then sharpened via YouTube a couple of years ago. It’s turned out to be quite productive.

Her sculpture for this year’s Vivid, Dolly, is a three-by-five-metre crocheted doll embedded with LED rope to ensure she is on brief for the winter light festival.

Trained as an architect and interior designer in the UK, Fox’s artworks are inspired by the restrictions of those jobs. “A lot of architecture is very computer-based, which makes everything very straight and rigid and technical. I like to combine architecture with the handmade qualities of crochet, the crafty, imperfect side. I think that’s the thing you experience live: all those little imperfect parts that you can’t really plan for.” Instead of tweaking floor plans she has the chance to work with tactile, homey materials on an architectural scale.

Dolly is three metres tall, is made with 250 metres of LED cable, three kilometres of rope, a whole lot of timber and took one week to crochet. And that doesn’t account for the time it took to plan and transport her, build her frame and get the sign-off from an engineer.

Fox had tactility and interactivity in mind when designing her. At last year’s Vivid, Fox showed Magic Circle, a two-metre-square doily, where the “touch-ability” inherent in crocheted objects seemed to appeal to people’s memories and sensibilities. “Crochet’s got this really touchy-feely aspect to it,” says Fox. “Even when I was installing, everyone was desperate to get up close and personal, have a picture, touch it or interact with it, or work out how it was done or share a memory about their grandmother or their wife, or crochet they’d done, or wanted to do. It’s a very personal thing.”

Similarly, Dolly is drawn from a childhood relic of Fox’s – a soft glow-worm night-light that could be cuddled in bed and keep the dark at bay. But that’s not to say Dolly is a purely comforting presence on Campbell’s Cove. Though she invites you to tuck yourself under her arm, her featureless face and oversized form have a menacing quality, too. “There’s definitely something quite sinister about her, which I really quite like,” says Fox.

But Dolly has been made to be played with, to be prodded and poked, and – a Vivid hallmark – photographed; to offer a visual memento. “When I designed her I really wanted her to have that ‘Kodak moment’, as I would call it in the old days.”

So what can you do after you build a giant glowing doll that sits on the edge of Sydney harbour waiting to hug any willing stranger? Think bigger, more architectural: “I guess each of these projects is a step on the way,” says Fox. “I feel like they’re one massive research project, and eventually I’d like to crochet a building.”

Dolly is a part of Vivid 2015 located at Campbells Cove (at the end of the Overseas Passenger Terminal), Sydney.
Dolly will light up from 6pm–midnight from May 22 to June 8.