Step into the '70s set of Girl Asleep, a hilarious coming-of-age fantasy showing at Belvoir now. 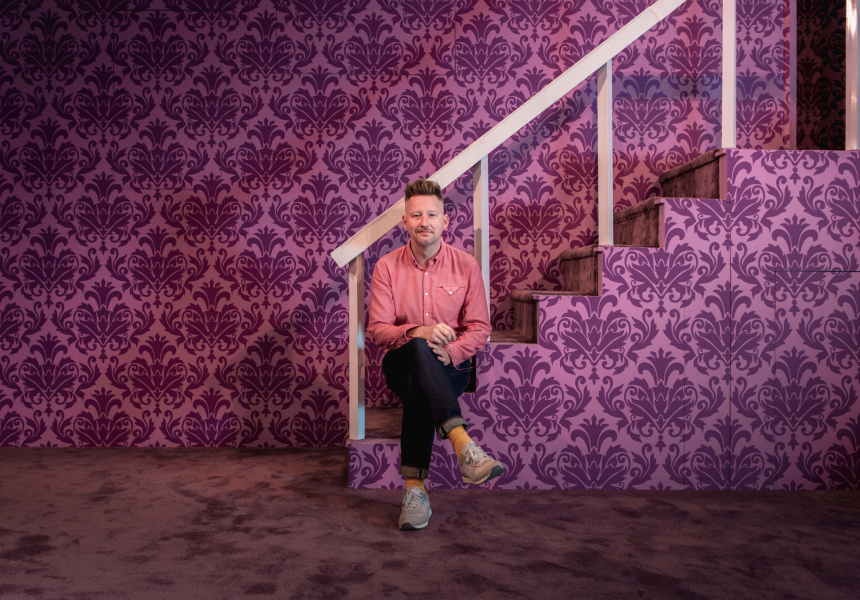 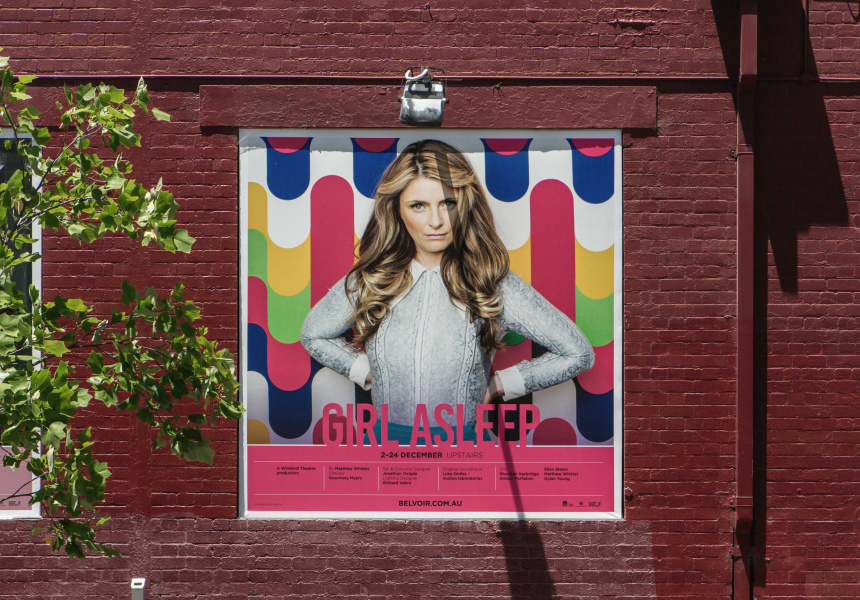 Jonathon Oxlade really can’t lay claim to being a child of the ‘70s, but he does a mean shag-pile carpet, set of lamb chops and scarily lurid wallpaper for someone who was born in the last year of this oft-ridiculed decade.

The Adelaide-based set and costume designer’s latest job is Girl Asleep, a hilarious coming-of-age fantasy that sends you into a world of Formica kitchens, bad dad shorts and Olivia Newton-John sweatbands, rounded off with a soundtrack of Donna Summer and Kiss. It’s so bad it’s brilliant.

Girl Asleep, both a feature film and a newly opened play at Belvoir, tackles that pivotal but intimidating time when we move from childhood to adulthood. The play revolves around Greta Driscoll, a shy, unassuming girl who is so desperate to ward off her teenage years she disappears into a parallel fantasy world where cringe-worthy parents and bitchy schoolgirls don’t exist and fantastically romantic heroes do.

The play is the third in a loose trilogy of works devised for Adelaide’s Windmill Theatre by the creative team of director Rosemary Myers, writer Matthew Whittet, sound designer Luke Smiles and Oxlade, which includes Fugitive and the award-winning School Dance.

For Oxlade, the success of their productions is partly due to the fact they are all working outside their training. Oxlade has a background in fine art and illustration; Whittet is an acclaimed actor who regularly appears on stage with the STC and Belvoir (he also performs in Girl Asleep); and Smiles is a performer known for his work with Melbourne dance company Chunky Move, among others. Then there’s Myers, whose raison d’etre is to reach out to younger audiences, telling and sharing their stories, albeit in non-linear ways.

“We’ve all come from different disciplines so our inspiration is broad, but based in bower birding and seeing things outside just one form,” Oxlade says. “Sometimes it’s better to connect through a different lens.”

And what a lens. The inspiration for Girl Asleep came from seminal TV shows The Brady Bunch, Kingswood Country and Puberty Blues.

Girl Asleep has been revised for its Belvoir production and the set custom-built. Oxlade clearly had a ball designing the 30 costumes for the adult cast, many of them causing audiences to cringe with recognition.

“Matt is based on my father and a bunch of his friends who were plane spotters. He wears the classic short shorts, bus driver socks, mo and side leavers,” Oxlade says. “Audiences crack up when he walks down the stairs. It’s a good look, people, there’s some good things about short shorts!” There’s also plenty of tight Bonds t-shirts, large collars and OshKosh overalls. Costumes and set pieces were sourced from op shops, eBay, and even people’s garages.

Creating the film was a different matter; the advantage of hiring costumes was a revelation to Oxlade. “We had racks and racks of flairs to choose from. Do you know how hard it is to buy flairs [for theatre]?” he says.

Girl Asleep was the team’s first foray into film and shot on a modest budget, so Oxlade was gratified to see the positive response and numerous awards it has garnered.

“We had a fucking ball, but to tell you the truth the response has been quite unexpected,” he says. “Let alone being nominated for best film at the AACTAs and up for seven awards. That’s beyond our expectation of what that tiny little film would do.”

After this interview, Oxlade won an AACTA award for Best Costume Design for the film.

Nevertheless his immediate future happily remains in theatre. He has recently finished the musical Rumpelstiltskin, also with Windmill; and is now working on Mr Burns with director Imara Savage, a 2017 co-production between State Theatre Company of South Australia and Belvoir.

“There are so many imaginative spaces humans can build and inhabit; it’s a nice respite from the real world,” he says. “I love promoting parallel worlds so I want to do that for as long as I possibly can.”

The feature film Girl Asleep will screen on ABC TV on December 11.