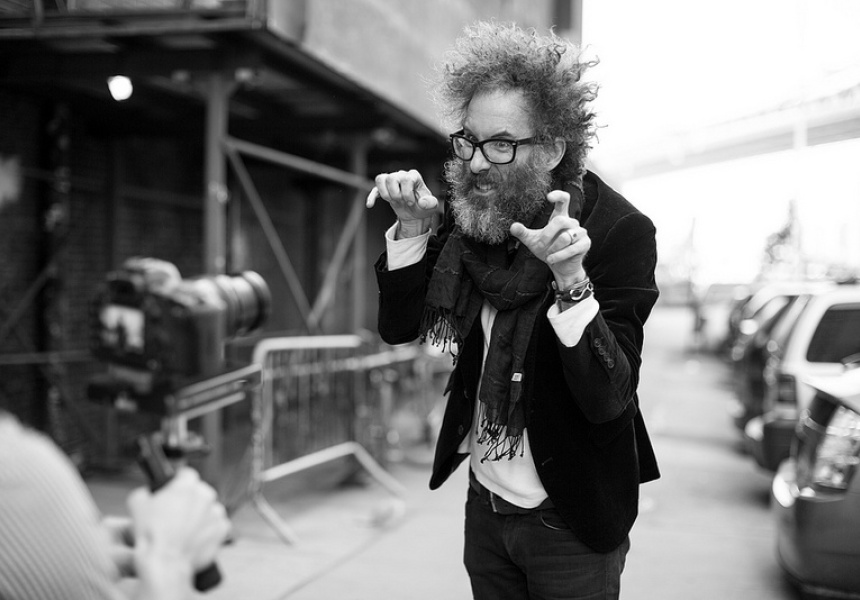 Professor of industrial design and assistant director of the Idea Factory in the College of Architecture and Design at the New Jersey Institute of Technology, Brooks Taliaferro Atwood commands a certain kind of respect. The co-founder and principal of award-winning Brooklyn-based practice POD Design, he is an industrial, architectural and digital design grandee, complete with static fro and Pepe le Pew beard.

The accomplished “creative agitator”, lauded by the likes of The New York Times, New York Magazine and Wired – and an early proponent of 3D printing and sustainable mass production – is a fervent disciple of risk. He pushes his students by showing them that “epic failure”, as he puts it, is not only okay, but beneficial. “What I do every day is fail,” he says. “I want them to enjoy this process.” He says it’s important to be curious and not worry about appearing outside the norm. “If you are at a restaurant, don’t be afraid to lie down on the floor and look at how the table legs are connected.”

Living and breathing his own lessons, Brooks believes in the importance of being immersed in your surrounds. “Pull something out of its normal context and show it in a different environment. I am looking for textures and materials and the way things feel. I like to lick things.” He carries around a beautifully designed pocket knife, a pony fuse and brass keys, among other curiosities. He’s looking for textures and colour references, noting that his wife is probably wondering why he keeps bringing weird stuff home.

Brooks helps his students be a bit more ‘cool’. He talks about the importance of image as a designer, and particularly as a student. “Ultimately, you are producing an image that you’re going to sell to the client…I help my students put together [outfits] – some of them don’t know how to dress, they’re from New Jersey – and they improve and start speaking more confidently when making presentations.”

Atwood applies that same zeal for life and sense of adventure to his practice as he does to his teaching. The son of an architect and engineer, he grew up building and designing boats and once moved to Paris on a whim, where he studied for 18 months and “had to learn French really fast”. According to Atwood, the point is that in order to improve, designers must eliminate fear. “I have a no-negativity policy in my studio and in class. We try to talk about any topic – there’s no taboo.”

In a true testament to the variety of his output, Brooks recently used physical materials and textures, motion tracking and interactive sound to create a visceral environment that simulated the experience of multiple personality disorder (as portrayed by Toni Collette in television series The United States of Tara).

When it comes to inspiration and channelling creativity (a timely topic for those currently occupied by Vivid Sydney and post Semi-Permanent talks), Brooks says he is into discovering other peoples’ ideas. “I inspire myself with other creative people – fabricators and artists and people who are making things.” Fittingly, Brooks’ neighbourhood is a good place to be, especially as he prefers to source locally and sustainably. “(Brooklyn) is starting to become a fabrication centre…it’s being touted as the new Milan,” he says.

You’ll find him at, say, the glass blowing studio, watching the manufacturer and asking him questions. “I get really excited about the possibilities that lead to relationships and innovation. I am always in a position where I am willing to learn. I am not an expert in pottery or ceramics and being open-minded is going to make your work better.”

Brooks is speaking in Sydney on Wednesday June 5 and in Melbourne on June 6 as part of the Portable Presents series of talks. These always sell out fast, so hurry up and get your ticket here.