"David Bowie Is" in Melbourne

Plan a weekend around the not-to-be-missed exhibition, "David Bowie Is", on now in Melbourne. 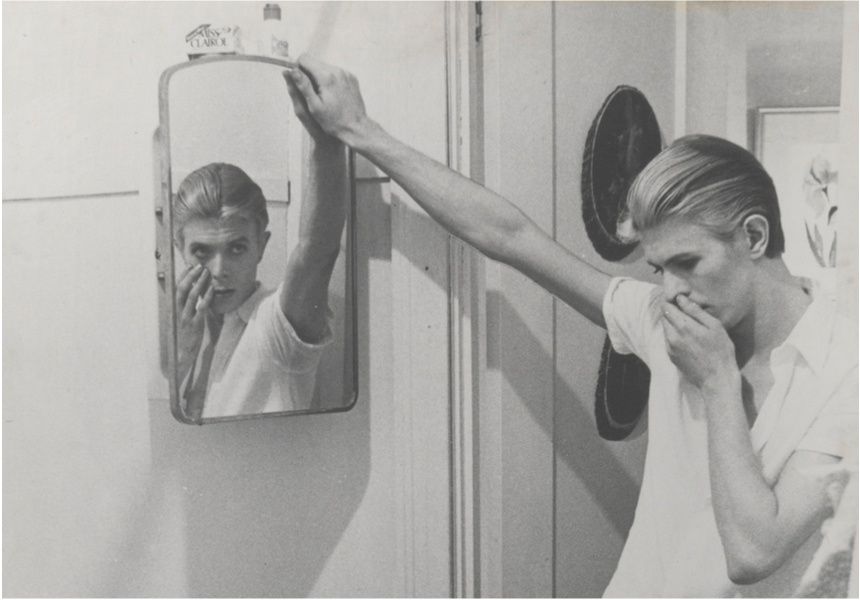 Collage by David Bowie of manipulated film stills from The Man Who Fell to Earth, 1975?6. Film stills by David James.

Melbourne’s ACMI (Australian Centre for the Moving Image) is hosting the fastest-selling show ever to display at London’s Victoria & Albert Museum. David Bowie Is presents an insight into one of pop’s greatest icons. It explores the history of Bowie’s life and his fascinating creativity. ACMI is also embracing the Bowie spirit with a symposium, workshops and late-night performances.

David Bowie Is brings together artefacts from his creative pursuits. More than 50 costumes, 300 items, stage sets, hundreds of photographs, rare footage and films follow Bowie’s 50 years as an artist, depicting the culture that influenced him and later was influenced by his unique form of individualism. A highlight is the Starman outfit, which was worn on his appearance on Britain’s Top of the Pops in 1972. The creative, androgynous outfit was what won over many of his fans and visually established Bowie as innovative, bold artist. The outfit Bowie wore on tour to promote album Aladdin Sane introduced Bowie’s new persona, who dressed in a fusion of traditional Japanese and ultra-modern clothing, the result of a collaboration with Japanese designer Kansai Yamamoto. Also featured will be artefacts from Bowie’s time down under, including storyboards and stills from hit Let’s Dance, filmed in various locations around Australia.

Symposium: The Stardom and Celebrity of David Bowie

At this two-day Bowie forum, art practitioners, cultural commentators and international academics will explore the cultural and artistic significance of Bowie and his legacy. Topics will include his transgression of traditional gender binaries, his fluid representations of race and sexuality and his impact on the idea of celebrity and stardom over his time as a performer. Panels, talks, presentations, performances and keynote speakers will look beyond the glitz and glamour of pop at Bowie’s contributions to all facets of pop culture and society.

At ACMI from July 17–18. Tickets and information are available here.

A collection of high-profile cultural and media personalities, all Bowie fans, will discuss the pop icon’s contributions to culture across the eras. By exploring his impact on fashion, his musical tastes and lyrics and his personal experiences, speakers will try to put together the pieces of the Bowie puzzle to understand the man behind the artistry.

On Thursday and Friday nights exhibition goers can enjoy a glass of wine and diverse musical talent. The DJ sets on Thursdays and the bands on Fridays are strictly Bowie-themed. Artists include Total Giovanni, Bombay Royale, Geraldine Quinn and Sleep D. Entry is free for the public, however ACMI ticket holders will be given priority.

Can’t make it to Melbourne? To coincide with the opening of the exhibition in Melbourne, Golden Age Cinema & Bar will be showing flicks that starred, featured, cameoed or even mentioned Bowie (including Labyrinth, Zoolander and Dogs in Space). Come dressed Bowie style and relax with a Bowie-themed cocktail. Don’t miss solo artist Geoffrey O’Connor who will be covering Bowie classics on Friday night.