St Vincent speaks of collaborating with David Byrne and what it really takes to make music work. 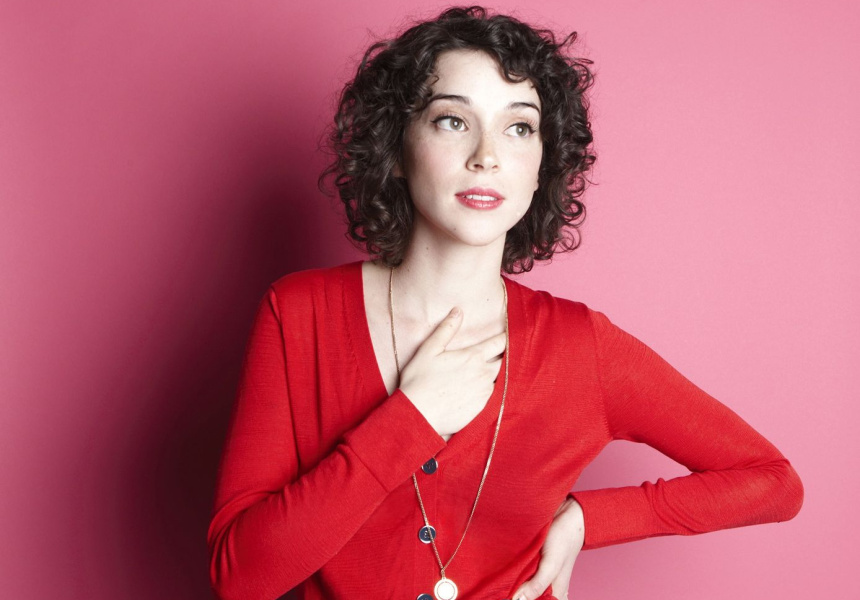 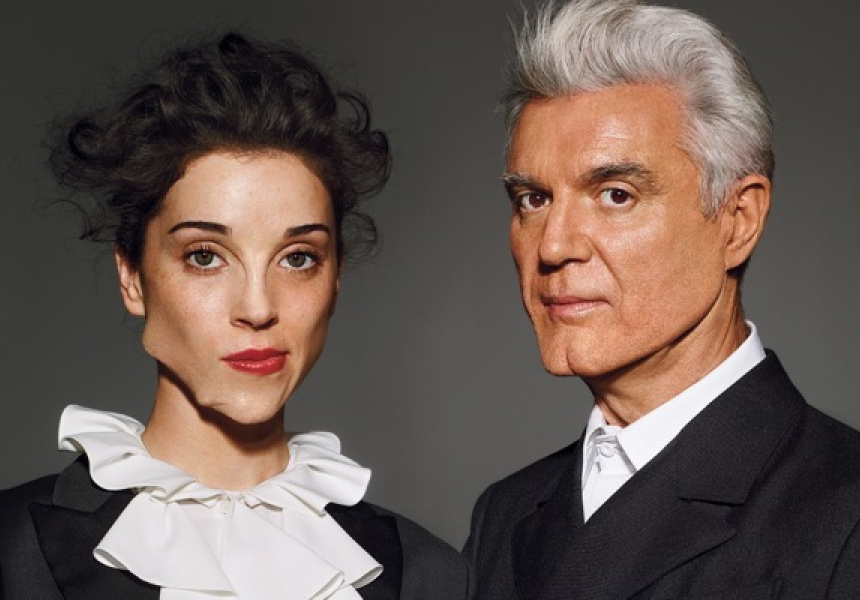 Annie Clark isn’t one to satisfy expectations. It’s the start of the weekend when we catch the musician better known as St Vincent in her New York apartment, and she’s staying in. "You can't really go out in my neighbourhood on a Friday night. It's just over run by tourists and people wanting to get wasted and get their rocks off," she says rather starkly.

But her tune is quick to change. The mention of her upcoming Australian shows, on the back of her collaboration with iconic former Talking Heads frontman David Byrne, dramatically lightens the mood. Clark is the first to admit their collaboration was somewhat unexpected. "We met at an charity event and talked about things, but we didn't know at the time it was going to turn into what it did."

The product of their unassuming coming together, Love This Giant, quickly turned into one of the most hyped albums of 2012 and shed new light on the artistic sensibilities of an already respected Clark.

Known predominantly for her solo efforts, working with Byrne ended up being a far greater learning curve than originally expected. "I knew I had so much I could learn and we both thought it could be a good idea and complementary,” she says. “I wouldn't just collaborate with anyone, but I was really so excited to see what the collaboration would produce and where it would go."

So what's it like to work with one of the best-known musicians of our time? "He's very free," Clark admits with a laugh. "He's almost a surrealist. Most people are unbalanced by the conventions of good and bad, but David doesn't place those judgements on music."

Growing up in Texas, music was always in Clark's plans. "I had always wanted to see what it was like to be a real musician," she admits. Crediting her aunt and uncle with sewing the seeds of her musical education and growth, the words uttered to her so many years ago are ones that she still carries today. "They always said if you were good to the music, the music would be good to you. And now I get to travel to Australia to play shows, so it's really an amazing feeling. But you know, in reality I believe anything you want to do requires hard work."

Spending several years bouncing around with other successful acts such as The Polyphonic Spree and Sufjan Stevens, it was only in 2006 that Clark decided to go out on her own and embark on a solo career. "It was a lot of work and a lot of working at it. It still is. I don't believe it when people say 'Oh, it just comes to you'. If it was like that, we'd all have to have a butterfly net waiting and track the most regular times and keep a schedule or something, which goes against what it's all about anyway. I think that the more you do it, the better you know yourself and are able to define what works and what doesn't, but getting to that point definitely eats your time – it just depends on whether or not that's what you want to spend it on."

Lately, almost all of Clark's time has been spent on promoting and touring on the back of the unexpected success of Love This Giant and becoming better acquainted with the infamous enigma that is David Byrne. As lead singer of Talking Heads for 16 years – not to mention a string of solo albums and collaborations with Brian Eno, Devo, Arcade Fire and Morcheeba – his status was well known to Clark prior to their meeting. "Remain in the Light was a big staple for me growing up. Since I've been working with David I've gone back and re-listened to it lately and it's still as incredible an album as it was then. There's something he does to music that makes it almost time-proof or something."

Happily, Clark announces that shows include performances from both artists’ back catalogues, as well as Byrne's famous stage moves. "Yeah, he dances a lot. It's pretty great. We all do though, it's a really theatrical time on stage when we're playing."

But not quite like the show being given outside the window as we speak? "No, nothing like that. Less vomiting and photos being taken," she says with a final laugh.