Creative Couples: The Furniture Maker and The Interior Designer

We spoke with couple, furniture designer Cameron Foggo and interiors storeowner Shelley Mason of Project 82, about life, design and working together. 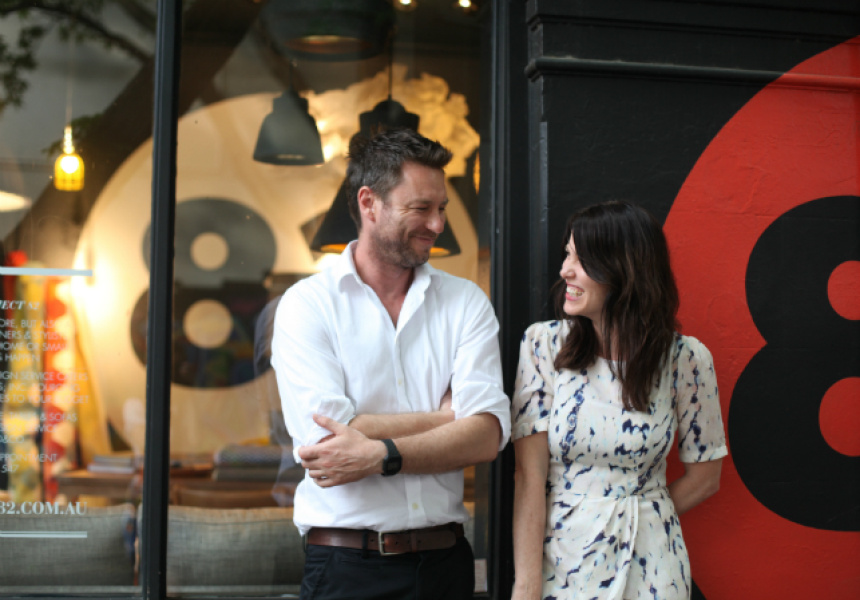 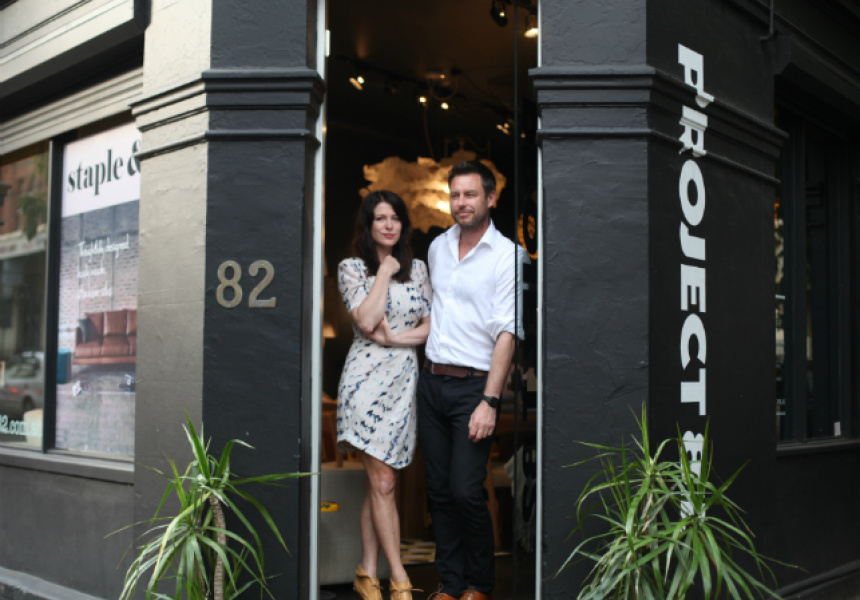 It’s often said that opposites attract, but that wasn’t so for couple Shelley Mason and Cameron Foggo. In fact, it was more a case of like-attracts-like with these two.

Sitting with the pair over a beer at the Cricketer’s Arms, it’s clear that they are well matched. They laugh and tease one other, sharing in-jokes, as I ask about how they met. “I stalked him,” says Mason, giggling. “No, the strange thing is we’re not even Facebook friends yet.”

The status of their relationship in the social media realm aside, there’s a lovely level of familiarity and intimacy between the couple that belies the fact that they have only been together a few months.

“We met for the first time in the Project 82 shop when Cam popped into the store earlier this year. It later transpired that we [at the time] lived in the same street in Sydney. We ended up bumping into each other at our local cafe and having a chat,” explains Mason, who owns the aforementioned Project 82, a Surry Hills-based interiors store/showroom, which she runs alongside a commercial and residential interior design service. Foggo, coincidently, is a furniture and interiors designer and painter.

Over time, as the two came to know each other better, they learnt they had a lot in common. Both are parents (Mason has a little girl called Lu and Foggo a daughter called Ruby). They also shared similar upbringings, growing up in the industry through their involvement in their family’s businesses.

Mason, born and raised in Sydney, got her start in the industry working with her parents – who are furniture wholesale agents – for four years after the birth of her daughter. “This gave me a great grounding in the industry and helped with product knowledge and brands. When the shop space in Surry Hills became available, Tom (my business partner, who also owns the building and is a good mate) offered it to me as a pop-up store space. So that’s how we started, but since then we’ve evolved into something quite different.”

A varied background in PR and marketing and a stint spent renovating houses meant she was more than prepared for the varied nature and skill set required to run a small business like Project 82, which marks its second birthday this month.

Foggo also grew up in the industry, watching and learning the trade firsthand from his parents, who are both furniture designers. A Christchurch native, he moved to Sydney 18 months ago, shortly after the earthquakes hit his hometown. “I’ve been designing furniture in New Zealand for about 10 years with my parents’ business, Belle Interiors, and I started Nonn [his own furniture brand] six years ago,” he explains.

Since moving to Sydney, he has been busy overseeing the launch of Workshed (a wooden furniture and dining table brand that launched three years ago in New Zealand) and Staple & Co (a sofa brand that launched in September this year) into the Australian market.

As is often the way with couples that operate in the same industry, a working partnership came to co-exist alongside their relationship. “We started working together, collaborating on interior design projects with clients and that has expanded into other creative ventures relating to Project 82,” says Foggo. When quizzed about how they find working together, he adds, “Good, we’re lucky. We have very different skills.”

Perhaps the pair’s ability to balance both facets of their relationship well can be attributed to yet another similarity – a shared aesthetic and approach to design, which was something they first noticed when they both unintentionally kept turning up dressed alike whenever they would go out.

“We’d be wearing the same shoes, or identical coloured tops or outfits, even pieces from the same brand’s collection,” explains Mason, laughing. It was an affliction that would often result in one of the two heading back home and getting changed into something else.

It’s a common appreciation that’s bound to translate well in their current design and interiors projects – and make for great creative collaborations in future.