Converted by The Preatures

After sold-out shows with acts like Haim and San Cisco and a national tour on the horizon, The Preatures' Isabella Manfredi discusses the band's glorious, soulful, 1970s-inspired sound. 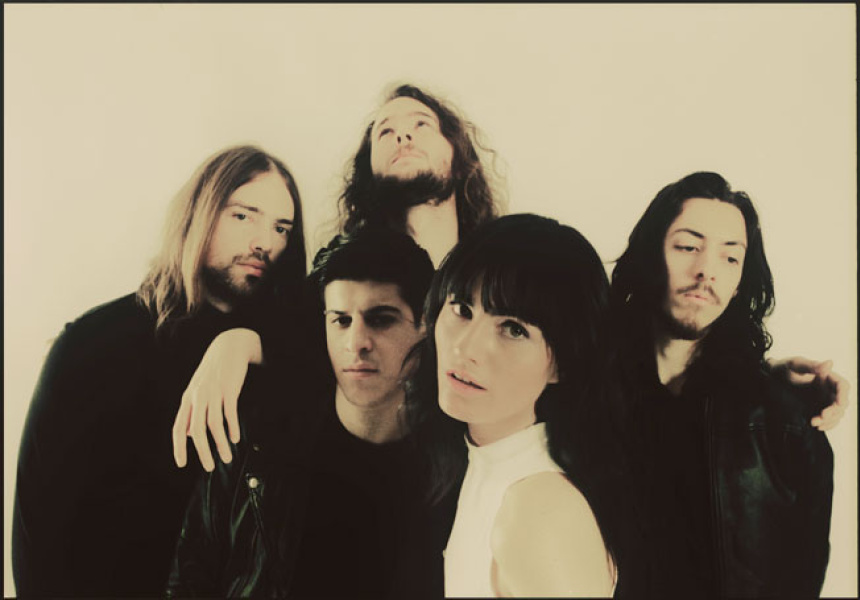 “What month is it?” asks Isabella Manfredi, the frontwoman responsible for the grittily feminine vocals that have helped elevate Sydney outfit The Preatures to local and international acclaim. Speaking from a sunny nook at Bronte’s Three Blue Ducks cafe, Manfredi apologises for her confusion and laughs as she explains how much of a “brain fuck” this year has been.

Any brain would be muddled after the kind of whirlwind The Preatures have experienced. Since the 2012 release of their debut EP Shaky Hands, the five-piece has gone from win to win, selling out a chain of solo shows and supporting the likes of Deep Sea Arcade, San Cisco and LA sister act HAIM. As if that wasn’t enough, Manfredi recently took out the $50,000 first prize in the Vanda and Young Songwriting Competition for Is This How You Feel?, the chart smashing lead track from their latest EP.

The Preatures are about to embark on a national tour and will trek from Sydney to Melbourne, Perth, Canberra and Brisbane throughout September, which will be followed by an international tour in October, which will see them play LA, New York and London.

“It’s very strange going from feeling like you have to work really hard to get a reaction out of anybody to all of a sudden having this reaction there all the time,” says Manfredi. “A lot of people treat watching a gig like they watch TV. They don’t understand that a performance is a pact between an audience member and a band – you make that show together. So the fact that we’ve actually got people coming to support us now is really incredible.”

The Preatures’ sound is a infectious mix of soulful vocals, funked-up guitar riffs and a 1970s pop-rock vibe that can be accredited to the band’s ongoing love affair with Roxy Music, David Bowie and Fleetwood Mac. There’s also an underlying 1950s tremor, cemented with Gideon Bensen’s crooning growls – a sharp contrast to Manfredi’s peppy melodies.

The new EP draws on influences such as Prince and Talking heads, with “a bit of a disco thing” happening during the recording. She also touts the new Cat Power record as having a big impact on her contribution to the EP as well as Metronomy’s 2011 album, The English Riviera. “There’s a lot of space in that record,” she says, highlighting the way she and her band mates have echoed that sparse, clean sound across their own EP. The band’s approach to producing Is This How You Feel? was completely differently than that of their debut EP, which was recorded with the aid of a producer in a Los Angeles studio. This time, they produced the record entirely on their own, writing, recording and mixing in Surry Hills’ Hibernian House. “It was a bit daunting at first but also very exciting,” Manfredi says. “We didn’t have an outsider whipping us into shape, which can be pretty good when you’re a young band.”

Manfredi is down to earth and incredibly candid, explaining that she had trouble pitching the impossibly high vocals in Is This How You Feel? They tackled the problem by recording Manfredi at the mixing desk, singing along to the track over the monitors to emulate a live feeling. “If we had had somebody there telling us to do it differently there wouldn’t have been as much energy and excitement in the track,” she says. “We had more freedom to make mistakes.”

Maybe it’s this openness to new ideas that gives The Preatures’ sound its irreverence. “You can always pick something up from the bands you play with, like tumbleweed, you know?”