In Conversation with Bonobo

The man who has helped shape the electronic music landscape of the UK since the start of this century returns to Sydney with his fifth album and a live band. 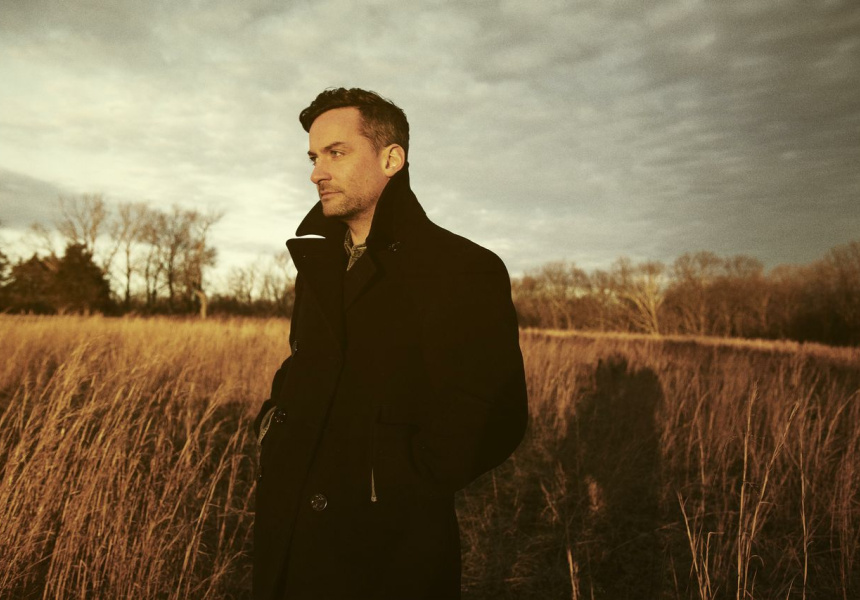 Brighton’s Simon Green started conjuring sounds under the moniker Bonobo in 2000. This year we witnessed his fifth album release, The North Borders and he lands at the Opera House in January with a down tempo, atmospheric electronica production that’s much bigger than ever. Having witnessed the past decade of changing music patterns, Green is not afraid of reinvention and the Bonobo sound has grown up just as his listeners have. The evolution keeps his original fans stimulated and it also musters up a whole lot of new ones, one record at a time.

Natasha Gammell: Are you in New York or London?

Simon Green: I’m in New York. I’m at home, which is kind of rare because I haven’t been here since April. I’ve got a few weeks off before Australia. It’s all very wintery and I’m in my studio listening to music for the first time in months.

NG: What made you decide to set up shop away from London?

SG: It all happened very suddenly. I came off touring the Black Sands album at the end of 2010 and I found that I was living in New York somehow. I’d been spending a lot of time here anyway and then I thought, why not? I like it for now.

NG: You’re coming to Sydney so soon. And you are playing the honourable Opera House…

SG: I’m really excited. It’s a very prestigious building. For me, just walking through that place is quite mad; so to be playing it is crazy! The last time I was in Australia, I played at the Metro so it’s a big step up from there.

NG: Your first show sold out and a second has been billed on the same night.

SG: Yeah, it’s been a mad year like that really. Brixton Academy was last week and that was where I used to go out when I was young – so to sell that out was kind of insane. Then with the New York show at Terminal Five. It’s been a year of wow. I’ve been doing this for over 10 years now, but it’s still growing and expanding which is really cool.

NG: Over a decade has passed since your first release in 2000. Where has the time gone?

SG: Yeah, it was 14 years ago! It’s mad. But this is a very different record and I think that time might have something to do with it. It is a more instrumental record. The scale of my music has become a bit broader since I first started. Obviously working with vocalists is a difference, but I think the production has also expanded; it’s all gotten a bit bigger.

NG: Before you set out to make new music, do you have a final product in mind?

SG: Kind of. But at the same time, I’m only just making the music that is a reflection of what I am listening to and that’s what I want to represent. I don’t think too much about staying loyal to the sound I was doing 10 years ago. I just have to trust where I am now. That’s what interests me.

NG: Your sampling is masterful. How does it work?

SG: I’m still working the same way I used to. I’m finding old records and old soundtracks and unusual stuff on vinyl and listening to things that could be interesting. A lot of the time, the sound suggests what you want to do with them. It’s playing around with them until they become interesting. It’s just like painting – you put a colour down, and then you put another colour next to it.

NG: You have a penchant for sourcing women who provide your tracks with soft, soulful vocals. Erykah Badu, Szjerdene and Cornelia appear on this album.

SG: There are always different people doing stuff that I meet along the way and I have a connection with. It seems to be a very natural process. Although, I had spent a year pursuing Erykah Badu.

NG: You made a Late Night Tales compilation in November (previously compiled by Air, Groove Armada, Fat Boy Slim). What were you trying to project by selecting these tracks?

SG: I’ve got a lot of admiration for that series because it’s been around for a long time. It’s all about the curation. I approached that one very differently then I would, say, a Boiler Room mix. It’s more just about a selection of tunes that I am influenced by and enjoy listening to than an actual DJ mix.

NG: I was glad to see you showed Toronto’s jazz trio, Badbadnotgood (Innovative Leisure) some love in there.

SG: Yeah, I love that stuff; I love what they are doing. Them and Rocket Number 9 are really cool - similar kind of vibe to them; live jams but really nicely done. They have done some stuff with Four Tet and a few others as well.