As a survey of Conor O'Brien's photographer career, his new show at ACP is a little DIY, a concept that remains at the core of the artist's practice. 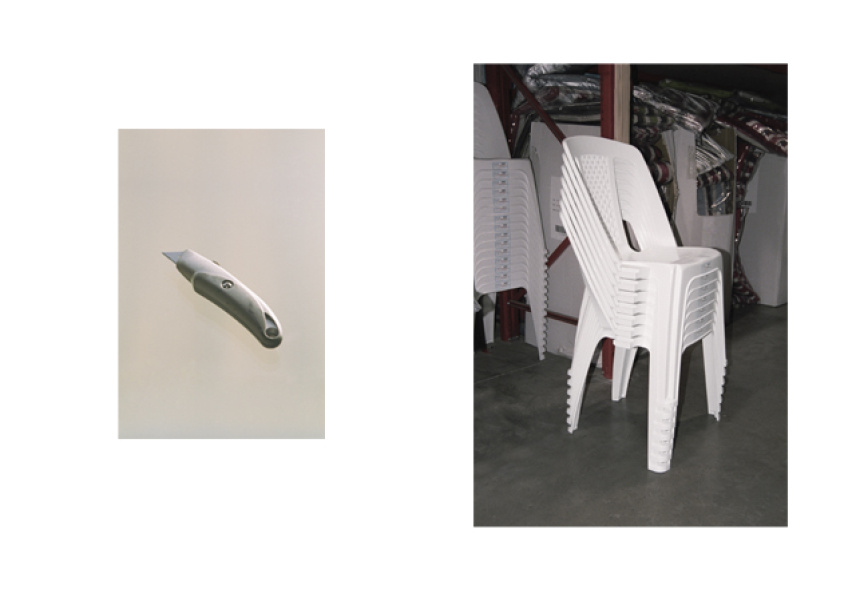 Conor O'Brien's work is no stranger to Sydney's ACP (Australian Centre for Photography). He exhibited his series Hold On to Each Other there in 2007 and again in 2010 with the Hijacked project. Regulars to ACP will know that the large, multi-room back gallery often plays host to a number of artists at one time, but for this exhibition that whole space has been given over to O'Brien.

Acting as a survey of O'Brien's photographic career, Photographs 2003/2011 required a particular form of planning for a site so large. "In this case I’ve built a one foot high scale model with white card and sticky tape," says O'Brien. "That way I can print all the mini pictures out and Blu-Tack them to the walls. It's kind of like a DIY version of an architect's model."

While this may seem strange to the layman, the now Melbourne-based artist explains that it’s "actually quite a common practice for larger exhibitions."

DIY is a concept that stays core to O'Brien's practice. His images are often shot on a small camera, which he carries with him at all times, capturing moments as they pass by. There is no deception here. This of-the-moment energy is given purpose in the thoughtful way that these images are later displayed. "The relationships that pictures have with each other is hugely important for me. The intent for my photographs is about creating these physical objects and presenting them for people to stand there and have an interaction with."

This latest show brings together carefully selected colour works from a number of series exhibited over the artist's career, including his most recent, The Last White Cloud, which showed at Melbourne's Block Projects earlier this year. "I've always imagined that photographs from my different bodies of work could be shown together to create new meanings. There will be some recent work that hasn't yet been seen in Sydney, as well as a series that I finished making earlier this year for a Campbelltown Arts Centre New Work Commission."