For the first time in the band’s career, Cloud Control is embarking on an acoustic tour. Presented by Corona Extra, the tour crosses Australia through March and April, and all shows are free. After starting the year with near-constant travel, Broadsheet spoke with singer/guitarist Alister Wright to find out what Cloud Control is most looking forward to doing (and eating) on a day off in Sydney. 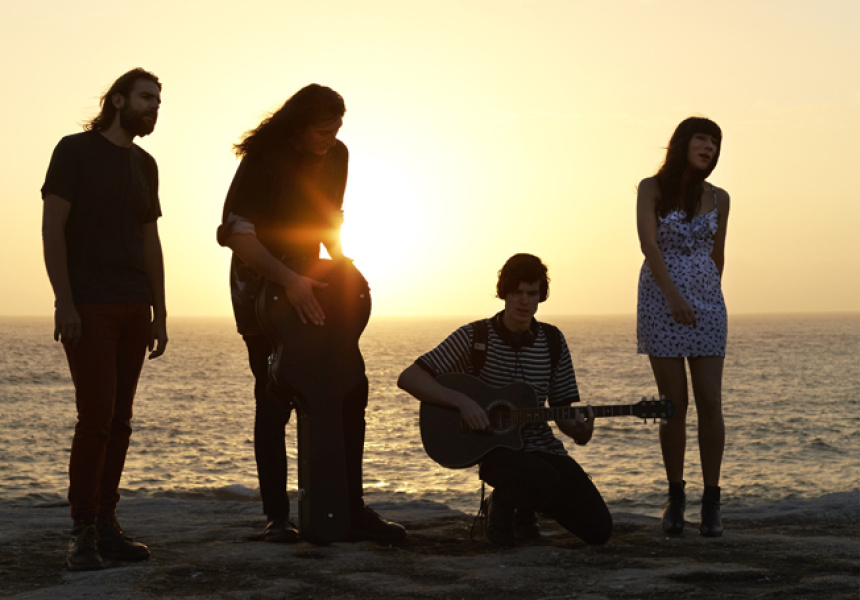 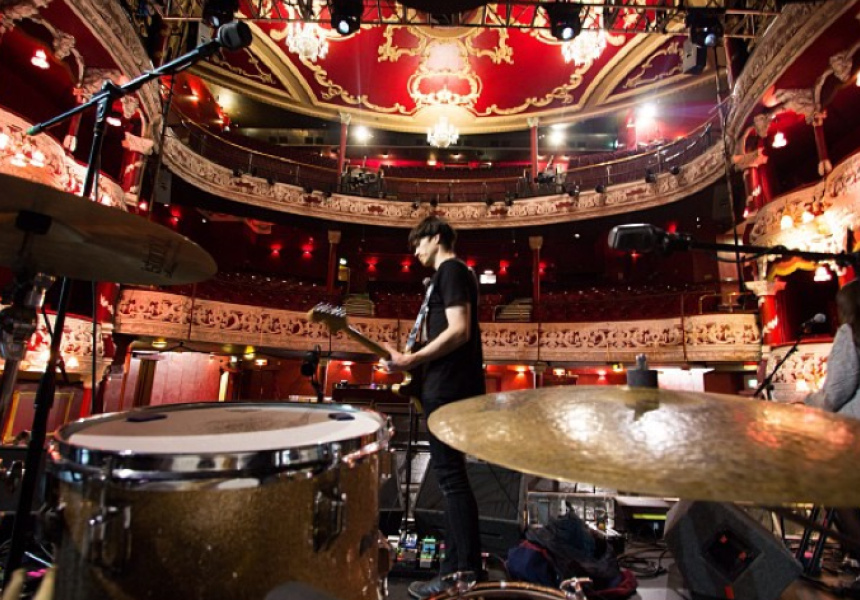 On January 11 they were in Brooklyn. The following Monday found them in Philly. Then Chicago, Seattle and LA before hopping on board Laneway Festival to play Singapore and Perth via NZ and Australia’s major capitals. With Laneway Festival barely wrapped, it was another long-distance flight to Europe for a lightening quick tour that took in Germany, France, Switzerland and the Netherlands.

Needless to say, 2014 has already been a huge one for Cloud Control, and it’s not nearly over yet. But before the band’s second US tour for the year gets underway in May, the band has an opportunity to dial it back a notch with a run of relaxed dates around its home country. Yes, for the first time ever, Cloud Control is doing an acoustic tour. Presented by Corona Extra, the run of dates starts in WA before winding up on the Gold Coast on April 20, and every single show will be free.

After relocating to London from the Blue Mountains, Cloud Control’s members are itching to get into this tour, revisit old haunts and play to a few familiar faces. With this in mind, we caught up with singer and guitarist Alister Wright to find out where the food-loving crew spends its down time when they get a rare day off in Sydney. As you’d expect, it all starts with breakfast.

“I usually start a day with a visit to the Royal on Darlinghurst Rd to grab a coffee and some smashies,” Wright begins, explaining his love of the Royal’s smashed eggs. “It really is the best cafe around there ... it's cheaper than the cafe around the corner and the food is delicious.”

The band makes no secret of its food-loving foundation. “Food is always the first thing we talk about when we get somewhere,” Wright says, of the group’s touring concerns. “We always roll up hungry and finding somewhere to eat is the number-one priority. I would say our enjoyment of a place is greatly influenced by what food we can find.”

On tour you don’t always get time to find the best a city has to offer, and a lot of Cloud Control’s culinary experiences are of the more, let’s say, improvised kind. “There is something on tour called Cafe del Kelshaw,” explains Wright. “It’s where Jeremy (Kelshaw, the band’s bass player), Sexy Dave and Big Dog (the band’s road crew) brew up coffee in an AeroPress and we fry eggs on the sandwich toaster that lives in the backstage bag. This system works surprisingly well. I don't know if you’ve tried AeroPress coffee but its a good brew.”

Having lived in London for a while now, Wright has found most good coffee there is made by New Zealand and Australian expats. As for home, “I'm going to say Rapha on Crown street is good. My little bro works there and he can make coffee. So right now the coffee there is great.”

Family-biases aside, Wright finds that Cloud Control’s time on the road has definitely enhanced the band’s appreciation of what Sydney currently offers on the food front. “It feels like there is something different every time we come back, and we came back five times last year,” he says. “I think the cafe scene in Sydney has been strong for a long time, but it seems that people are really making an effort to stand out in a place that already has high standards.” That said, with a day to kill, if he had time to hang out and have lunch anywhere, “I would head to the old house I used to live at in Darlinghurst! We had some great cook-ups there!” he says.

“I lived in Darlinghurst for the longest time. I love it around there, the only problem is how expensive it is. But there is something there. I mean, it might be changing now, but it's still an interesting area where things clash.”

As for dinner, “I don't usually leave town without a trip to that grapevine-on-the-roof dumpling place on the UTS side of Chinatown,” Wright says. “Normally I would include the name of the place in an interview, but I have never known the name, and after such a long time I don't want to ruin the mystery,” he laughs. “Besides, most people in Sydney know what you are talking about if you say 'the vine-leaf place'.

“But you know, I’m really jonesing to head out to Western Sydney for some holiday action at Wet 'n' Wild,” Wright deadpans. “I'm so glad they've finally found a use for that old Wonderland skeleton.”