Sydney’s ode to contemporary Chinese art is a compelling blend of serendipity, inclusiveness and imagination. 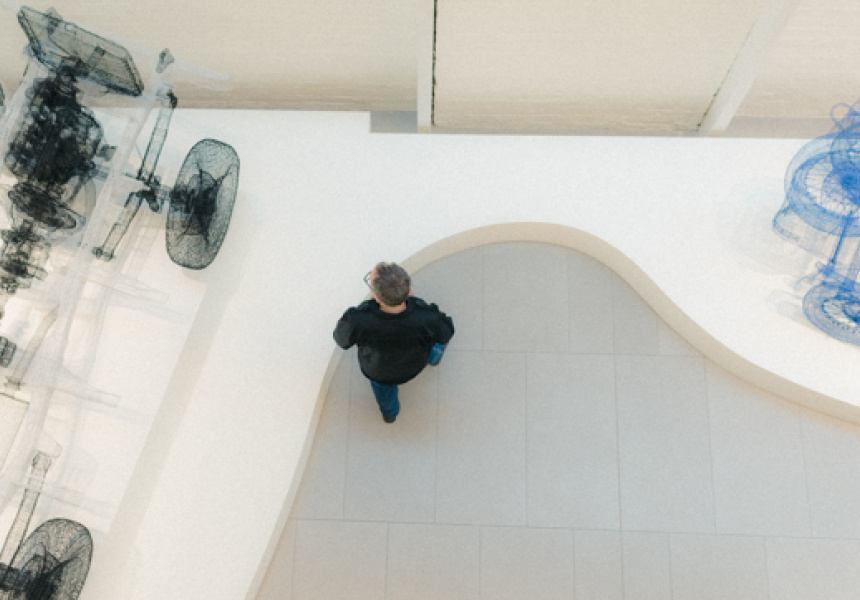 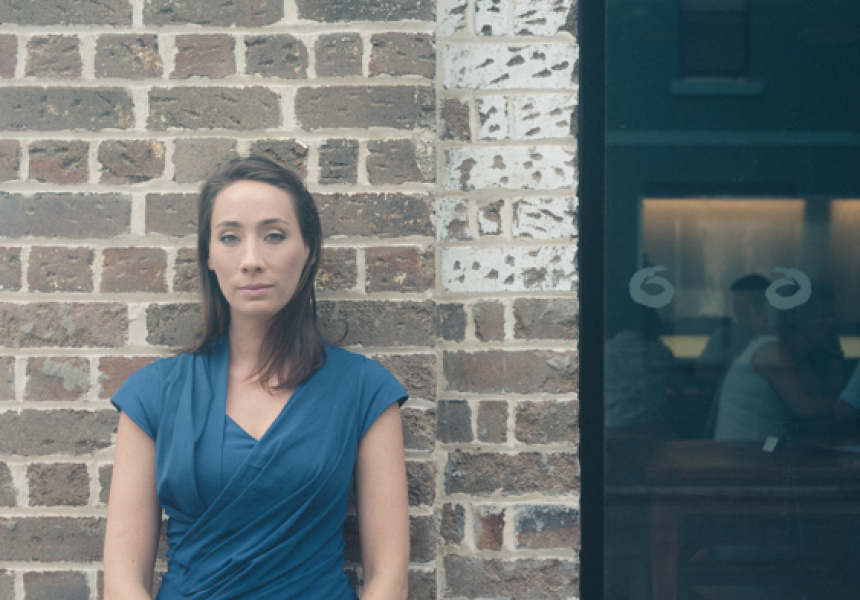 In Alice in Wonderland, Alice’s first glimpse of the white rabbit sparks a strange shift in her consciousness. When the creature materialises, it pulls at the threads of her reality and what follows serves to unravel everything she thinks she knows.

When you step inside this elegant, four-storey building on a tree-lined Chippendale Street, Lewis Carroll’s brand of chaos is the last thing that comes to mind. The flawlessly restored 1920s knitting factory that plays host to the White Rabbit Gallery – one of the world’s most celebrated private collections of Chinese contemporary art – cultivates a certain stillness and symmetry, a sense of balance that’s at odds with what’s outside.

“Judith Neilson first had the idea for the collection in 2007,” says Sarah Jenkins, the gallery’s communications manager, of White Rabbit’s founder and director. We’re chatting over Princess Flower tea at White Rabbit’s teahouse, a space punctuated by shafts of light and delicate bronze birdcages, which hang gossamer-like from the ceiling.

“Several years before that, she stumbled across the work of a Chinese artist called Wang Zhiyuan and she was absolutely amazed at what she saw. She ended up establishing a very close relationship with Wang and he opened her eyes to what was happening in Chinese contemporary art. She realised that what she was witnessing at the auctions didn’t really reflect what was going on in the country’s art scene.” She pauses to take a sip of her tea.

“Instead of approaching a big gallery, Judith wanted to create a platform for these lesser-known artists and to document Chinese art after the year 2000. A few days later, she saw this building. She had it shortly after that.”

It seems that serendipity, the force that spins fateful accidents out of ordinary encounters, has played an unseen part in White Rabbit’s evolution. Neilson, a philanthropist with an art school background and lifelong passion for collecting, went onto establish the gallery with her husband Kerr, a prominent Zimbabwe-born investment manager. The space is funded via the Neilson Foundation, a $30 million charitable venture that also supports the Biennale of Sydney and makes major contributions to the city’s cultural life.

Europe and the USA might have the Medicis and the Guggenheims, but in Australia – a country whose contemporary art scene is often at the mercy of public institutions and government bodies – this type of model is rare. It also makes for a curatorial vision that rejects stifling art world hierarchies in favour of accessibility, imagination and wit.

“From the very beginning, one of our main goals was to be as accessible and open as possible,” says Judith’s daughter, Paris Neilson, who is also White Rabbit’s curator and director.

“We want everyone to feel welcome when they enter the gallery and not feel intimidated. I know that contemporary art can scare off a lot of people and you sometimes feel that you have to explain yourself and say something intelligent. Mum always says that she’s succeeded if people look at every work and have a response to it. It doesn’t matter if they love it or hate it – as long as they respond to the piece and don’t just walk past.”

There’s no doubt that accessibility prevails at the White Rabbit. On the third floor, Sunflower Seeds – a piece composed of tiny, meticulously painted porcelain sculptures by Ai Weiwei, a social activist and China’s most famous living artist – sits alongside work by Pisan, an underground figure known for video works that blend real footage with digital animation and comic-strip references. This particular piece playfully lampoons the recent conflicts between Ai Weiwei and the Chinese authorities – an artist’s critique of political hypocrisy that doubles as the gallery’s takedown of art world elitism.

Elsewhere, Dust – an installation in which young Beijing artist Cong Linqui captures the minutiae of her life through tiny replicas of objects such as electrical drills, wheelbarrows and cutlery – offers the sort of meditation on the everyday that feels both highly immediate and deeply personal.

But White Rabbit’s inclusiveness extends to more than just the art. Downstairs, the teahouse is presided over by Yusuf, an amicable tea expert who doles out fresh, home-baked cookies, while the gift shop stocks breezy, clever curiosities rather than the usual line-up of expensive collectibles. The gallery also hosts a monthly book club and regularly screens Chinese cinema – everything from action films and romances to documentaries and cult classics.

But on a rainy August evening, a line that formed at the White Rabbit’s doors and snaked its way down Balfour Street quashes any temptation to conflate the gallery’s influence with its accessibility. The crowds, which spanned everyone from art students and journalists to families and Friday night revellers, were there for the opening of the gallery’s third anniversary exhibition, and most ambitious yet, Double Take.

“Putting together an exhibition can be quite tricky, because although the works come out of one country and a tight time period, it’s difficult to find threads that run through the collection,” offers Neilson, who’s an avid art collector herself.

“That’s how we begin. With some exhibitions, there are clear threads. For instance, this particular show is all about imitation and copy. And because that was quite obvious to us, we picked out the works in the collection that related to that. But often, a show will come together based on an aesthetic rather than an idea.”

This left-field approach is typical of White Rabbit. Rather than hosting regular exhibitions, the gallery stages two major shows a year, featuring pieces from the Neilson Foundation’s vast private collection along with new works sourced by Judith during monthly trips to China. Instead of constructing a show based on a movement or practice, the gallery highlights the connections and collisions between different pieces, in what becomes a compelling patchwork of the country’s cultural imagination and realities.

In the case of Double Take, this seems to be working. On the second floor of the gallery, people gather around Valentines Day, a chocolate shop festooned with pink ribbon and featuring rows of heart-shaped boxes, created by Taiwanese artist Tu Wei-Cheng. Upon closer inspection, the boxes house perfectly rendered miniature guns, tanks and hand grenades – a comment on China’s terse relationship with Taiwan and the tenuous barrier between love and war.

“I think we’ve grown and changed with each exhibition,” says Jenkins. “Everyone who comes to White Rabbit experiences it in a different way and everyone has their own favourite pieces. Because we’re a private museum, we have the freedom to acquire pieces according to Judith’s taste and what she considers to be excellent art.