Light is beautiful and commanding. At MCA's new exhibition, Light Show, we see how it possesses the power to control our perception of space and time. 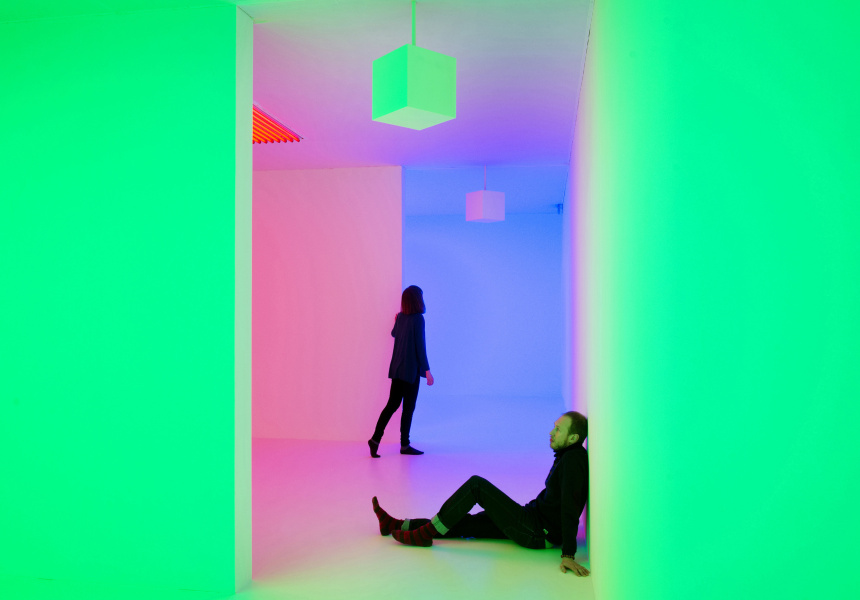 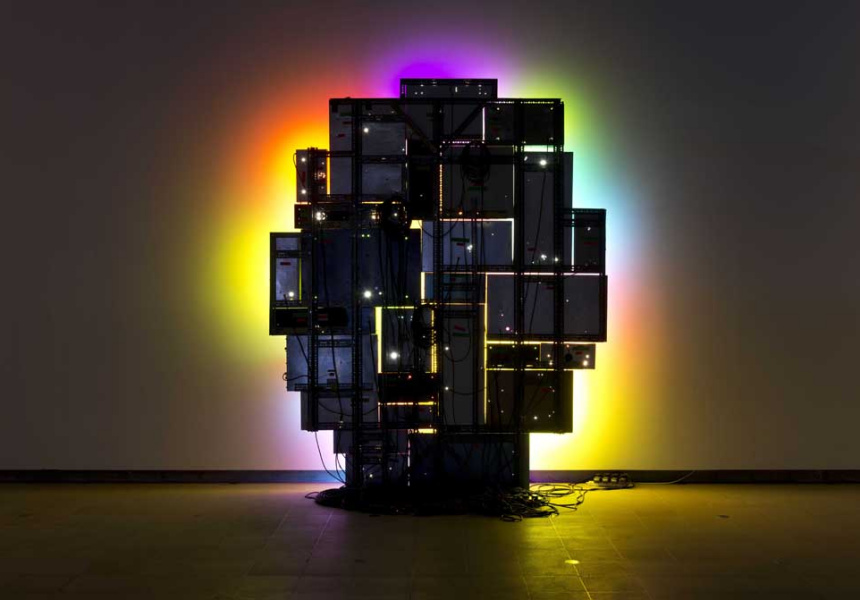 This week, the Museum of Contemporary Art has opened Light Show. From London’s Hayward Gallery, the exhibition draws together 19 light- based sculptures from 17 of the world’s most impressive masters of light. The exhibition appears as a part of Vivid Sydney and complements the museum’s existing exhibition of local light talent, Luminous,. It is also a nod to the UN/UNESCO declared Year of Light.

From Michelangelo’s depictions of the glowing divine to Monet’s gardens bathed in natural sun, artists have always referenced, revered and chased light. Light Show looks at artists working from the 1960s until now in a series of spectacular sculptural works harnessing natural and artificial light, or bending new light technology.

Each of the works featured in Light Show is a marvel in its own right. But together they create a marathon for the retina. “While 19 is not a huge number, each of these works is a tremendously large and involved installation,” explains Hayward Gallery curator, and the head curator of Light Show, Dr Cliff Lauson. “If you were to see any one of these works at a small gallery, you would probably see just that work, alone.”

As you enter the exhibition you will see master of fluorescents Dan Flavin’s untitled (to the “innovator” of Wheeling Peachblow). Yellow and pink fluorescent tubes cross over to create a panel of peach-coloured light, imitating the hue of 19th-century Peachblow glass produced in Wheeling, West Virginia.

Welsh-born, London-based Cerith Wyn Evans’ eerie but beautiful S=U=P=E=R=S=T=R=U=C=T=U=R=E (Trace me back to some loud, shallow, chill, underlying motive’s overspill…’) takes its title from a James Merrill poem which is said to be composed from messages transmitted by spirit voices during séances. The artist describes the piece’s columns as the suspension between heaven and earth. They radiate warmth – lighting up and fading out in a slow, breath-like way.

The works in Light Show are as visually striking as they are spatially commanding. “It’s not a chronological lay out, more of a balance between rooms and full environments,” says Lauson. “It’s also a kind balancing act. There isn’t really much ambient or empty gallery space at all, the artworks really control the space that surrounds them.”

The scope of the Light Show survey puts new technologies alongside original electric investigations. Jenny Holzer’s Torso is Times Square LED writing flashing by at a jarring pace. The scrolling text is taken from US government documents about the war on terror. Bill Culbert’s Bulb Box Reflection II is far more subdued. It is the reflection of a naked globe, turned off in one reality and switched on in another. The piece is an investigation into light and dark, the nature of light and the perception of reality. It was made shortly before the 100th anniversary of the creation of the light bulb.

Francois Morellet’s broken blue neon circle, Lamentable, sinks downward from the ceiling of one room and is mirrored in the gallery floor. Leo Villareal’s octopus-like Cylinder II sparkles like a curtain of a million Swarovski diamonds, but is in fact made up of 19,600 computer controlled LEDs.

Perhaps the most transfixing work is Venezuelan artist Carlos Cruz-Diez’s tri-colour Chromosaturation. It is made up of three siloed chambers of potent red, blue and green, and the artist has been developing the piece since 1965. With 60 fluorescent tubes in each room, the coloured glow is piercing; an intense alteration of perception.

Light Show is at MCA until July 5.