Casula Powerhouse Is Turning 25 and Celebrating With Exhibitions and Events

The festivities begin this weekend and include an exhibition of commissioned works by artists under 25. 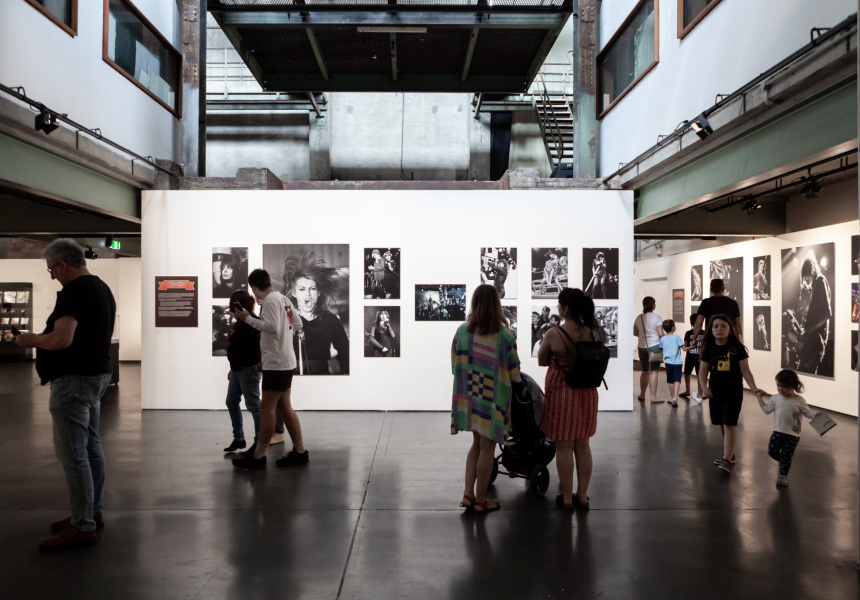 Casula Powerhouse Arts Centre in Sydney’s west, known for hosting exhibitions, public programs and even music festivals that push the boundaries of art and performance, is turning 25.

It’s celebrating with five new exhibits, including special anniversary show One Past Liverpool (in reference to Casula Station, which is one stop after Liverpool Station by train).

The festivities begin on September 28 with an all-day line-up of free exhibitions, performance art, live music, and wine and food from on-site cafe Bellbird Dining + Bar.

“We wanted to do more than just have cake and be done with it,” Craig Donarski, director of Casula Powerhouse Arts Centre, tells Broadsheet. “And we didn't want to spend the whole time looking backwards too much – we really wanted to show that we felt 25 years young, rather than 25 years old.”

The arts centre’s building was constructed as a power station in 1951 to supplement electricity production during winter. It was decommissioned in 1976 and bought by Liverpool Council two years later, but it wasn’t until 1994 that it opened its doors as an ambitious new arts centre.

For its 21st anniversary Casula Powerhouse invited 21 artists to exhibit existing work. This year it’s commissioned artists under 25 for brand-new works reflecting the centre’s past, present and future.

One Past Liverpool began with a series of workshops involving young artists and key figures from the centre’s history, including Lisa Havilah (now the CEO of the Museum of Applied Arts and Sciences, which oversees the Powerhouse Museum in Ultimo and the Sydney Observatory); Maud Page (now assistant director at the Art Gallery of New South Wales); John Kirkman (CEO of Western Sydney arts organisation the Information and Cultural Exchange); Kiersten Fishburn (CEO Liverpool City Council); and Donarski himself.

The artists were given free reign of the arts centre’s collection and tasked with creating a final product that speaks to the centre’s story, location and purpose.

“We don't even fully know what they're going to do yet,” Donarski says with a chuckle. “They're still working on it, and each of them is doing their own unique take on the history of the place.”

Expect a mix of different mediums, themes, motifs and styles. Some artists are looking at the accents, gestures and mannerisms of western Sydney, while others are delving into stories of migration and finding new homes in the multicultural area.

One artist plans to use shibari, a Japanese rope bondage technique, to wrap part of the gallery. Another is working with the centre’s gardener to develop a perfume or scent that revolves around the plant life.

“The kind of stuff they’re doing includes everything from sound and art installations to performance art,” Donarski says. “You’re really going to see the place sliced and diced and examined through so many different lenses and perspectives.”

It culminates in an all-day celebration on Saturday, October 26 – the very date of the centre’s opening 25 years ago. There’ll be experimental monologues and live performance art, and a special gallery tour and cooking demonstration from some of the artists. Key figures of Casula Powerhouse’s past will also be giving champagne toasts before the afternoon segues into another edition of CPAC Live, when local musicians will perform.

“One of the things that’s really important to us is to reflect the area we live in,” Donarski says. “We try to really work with local artists and local communities and try to give them a platform, and to showcase just how extraordinary some of the stuff being produced in south-west Sydney is.”

Four other exhibits open this month across the arts centre’s other galleries: Pure Joy features handcrafted ceramics inspired by clusters of golden fungi in the Casula Parklands; Song Tree Exhibition looks at the similarities and differences of childhood songs, rhymes and lullabies from across the globe; Fractadella is a digital video piece with psychedelic fractals; and Body Remembers by Tracey Moffatt looks at the legacy of colonisation and its impact across time and place.

“It’s like a play on time – backwards and forwards, the past and the present, and the legacy of colonisation,” Donarski says of Moffatt’s work. “We thought it would be a beautiful accompaniment to the way we're looking at the past, present and future here.”

He likens the gallery’s 25th anniversary to a person’s 25th birthday, when they cross the threshold to adulthood.

One Past Liverpool shows from September 28 to November 10. Casula Powerhouse’s 25th anniversary party is on October 26.