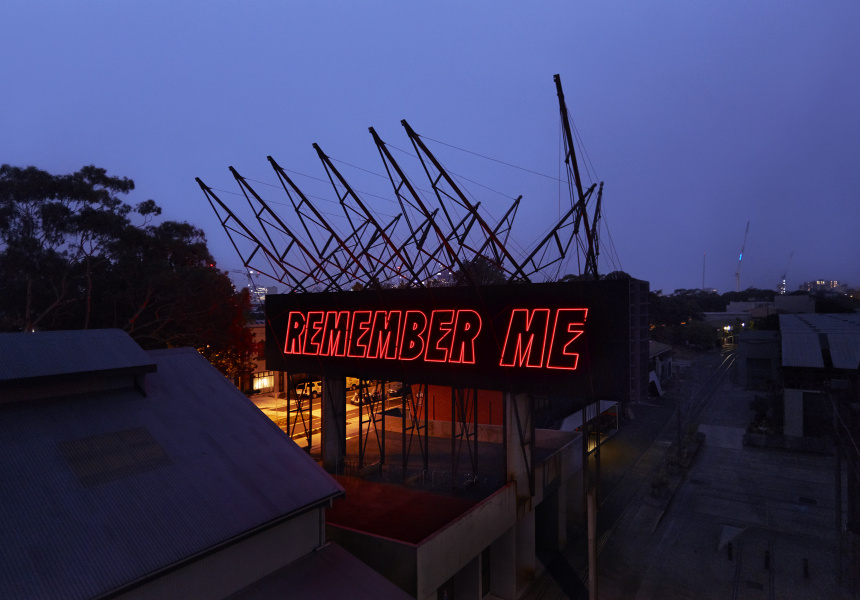 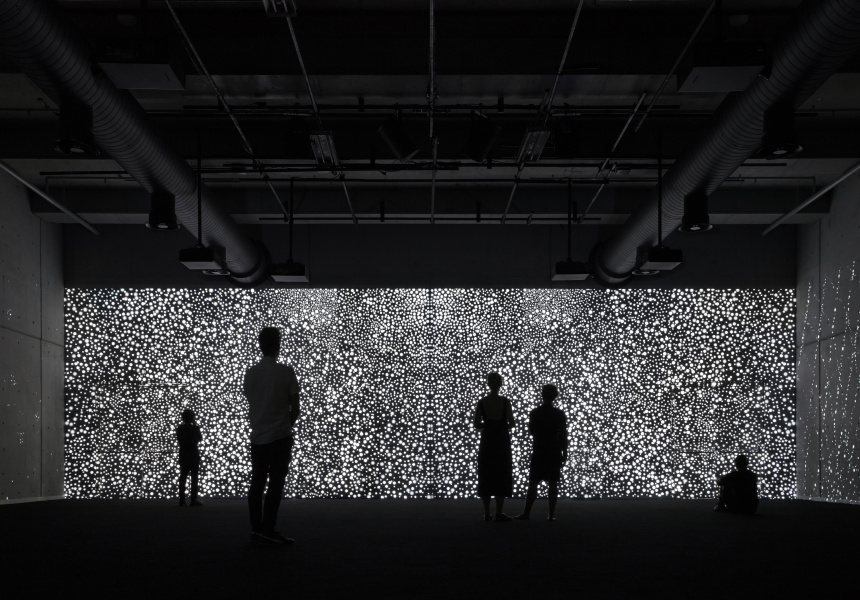 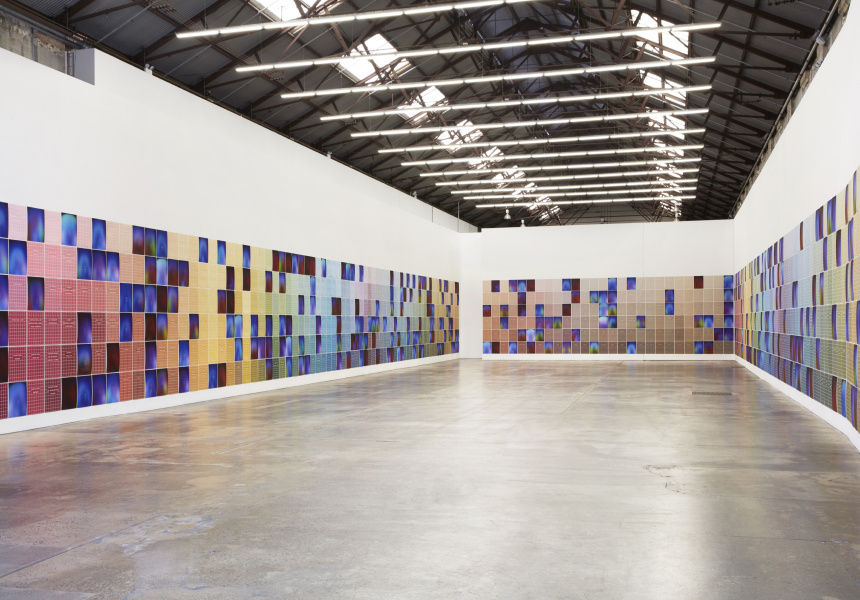 Eveleigh multi-arts precinct Carriageworks will be transformed by four immersive and participatory site-specific installations this month. Large-scale works by Rebecca Baumann, Daniel Boyd and Kate Mitchell open on January 8, followed by Remember Me, a piece by Reko Rennie launching in late January. The free installations were commissioned as part of Sydney Festival) (January 8–26), but will continue to show well into the year.

At the launch today, Carriageworks head curator Beatrice Gralton said the projects are imbued with history but are firmly anchored in the present day. “While each installation varies across subject and form, all use light and explore time. The artists employ light in different states across Carriageworks: natural, projected, photographic and LED.”

Radiant Flux is a response by Rebecca Baumann to Carriageworks’ industrial architecture and its unique light (January 8–June 14). The Perth-based artist has covered every glass surface of the building’s exterior with luminous dichroic film – we’re talking a surface more than 100 metres long and nearly 15 metres high. The floors and walls are splashed in tones of blue, magenta and yellow, and the colours shift with the sun as the day progresses, so you never experience the work in the same way.

Kudjala/Gangalu artist Daniel Boyd has refashioned three major video pieces he produced between 2012 and 2018 for his new site-specific Video Works (January 8–March 1). The videos will run simultaneously, looping in an ever-changing sequence of image and sound, and giving punters an immersive journey through time and space. The Sydney-based artist is known for reinterpreting Eurocentric perspectives of Australian history through an Indigenous lens, and he continues that theme here.

Sydney-based artist Kate Mitchell attempts to capture a snapshot of contemporary Australia by photographing human energy fields, or auras. For All Auras Touch (January 8–March 1) she’s used the Australian and New Zealand Standard Classification of Occupations as a starting point – a list of 1023 officially recognised occupations – photographing the aura of one representative of each of those jobs. The work considers the relationship between what we do and who we are.

Carriageworks says Rennie’s illuminated text work Remember Me has been delayed due to installation issues, but when it does open in late January it will take pride of place at the venue’s entrance and show until January 2021. For the past two decades, Rennie has created works that reference his identity as a Kamilaroi man living and working in an urban environment. This is not in his usual flamboyant style – it’ll be stripped back and minimal.

This year marks the 250th anniversary of Captain Cook’s arrived at Botany Bay, and Rennie has created a present-day memorial in recognition of the massacres that followed. We’re told the five-by-five-metre work will be monumental and tender; it’s a “constant reminder of the continuing impact of invasion”, according to Carriageworks director and CEO Blair French.

The free installations are at Carriageworks from January 8.