A Buying Guide for The Other Art Fair

Here’s our shopping list of a few hit artists to buy from now. 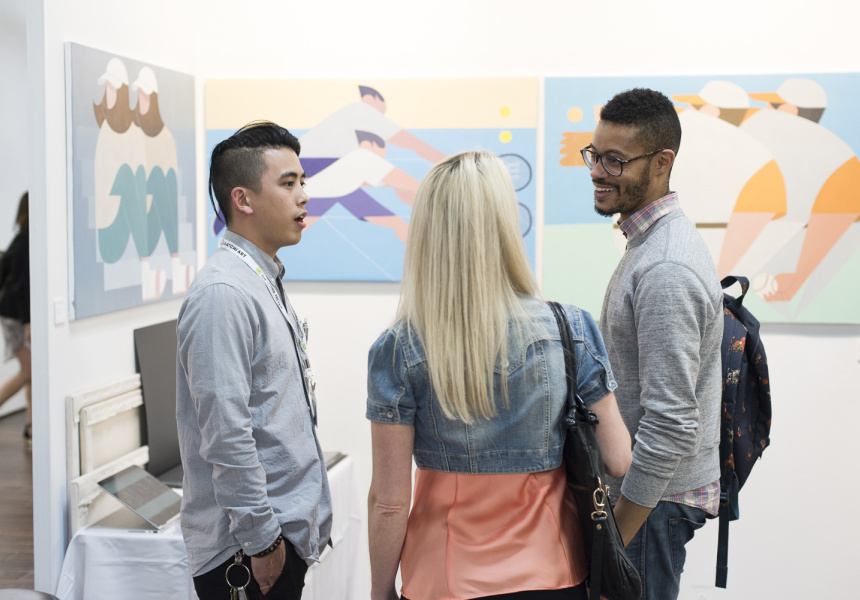 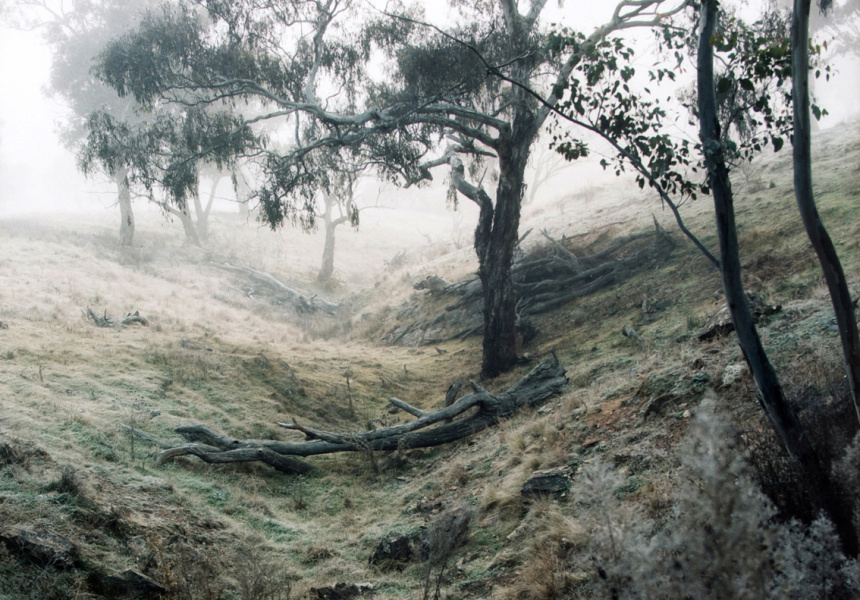 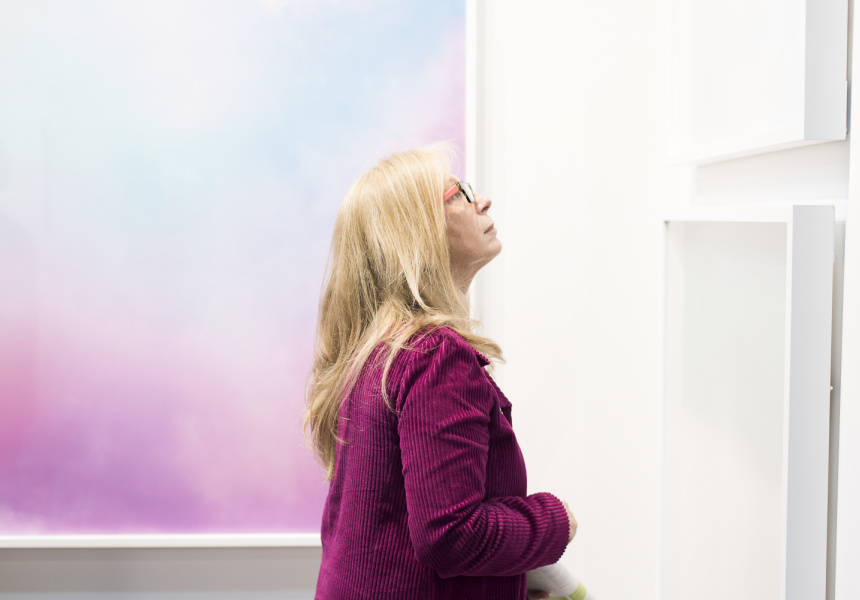 The Other Art Fair opens in Sydney today. It’s an opportunity for early collectors to sidestep the art industry’s exclusive and elitist elements and to see and buy work from the city’s unsigned and up-and-coming artistic talent.

In its third year in Sydney, the festival will be set up in the cavernous market halls of Australian Technology Park in Eveleigh. As well as art for sale, the program includes a series of panel discussions such as The Business of Being an Artist, chaired by National Art School (NAS) creative director Sebastian Goldspink. There’ll also be live painting and large-scale, site-specific projects such as Cliff Sandler’s interactive Reflection Wall.

There’s a great deal to take in and a variety of styles and genres. Here are four artists we recommend you make a beeline for this weekend.

Caroline Collom
Caroline Collom, who was the reader’s choice winner of Broadsheet’s Gorman artist collaboration competition, is a British painter living between here and the UK. Collom’s abstract colour studies are centred on “the notion of transcendence.” She studied at Wimbledon College of Art, UAL and received a BFA at the Victorian College of the Arts in Melbourne.

Collom collates new colourways and concepts from colour swatches, interiors, furniture pieces and architecture. “I think from back to front,” she explains. “The colours are not definite, but moving. I want to enable [the painting] to create a wave of colour, or as I call it, a pulsating notion.”

Why you should buy: Collom’s work will soon be used for a new collection for Gorman – meaning she’s a star about to skyrocket (and you may be able to match your painting to a pair of printed silk pants).

Prices start at $380 for smaller works.

Kurt Sorensen
Sorensen’s experimental analogue photography is focused on the wiry, eerie Australian bushland encountered by European settlers. His most recent exhibition in May was titled Solitude is Desolation. It was hosted at the Blue Mountains Cultural Centre and focused on a local newspaper account of the disappearance of David and Emily Jane Joel near Wentworth Falls in 1918.

Much of Sorensen’s work is created through researching historical colonial texts – such as newspapers, state archives and journals – looking for specific instances of reported misadventure in the colonial environment. Part campfire ghost story and perhaps part reference to Hans Heysen’s gold-tinged watercolour gum trees and lonely drovers, Sorensen’s images reveal a harsh but enthralling environment, and the narratives tangled with the landscape.

Why you should buy: Sorensen’s work represents a quiet evolution of classic Australian landscape painting, probing some of the tropes of this classicist, colonial style. Top-billing Australian artist Sean Gladwell recently did this with a painting titled Offline Pastoral Edit (after Heysen), which directly dissected this genre.

Grant Stewart
Sydney-based artist Grant Stewart’s oeuvre is the result of code and robotics mixed with traditional materials. He calls is “algorithmic art”, and each piece is produced using a custom-built drawing machine and is made up of thousands of lines of ballpoint pen on paper.

“Each line drawn is an imperfect copy of the previous,” Stewart says in a statement. “As the imperfections accumulate they form patterns of density and mass.” The resulting artwork reflects machine precision and numeric coding, affected only by the eccentricities of artistic materials.

Why you should buy: While each piece is serene and organic feeling, Stewart’s mechanical approach is a brilliant talking point – the merging of numbers, physics, and art, and the astounding level of mathematical detail that can be achieved when algorithms are applied to artistry.

Prices start at $270 for smaller works.