We get out our red pen and start circling the movies we’d like to see on the program at this year’s Sydney Film Festival. 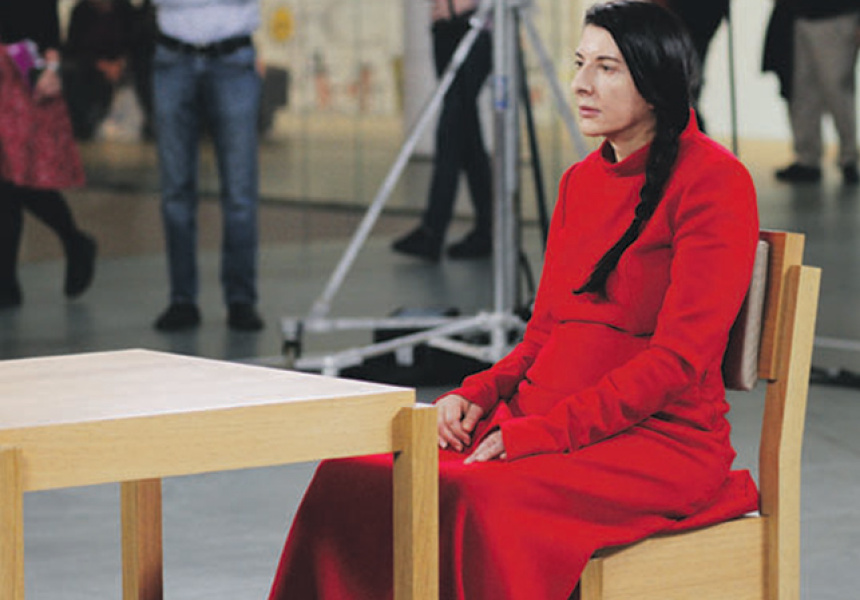 Marina Abramovic: The Artist is Present The King of Pigs

It’s Sydney Film Festival time again – a time to escape the winter chills and settle down into cinema seats to be enchanted, moved and even frightened stiff by the flickering light projected on the screen. Here, we list our top five most anticipated films screening at this year’s festival, but don't forget to check out the full program for countless more filmic treasures.

Tabu
(dir. Miguel Gomes), Portugal/Germany/Brazil/France
An old woman dies in a Lisbon apartment, but when her maid and a neighbour discover that the woman's last wish is to have the message of her death conveyed to an equally old man, they uncover a love story set in a beautiful, idealised vision of Africa, straight out of a Boy's Own Adventure Story. A critic's favourite at Berlin earlier this year, Tabu promises to be a true delight of a film, marrying European high-art aesthetics with a tone of magical whimsy.

Marina Abramovi: The Artist is Present
(dir. Matthew Akers), USA
One of the most popular and engaging performance artists working today, Marina Abramovi uses her body to present challenging and often dangerous works of art. Marina Abramovi: The Artist is Present follows Abramovi as she stages what became the biggest exhibition of performance art in history at New York’s Museum of Modern Art. As a piece, The Artist is Present was deceptively simple: Abramovi sat at a table and invited gallery visitors to sit opposite her, the artist and the spectator becoming silent works of interconnected art. How the thousands of people who became part of the work reacted to Abramovi's presence is what promises to be truly fascinating.

The King of Pigs
(dir. Sang-ho Yeon), South Korea
South Korea is the biggest producer of animations intended for the West, but its domestic animated product has rarely attracted international notice. The King of Pigs has the potential to change this. It’s a dark, uncompromising tale of violence, as two men from seemingly different walks of life meet in order to confront their shared past – a past filled with the savagery of teenage bullying, which proves all the more shocking in animated form.

Golden Slumbers
(dir. Davy Chou), France/Cambodia
Between 1960 and 1975, Cambodia was one of the most prolific film production centres in Asia. This vibrant industry came to a brutal end with the rise of the Khmer Rouge, who destroyed films, persecuted and killed filmmakers. Davy Chou's moving documentary attempts to piece together a clearer picture of the Golden Age of Cambodian cinema, using existing ephemera, the memories of the few surviving actors and crew members, and resurrecting the ghosts of old movie theatres.

Harold’s Going Stiff
(dir. Keith Wright), UK
Harold’s got a problem. He’s been diagnosed with Onset Rigors Disease, which stiffens up his joints and increases his desire to consume human flesh. Harold is, to put it bluntly, becoming a zombie. Not that that bothers Penny, a local nurse who thinks Harold is a true gentleman and isn’t going to let the local zombie-hunting vigilante group get between her and her brains-hungry man. This zom-rom-com, presented in the style of a BBC regional documentary, is sure to be a bittersweet, mildly hilarious horror film that gives you a new perspective on a classic movie monster.

The Sydney Film Festival runs from June 6 to 17.