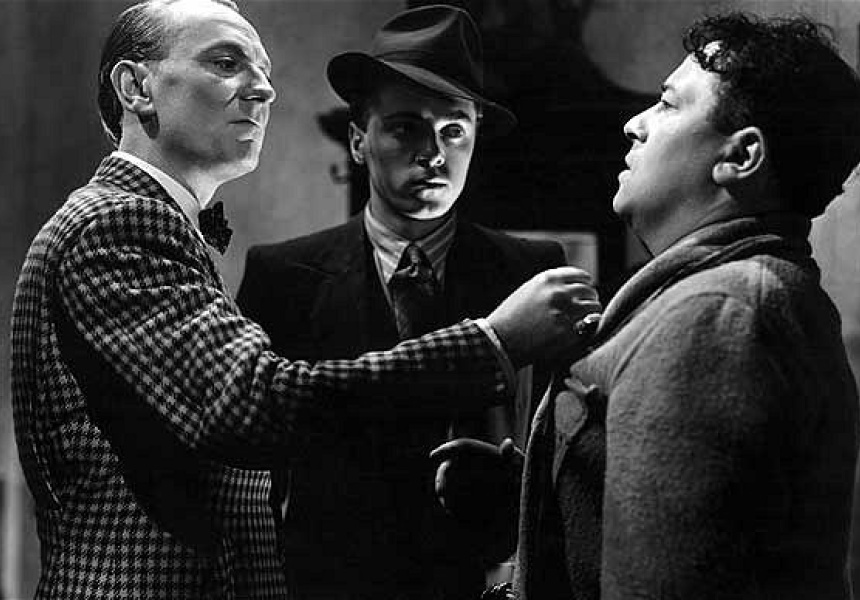 The Sydney Film Festival is a true institution in the best sense of the word. For 60 years, the festival has treated Sydney to films that we would otherwise have never had the opportunity to see, enriching Sydney’s film culture and bolstering the local industry in the process. Having recently expanded to include an official competition, which has gone out of its way to reward films of striking and unusual calibre, SFF is one of the preeminent film events in the country.

Here are 10 films that we think will give you a good, varied taste of what SFF has to offer. If nothing else can convince you of SFF’s vibrancy, take heed of this nugget of info: barring the two retrospective films and Blancanieves (2013), all the films recommended below are Australian premieres. That’s right, SFF is bringing you the first taste of some of the year’s most interesting films. Take up their invitation and enjoy.

Stories We Tell
Sarah Polley always knew there was something unusual about her family. The director of Away With Her and Take This Waltz takes a mystery that has shrouded her family for years as the subject of her third film. This cinematic attempt to get to the truth becomes an exploration into the fallibility of memory, how truths become stories and how imagination becomes a lie. A deeply personal film that chases after that which is most elusive – it is the truth behind the skeletons in the family closet.

Wadjda
The fact that Wadjda is the very first feature film to be shot entirely in Saudi Arabia – a country that doesn’t even have public cinemas – is amazing enough. The fact that it is directed by a woman, Haifaa Al Mansour, and tells the story of a clever, funny and stubbornly determined young girl who will do anything to get herself a bicycle – despite it being against the rules of propriety for a girl to ride a bike – makes it truly extraordinary. Having already won a swag of awards worldwide, Wadjda has all the potential to be an intriguing and entertaining glimpse into Saudi Arabia. And honestly, who doesn’t love little girls with a tonne of courage?

Blancanieves
With the success of The Artist, it’s understandable that more filmmakers are now looking back on the silent era for visual inspiration. If they are as good as Blancanieves promises to be, we should be welcoming this shift. Transporting the fairytale of Snow White to 1920s Spain, this modern silent film re-envisions Snow White as a bullfighter. Prepare yourself for aesthetic-induced heart palpitations. It’s going to be gorgeous.

Everyday
The ever-prolific director Michael Winterbottom has two films in this year’s SFF, and while most of the attention is focused on the glitzy, The Look of Love – starring Steve Coogan – the quieter Everyday may turn out to be the winner of the two. Starring Shirley Henderson, John Simm and a quartet of real-life siblings, Everyday was filmed over five years and tells the story of a family separated by a father’s prison sentence.

Approved for Adoption
Jung Henin was born in South Korea, but raised by an adopted family in Belgium. This animated documentary, based on Jung’s own graphic novel, intersperses his first journey back to Korea to rediscover his roots with gorgeous, honey-glowed depictions of growing up in a household where, despite the love of his Belgian family, Jung always feels out of step and singled out.

Blackfish
Orcas seem to be some of the friendliest creatures in the sea, or so Hollywood and ocean theme parks would have us believe. But there are consequences for keeping an apex predator in captivity. With its locus point upon the whale Tilikum, who in 2010 made headlines for attacking and killing one of his trainers at Florida’s SeaWorld, Blackfish uncovers the uncomfortable and cruel truth behind the treatment of orcas in the service of human entertainment.

The Land of Hope
The newest film from Sono Sion, The Land of Hope draws on recent Japanese history in its exploration of a family faced with tragedy. After their dairy farm is decimated by twin disasters in the form of an earthquake followed by a nearby nuclear facility meltdown, the Ono family must make the heartbreaking decision to either stay with their home and attempt to rebuild, or to leave. It’s a decision likely to split the family in two.

Mistaken For Strangers
Imagine that your brother is one of the biggest indie musicians on the planet, while your life is heading approximately nowhere. This is the situation of Tom Berninger, younger brother to Matt, lead singer of band The National. Invited to join the band on tour as a roadie, Tom ends up bringing along a camera, encouraged by Matt to create a film. What emerges is not just an intriguing depiction of a band at the top of their game musically, but a funny, often heartfelt portrait of sibling relationships, as the younger brother begins to emerge from the elder’s shadow.

Brighton Rock
SFF has a whole special program focused on British film noir this year. It’s well worth sinking your teeth into, but if you only have time for one, make it this classic adaptation of Graham Greene’s novel. Richard Attenborough plays ‘Pinkie’ Brown, a young gangster looking to cover up a murder that occurred on a funfair ghost train in seaside Brighton. With the only potential witness being a naive young waitress, Pinkie decides to keep her on a string by courting her in order to keep her silent. Dirty, gritty and more violent than modern viewers might expect for a film made in 1947, Brighton Rock is A-grade post-war British cinema.

The Back of Beyond
A retrospective screening that harks back to SFF’s very first festival 60 years ago, The Back of Beyond is a classic Australian documentary that won the Grand Prize at the Venice Film Festival in 1954. Travelling along the Birdsville Track in the company of postman Tom Kruse, who is a lifeline to the people living in the extremely isolated communities along the track, the film showcases the extraordinary, and often dangerous, outback environment. The best thing about experiencing this taste of vintage Australiana is that the screening is free, so you really have no excuse.