For the Sydney Festival, the space that was home to the late, great Brett Whiteley at the time of his death is open to showcase many of the works he left behind. 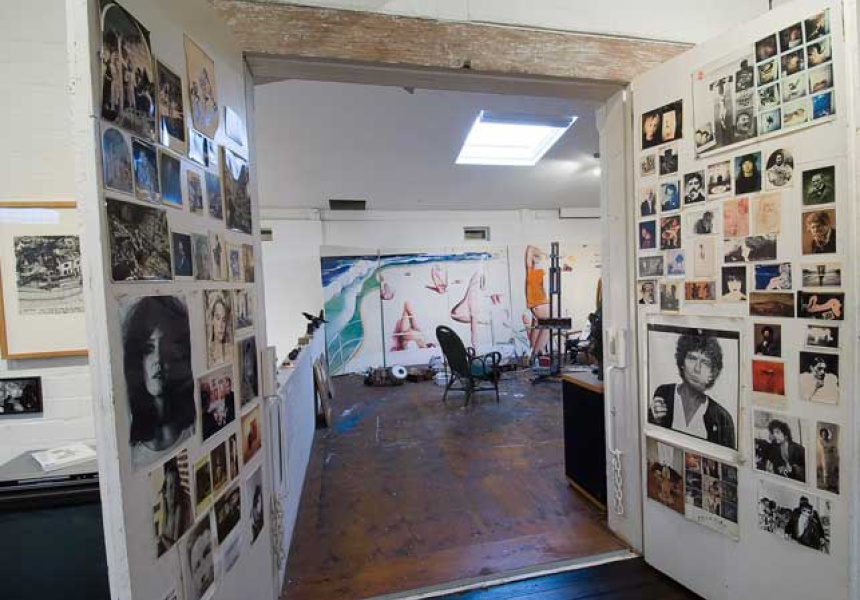 Partway down Raper Street in Surry Hills is a little known but genuinely affecting remnant of Sydney’s art history. The entrance is marked by a miniature version of Almost Once, the famous sculpture of two large Redhead matches – one live and one burnt – which stands in the Sydney Domain. Behind the sculpture is the studio of its maker – the late, great Brett Whiteley.

The studio, a converted t-shirt factory, was Whiteley’s home at the time of his death by heroin overdose in 1992. Now owned by the New South Wales Government, it has been conserved and is open to the public as a part gallery, part museum.

The ground floor is occupied by a formal gallery space managed by the Art Gallery of New South Wales. It is a clean and stark expanse that hosts a rolling schedule of Whiteley exhibitions. At any given time, some of Australia’s most valuable paintings, sculptures, drawings and graphics – borrowed from the Whiteley Estate, the Art Gallery of New South Wales and private collectors – are on display.

Upstairs is where Whiteley spent the last five years of his life painting and sculpting. What was a sanctuary has now become a shrine. Everything up there remains as it did when he died. Unfinished drawings and paintings lean against the walls with an empty chair facing them. Art equipment and reference books are strewn around the floor. In one corner his platform bed is sloppily made and across the room a wall is plastered with handwritten quotes and images torn from magazines.

The Brett Whiteley Studio offers a rare and precious opportunity to experience first hand how the artist lived and worked in his final days – but in marvelling at the private world he created here, one can’t help but feel heavy knowing that it was also the world he left behind.

The Brett Whiteley Studio is open weekends 10am to 4pm. Entry is free.