Blender Reveals The Man in Black 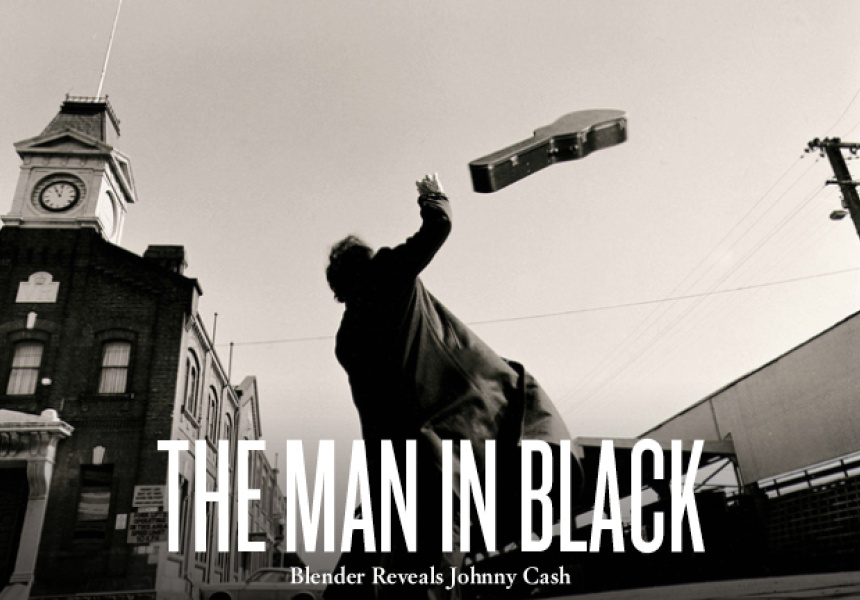 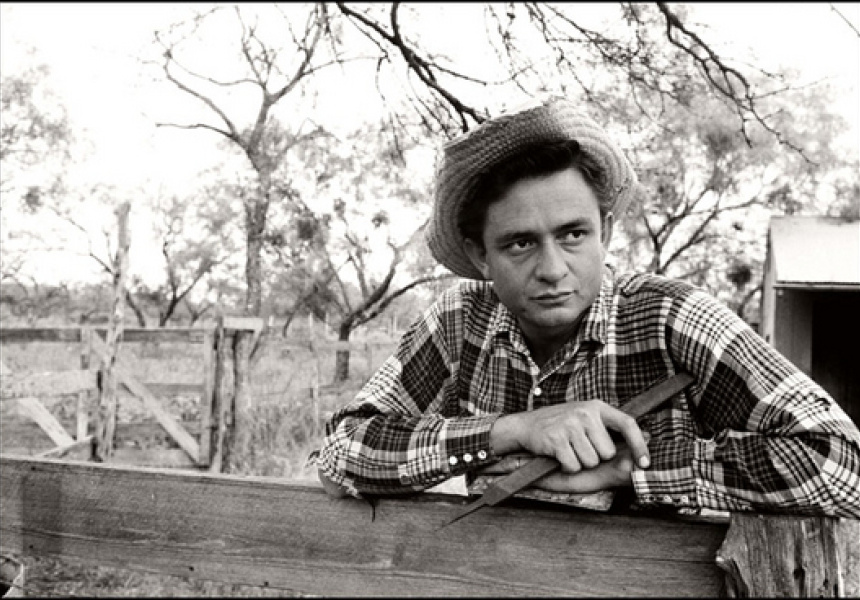 There are musicians, there are celebrities and then there are the likes of Johnny Cash. Cash brooded his way into the cultural lexicon with songs of heartbreak and conflict and an image of masculine isolation. Next week it will be 10 years since his death and to mark the anniversary Blender Gallery has sourced a selection of intimate snapshots by photographers Don Hunstein, Jim Marshall and Andy Earl for The Man in Black – a portrait of Johnny Cash. It is a photographic history that witnesses the evolution of Johnny Cash into The Man in Black, from his first Columbian Records album, The Fabulous Johnny Cash, to the beginning of his American series.[fold]

The earlier images are Hunstein’s and move between two of the singer’s private dimensions – the recording studio and the ranch – to reveal a sensitive, reflective man on the upturn of his career. It is a softer Cash than we are used to (post Joaquin Phoenix’s portrayal in Walk the Line) and Hunstein’s gentle meditation bridges the gap between his plaid roots and signature black look effortlessly.

A decade later and Cash, then recovering from drug-dependency issues, requested that Marshall photograph him recording At Folsom. During the now infamous prison concert the musician bent down to shake hands with an inmate in the front row, Glen Sherley, a repeat offender and songwriter whose song Greystone Chapel featured on the album. Marshall captured the moment and created a beautifully dynamic image that speaks to the power of rock photojournalism. Not only does it spark ideas of Cash and Sherley’s parallel reformations through the prison system, but it also documents the resurgence of Cash’s career and the beginning of a friendship. Through Cash’s advocacy, Sherley was able to record an album while still in prison and it was Johnny Cash and June Carter who greeted him on release from Folsom in 1971.

The exhibition’s final notes are decidedly poetic as the images step away from photo documentary to show Johnny Cash the legend. Andy Earl paints Cash as an indomitable black figure, armed with a long coat and guitar, impervious to the dramatic landscape that surrounds him. One of the images from this series shows Cash propped up with a guitar case and flanked by two dogs in vibrant black and white. The image went on to become the cover of the album American Recordings. Incidentally, Earl shot these pictures while Cash was visiting Australia.

Blender has put together a rare and nuanced selection of impressions of Johnny Cash to create a multifaceted exhibition that almost answers the question, who is the man in black?

The Man in Black – a Portrait of Johnny Cash shows until October 12 at Blender Gallery 16 Elizabeth Street, Paddington.