The Best Seat in the House

We chat with Thonet’s Nicholas Barratt about the renaissance of the classic Thonet bentwood around Melbourne and Sydney’s best restaurants. 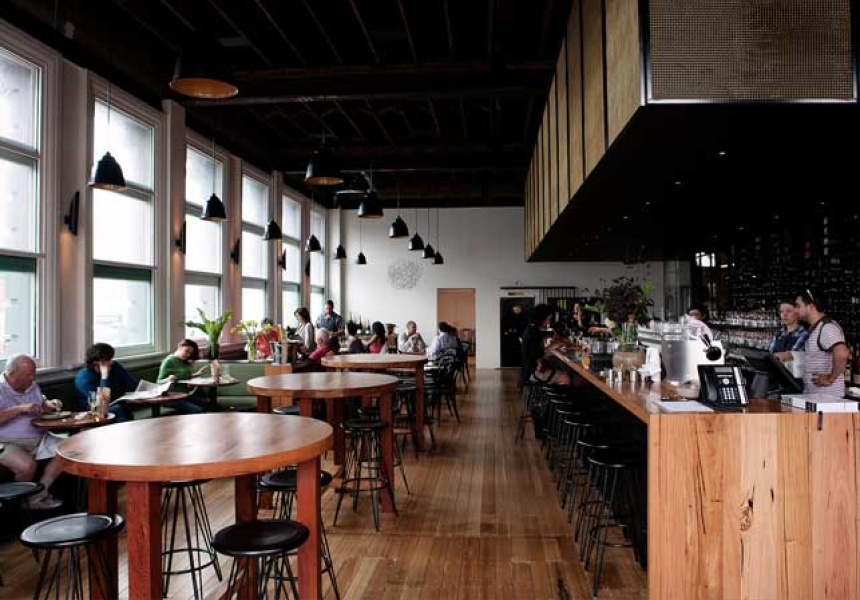 Pronounced Ton-net or Tho-nay depending on which way the linguistic wind blows, the model first created in the 19th century by German craftsman Michael Thonet is everywhere again. While sales of the classic Thonet chair have forever remained steady, Nicholas Barratt, sales and marketing manager at Thonet Melbourne, notes that the old classic has undergone a boom and he puts it all down to dining culture.

“Dining over the last two years has really come along,” he says. “I call it the ‘MasterChef Revolution’ with food coming back in vogue and now so many more people [restaurateurs] coming into the industry, it’s phenomenal.”

Everywhere from Guy Grossi’s The Merchant, to Shannon Bennett’s Café Vue at Melbourne Airport and Supermaxi uses bentwood in various forms. “I like what Supermaxi and St. Katherine’s do with the Rombus, and the first restaurant to get the No. 31 reissue in bulk was San Telmo,” says Barratt.

Even George Sykiotis and co lent on a lasting relationship with Thonet director Richard Daniell when opening their new batch of venues – PM24, St. Katherine’s, Chester White, The Smith and Lupino Bistro – in 2011. “George knows he can get the total follow-up with Thonet; it’s the way our business is structured and has been since 1979 when Richard [Daniell] and Simon [deWolf] started it,” smiles Barratt.

Melbourne’s European-styled chefs relocating to Sydney and taking their bentwood style with them is another reason why the trade is flying. Mauro Marcucci introduced them to his former eateries Pizza e Birra and Mille Vini, and to his current venue Enopizzeria in Neutral Bay, and Maurice Terzini did the same at Otto and North Bondi Italian Food.

With Colonial Leisure Group and The Open Door Pub Company having been regular Thonet clients over the years, Barratt also speaks fondly of enduring Thonet devotees such as Andrew McConnell and former partner and architect, Pascale Gomes-McNabb.

Since the days of Three, One, Two and even when McConnell was executive chef at Circa, The Prince – not to mention their reign at Cumulus Inc. and Cutler & Co – the pair have always used bentwood across their swarm of establishments. “These guys have really opened other restaurateurs’ eyes to the quality of the bentwood, especially the No.18 Thonet,” says Barratt.

He’s not kidding. McConnell and designers Dion Hall and Nick Cox from Projects of Imagination continue to use bentwood models at Golden Fields and at his soon-to-be opened wine bar next to Cutler & Co, Economic Industries. And he will again use bentwood at another of his upcoming projects, The Builders Arms.

From Tim Tehan’s Backstreet Cafe to Gorski & Jones and Middle Park Hotel, it’s all about the classic fit-out. “Yeah, with not too many tricks and just bentwood chairs [incorporated throughout the space],” nods Barratt.

And it’s not only restaurants that receive the Thonet treatment. The corporate world is also onboard. “We’ve put them in at ANZ and done a lot of breakout areas in offices around Docklands,” says Barratt. “The colours are coming back in at restaurants too, with some Chin Chin, The Dining Haul, Albert St Food & Wine matching their bentwood yellow and blacks to their own branding.”

Thonet bentwood: the best seat in the house by a mile. 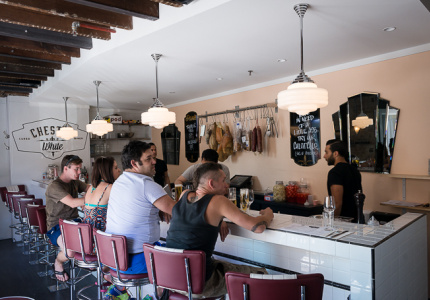