We pick a clutch of bands you can’t afford to miss at this weekend’s Harvest Festival. 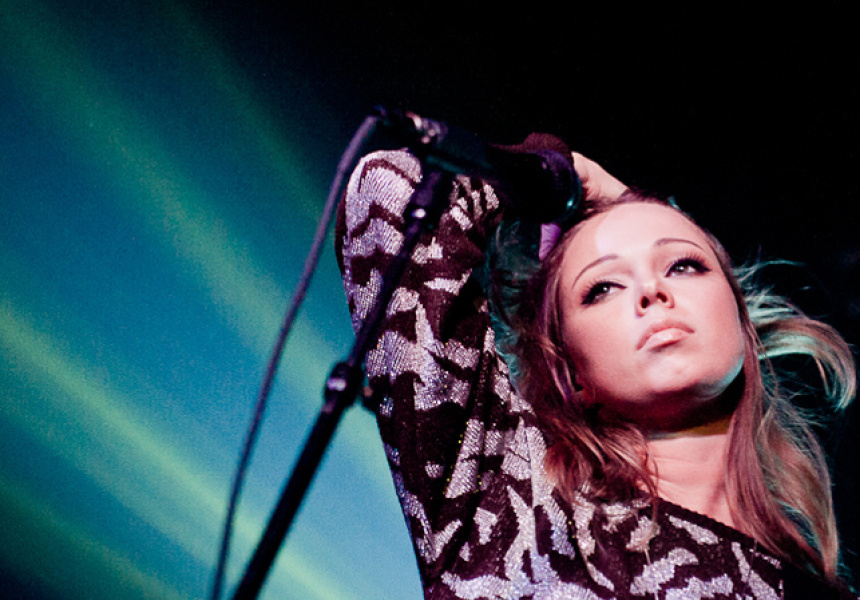 Billed as a 'civilised gathering', Harvest is perhaps the friendliest and most relaxed of the annual music festivals, with wide open spaces and a refreshingly relaxed feel replacing the agro, slow-moving crowds and snaking cues familiar to many festivals. Thankfully, however, the more laidback atmosphere doesn't mean the festival doesn't showcase some serious bands. Following last year’s auspicious debut, Harvest has again assembled some stunning talent for its second instalment. To help sort through the inevitable clashes and scrutinising of timetables, here are Broadsheet’s must-sees for the day.

The War on Drugs
Slave Ambient, the latest release from Philadelphia-based indie rock band The War on Drugs, is a charming collection of distinctly American sounds. So amiable is this record that it finds a spot in your head beside the likes of Tom Petty, Bob Dylan and Bruce Springsteen, in that it seems to speak profoundly of life’s seemingly non-descript details. The War on Drugs’ instantly discernable sound is always easy on tempo, so they’ll be the one’s to watch come sunset.
The Windmill Stage 12.20pm–1.05pm

Liars
You never quite know what you’re going to get with Liars, whose output has ranged wildly from jittery art-rock to dense prog and futuristic robot disco, with several experimental detours in between. Their music’s common thread is a sense of restlessness and urgency and the commanding croon of Australian frontman Angus Andrews. Their current record, WIXIW, has drawn comparisons to former touring partner Radiohead, but expect the unexpected.
The Big Red Tractor Stage 3pm–4pm

Beirut
A distinctive, precocious song-writing talent, Beirut’s Zach Condon pulls off the neat trick of sounding simultaneously world-weary and entranced by wanderlust. His work draws on a wider palette than most indie bands, with gypsy music and European folk key influences. In the likes of Postcard from Italy and A Candle's Flame, he’s written some of the most gorgeous songs of the past decade.
The Great Lawn 5.15pm–6.15pm

Chromatics
Easy to overlook amongst the superstar line-up, Seattle’s Chromatics quietly snuck out one of the best records of the year in Kill For Love, a synth-drenched epic that conjures up midnight drives and neon lights in the rain. It’s nominally electronica, but the songs are more slow-burning affairs than dance floor anthems and should be just about perfect for twilight in the park.
The Big Red Tractor Stage 6pm–7pm

Beck
One of the most influential musicians out of the United States in the last 20 years, Beck sets his personal, highly allegorical lyrics over an expansive backdrop. He utilises anything from signature string sections, distorted guitars and sweeping soundscapes in expanding on his early reputation as an experimental singer-songwriter. There’s always a slightly laidback, country twang at Harvest and Beck has an enormous back catalogue – one to match any occasion.
The Great Lawn 6.45pm–8pm

Grizzly Bear
After two flat out masterpieces in Yellow House and Veckatimest, Brooklyn indie royalty Grizzly Bear have kept the quality control sky high on this year’s Shields, a sprawling work taking in intricate arrangements and soaring harmonies. Their particular skill is in making music that is at once hugely complex and completely inviting, as seen in stellar recent singles Sleeping Ute and Yet Again.
The Windmill Stage 7.30pm–8.30pm

Sigur Ros
There have been few bands ever to compare with Icelandic marvels Sigur Ros. Their most recent album Valtari – their first album of new material after an extended break – finds their celestial post-rock in fine form. Expect layers of strings, cinematic melancholy and pure, overwhelming beauty. Even when singing in ‘Hopelandic’ a nonsensical language of their own construction, everything about Sigur Ros somehow makes perfect sense.
The Great Lawn 8.30pm–10pm