The second-largest collection of contemporary art in Australia is headed to a new home, and you’re invited over. 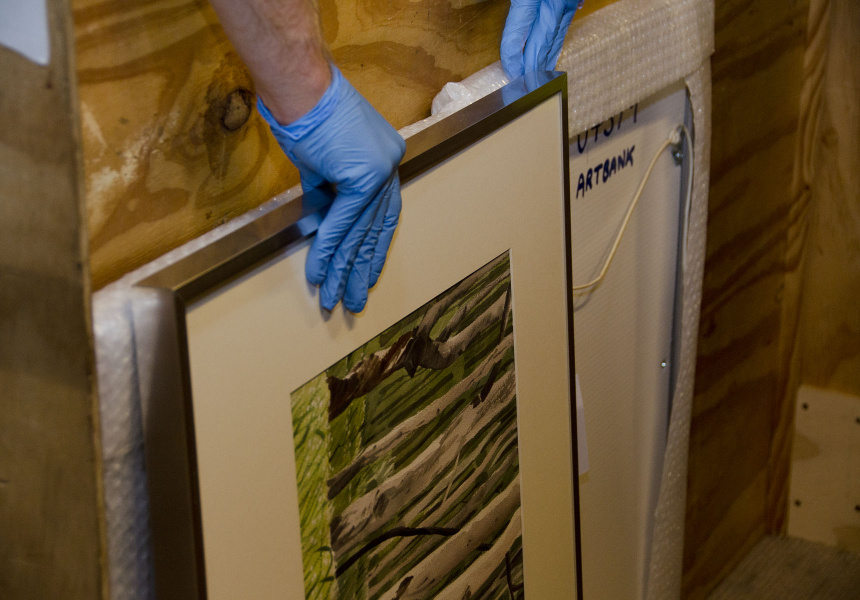 Unlike the stuffy atmosphere in most contemporary art galleries, with cordoned-off artworks and corner-dwelling sentinels, Artbank offers access to a vast collection you can not only view, but take home for a while. Since the art-leasing program was established by the Fraser Government in 1980 it has amassed more than 10,000 works of contemporary Australian art with a net value of $37 million. Now the only self-supporting federal government program, Artbank has outgrown its Roseberry space, and is moving to a new, multidisciplinary home.

The new space will be located in Waterloo’s established art community. “Waterloo made sense because of the Danks Street precinct and the natural synergy between the commercial galleries and Artbank and the gallery space we’re establishing. It’s nice to be located within a community and to build up that community and support and engage with it as well,” says Artbank director Tony Stephens.

The new space will bring Artbank out from under the radar by creating a dialogue between its collection and the public.

“The move is about the evolution of Artbank from being just a leasing business to being a program that supports artists and leases work. A space that reflects the multifaceted approach we take. Having a space to store the collection, for it to be viewed in and for us to engage with the public is something we’ve been working towards,” says Stephens.

Artbank is the most successful program of its kind in the world. Its focus on supporting artists through continual collecting has seen it expand from the level of local and state government to corporate and private spheres.

“The idea is to unpack the value of the collection we have stored on site. To engage people and to create narratives for the works that are stored. I think it will support what we do but also unlock some of the potential people don’t actually see,” says Stephens.

The multilevel complex will be comprised of offices, storage space, a public gallery and a commercial kitchen. These spaces have been designed with cross-art-form collaborations and community events in mind. The focus of the redesign (by Aileen Sage Architects) is to create flow from natural surroundings through the offices and into the central gallery.

Stephens hopes this space will open up comfortable, intimate interactions in a democratic exchange that offers people the opportunity to own cultural artefacts. “Artbank is different because we haven’t built a monument to contemporary art. We’ve built a space people can access and feel comfortable accessing and they can do this because Artbank – and where they engage with Artbank – isn’t around the hallowed halls of contemporary art in quiet spaces of contemplation, but actually in real spaces of domestic commercial scale.”

The Waterloo space is set to open this August.