Take a peek at some of the country’s most incredible interiors. 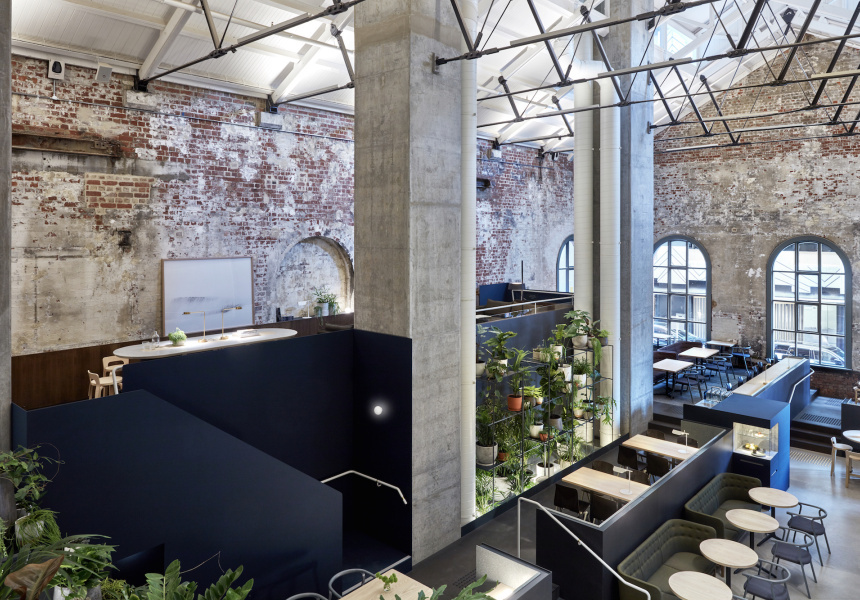 In Melbourne, Nathan Toleman’s CBD cafe Higher Ground is on the shortlist for best hospitality design. Design Office is behind the split-level cafe that takes advantage of 15-metre-high ceilings in a former power station, with an L-shaped mezzanine that overlooks the ground floor.

Sake in Flinders Lane by Melissa Collison Design (think dark, sleek furniture and bamboo chandelier pendants), STREAT Cromwell in Collingwood by Six Degrees Architects, and Moby in Armadale by We Are Huntly, have also been shortlisted for best hospitality spots.

In Adelaide, Genesin Studio based the Antica Pizzeria e Cucina interior on owner Anthony Crea’s family heritage in Napoli, Italy, and has been given a shortlist guernsey. SJB has been shortlisted for its design of winery St Hugo.

In Perth, the design of Northbridge Chinese restaurant Chilli Panda made the shortlist. There, Mata Design Studio created an industrial and refined space with pendant lights and customised modern furniture.

The winners will be announced in Melbourne on June 9.

For the full shortlist, visit australianinteriordesignawards.com.