Melbourne designer Sass Crocker has launched her annual charity calendar project for 2015, this time with a nod to the golden age of hip-hop. 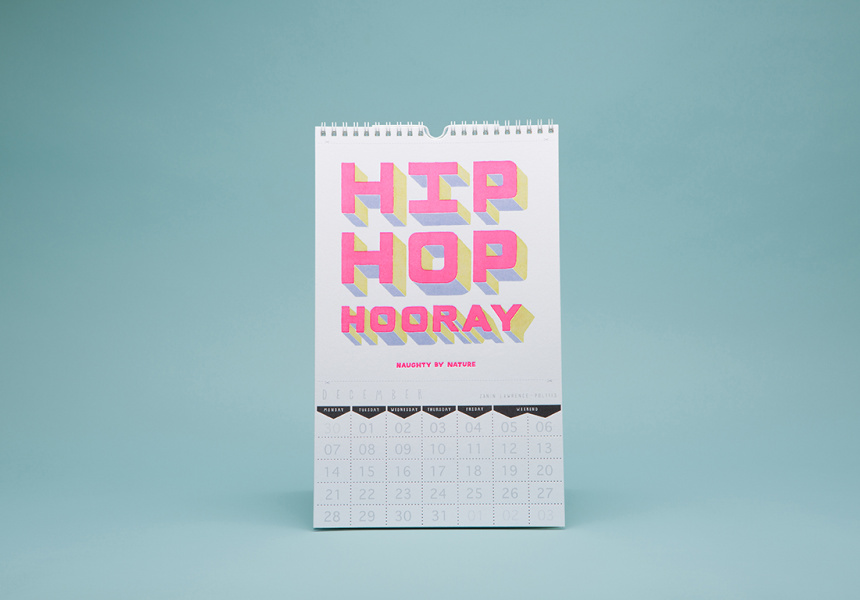 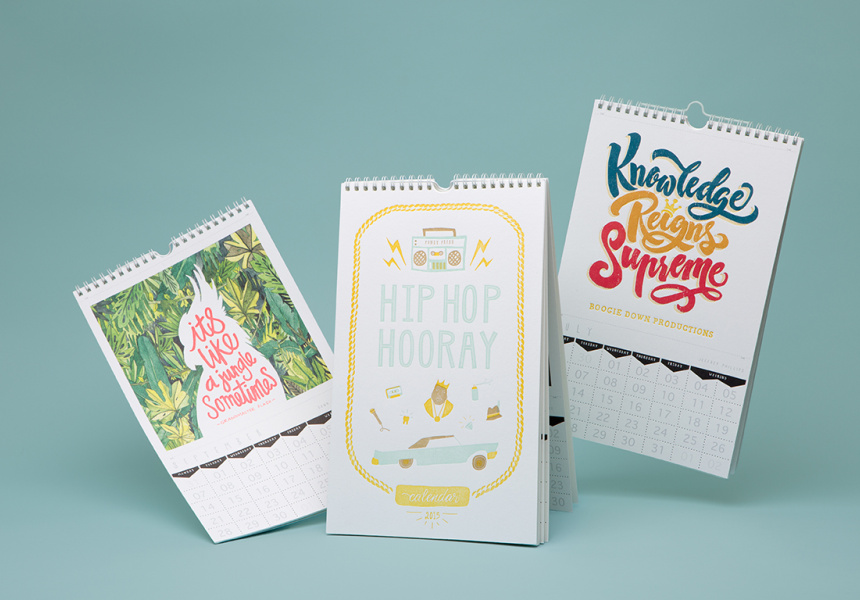 Sass Crocker, the Melbourne-based designer and founder of stationary label Ask Alice is back with Hip Hop Hooray, a colourful new calendar, complete with a new theme and a new charity to donate all profits to.

Packed with lyrics from ‘80s and ‘90s hip-hop songs, (May: “I like my coffee with sugar and cream”, in July: “Knowledge reigns supreme”). The quotes are letter-pressed in bright colours and sweet pastels that would be right at home on a wall in your grandmother’s house.

Crocker approached Veronica Grow, the founder of Melbourne-based design and typography school Old School New School, and recruited 12 students to help her design the lettering. Then Crocker was trained by Amy Constable of Saint Gertrude Design and Letterpress to operate a 100-year-old, foot-operated press which together they hand-fed 27,000 calendar pages through.

The funds raised from sales of the calendar are being donated to Heaps Decent, a Sydney-based not-for-profit that uses hip-hop to empower and educate disadvantaged youth.

“I think hip-hop can get a really bad rap, in that people can have a preconception that it’s really negative. But there is also a really positive side to it and it’s really uplifting. Putting on some positive ’90s hip-hop can definitely turn around a bad day.”