Virtual reality, scented installations and live jazz in a gallery. Here are the exhibitions you shouldn’t miss this month. 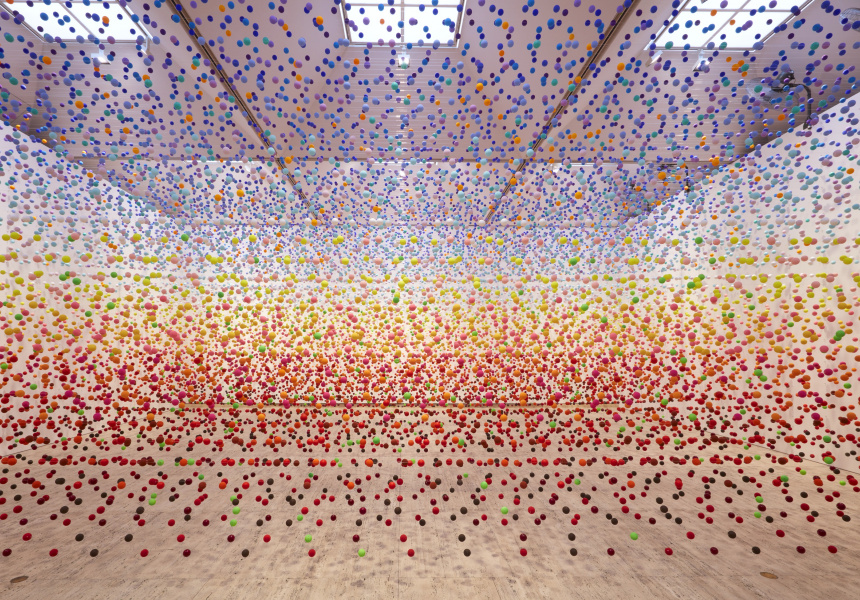 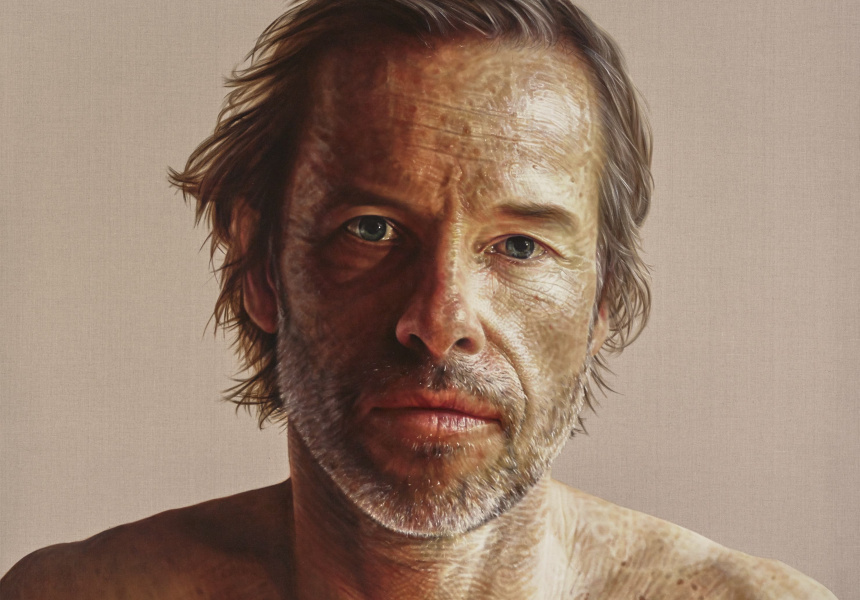 All of this and more is possible at the Art Gallery of NSW’s (AGNSW) current multi-sensory experience Space Makers and Room Shakers.

Drawn mostly from the gallery’s collection, this exhibition takes the works of seven international artists and uses them to unsettle our sense of gravity and space by transforming the white-walled gallery into a moving and scented sensory realm.

And while you’re there, don’t miss the trifecta of annual AGNSW prizes on display: The Archibald, Wynne and Sulman prize winners for 2018. They celebrate the best in portraiture, Australian landscape painting and genre painting.

Spacemakers and Roomshakers is at The Art Gallery of NSW until October 21. The 2018 Archibald, Wynne and Sulman prize winners are on view until September 9. artgallery.nsw.gov.au.

Laka
Immerse yourself in a panoramic exhibition that uses video, sound and virtual reality to give voice to Australia’s diverse intercultural histories. The exhibition follows the journey of a Yolngu woman (from north-eastern Arnhem Land in the Northern Territory) and her Sri Lankan-Australian partner as she returns to her traditional country for the birth of her first child.

The work is a collaboration between Australian artists S Shakthidharan and Rosealee Pearson and has been developed by CuriousWorks, a western Sydney-based community arts and media organisation fostering a new generation of storytellers. Screenings of the feature-length film will be held throughout the exhibition, and there will be five virtual-reality sessions each week.

Laka is at Casula Powerhouse Arts Centre until September 16. casulapowerhouse.com.

After Hours
Jerico Contemporary, Sydney’s new commercial gallery space in Woolloomooloo in Sydney’s inner-east, will host a solo exhibition by Sydney-born Jordana Henry this month. Now based in Byron Bay, Henry works rhythmically from her home studio. Her bold and expressive works are often in the pages of fashion and interior design magazines such as Russh and Real Living and splashed across the social feeds of interior showrooms including Melbourne’s Pop & Scott and online store We Are Triibe.

After Hours, her latest series of metre-long linen works, is an abstract exploration of the female form. The rich colours and fluid brushstrokes are a striking attempt by Henry to capture the strength and fragility of the female form.

After Hours is at Jerico Contemporary until September 1. jericocontemporary.com.

Between Suns
Another relative newcomer to the Sydney gallery scene is Paddington-based arts space Cement Fondu.

Its latest group exhibition Between Suns brings together Sydney-based artists James Nguyen, Khaled Sabsabi, Mona Ibrahim, Phaptawan Suwannakudt and Shivanjani Lal for a multimedia exhibition that offers a glimpse into the histories and rituals of immigrant communities.

Alongside powerful video works and a multi-sensory installation built to evoke the sounds and smells of Buddhist temple Wat Pho in Bangkok, is a diverse program of gallery activations. Highlights include a refugee art project exhibition auction hosted by artist Abdul Abdullah; a jazz night in the gallery; and a Thai community day brought to life with contemporary performance, traditional dance, a massage demonstration and local snacks.

Between Suns is at Cement Fondu until September 16. cementfondu.org.