Australia’s most famous art prize, a survey of our national tree, and an art-filled concrete bunker in the CBD are among the highlights in May. In partnership with Campari, we highlight four of the best art exhibitions and events happening in Sydney this month. 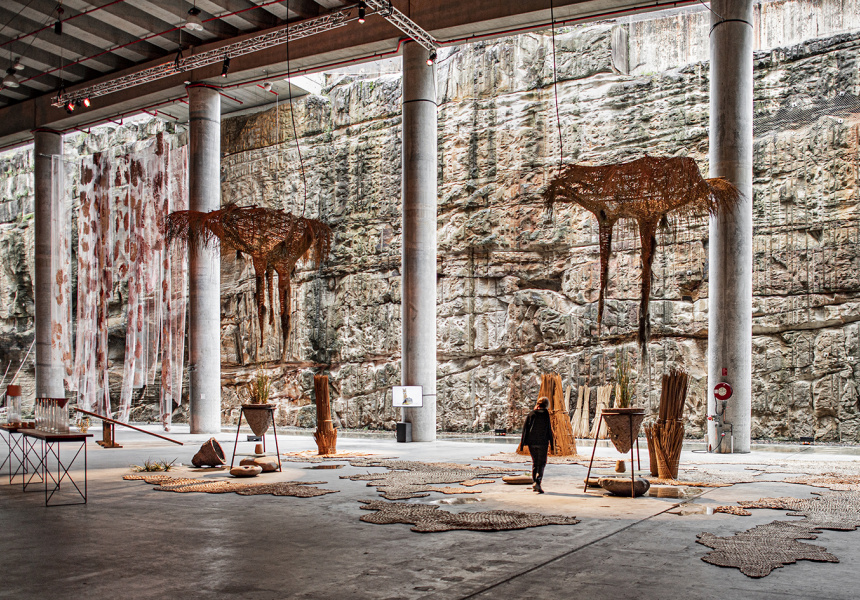 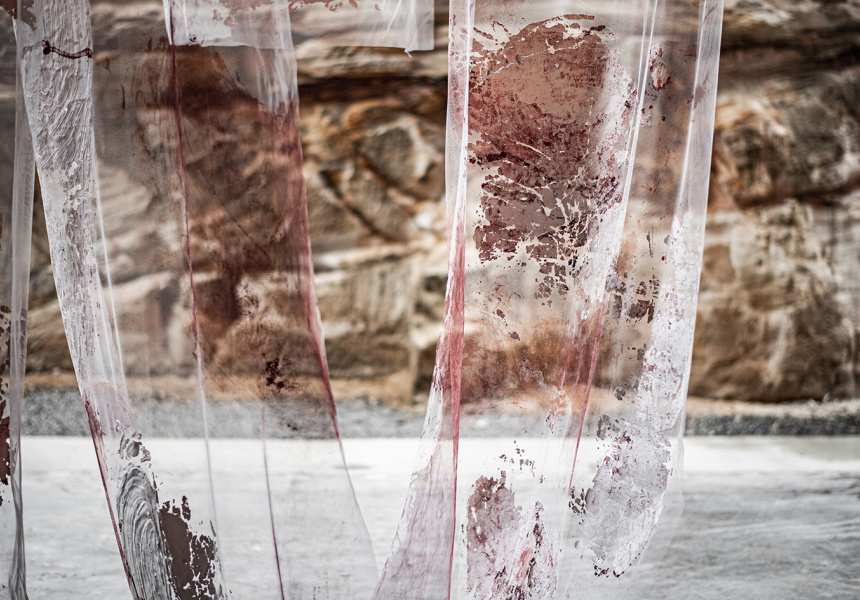 Del Kathryn Barton: The Women Who Fell to Earth at Roslyn Oxley9 Gallery

The Cutaway at the 23rd Biennale of Sydney In 2022, the 23rd Biennale of Sydney has taken over The Cutaway at Barangaroo, an expansive subterranean venue hidden below the headland’s botanic garden. Inside the vast concrete space find artworks by English outfit Ackroyd & Harvey, who present portraits of Aboriginal ecoactivists Lille Madden and Uncle Charles “Chicka” Madden; Melbourne-based artist Jessie French, who melds art with science to create bioplastics using algae; and Zheng Bo, whose provocative work views the plant world through a sexual lens. Weaving its way through the venue is Flow, a bamboo installation by Cave Urban, a Sydney-based multidisciplinary studio that explores the intersection of art and architecture. The Galleria Campari Bar will be mixing Negronis and Campari sodas if you’re in need of refreshment.

Archibald, Wynne and Sulman Prizes 2022 at the AGNSW
It’s a national event on a par with the Boxing Day Test. It always makes the headlines and, of course, the bookies love it. It’s the Archibald, Australia’s most prestigious art prize, awarded each year for portrait painting. In 2022, the Archibald, along with the Wynne and Sulman prizes (the former for landscapes, the latter for subject, genre or mural painting), will be awarded on May 13. The following day, the 2022 Archibald, Wynne and Sulman Prizes exhibition opens at the Art Gallery of New South Wales, where it will run until August 28 before embarking on a national tour. Among submissions vying for this year’s Archibald are portraits of veteran thespian Lisa McCune (by her friend and artist Yvonne West), acclaimed New Zealand director Taika Waititi (by Claus Stangl) and tennis champion and 2022 Australian of the Year Dylan Alcott (by Felix von Dallwitz).

Eucalyptusdom at the Powerhouse Museum
The gum tree – as the eucalyptus is commonly known – is synonymous with the Australian bush. Eucalyptusdom mines the Powerhouse Museum’s enormous collection to present a cultural history of the gum tree that reveals insights into the evolution of our national identity over the last century or so. More than 400 objects – including artworks, photographs, ceramics, furniture, and, notably, a sledge made of spotted gum that Sir Douglas Mawson’s expedition took to Antarctica – appear in the exhibition alongside 17 newly commissioned works by creative practitioners working across the fields of design, architecture, film, applied arts and performance.

Del Kathryn Barton: The Women Who Fell to Earth at Roslyn Oxley9 Gallery
One of Australia’s most successful painters, Del Kathryn Barton possesses an instantly recognisable style that is intricate, surreal and bursting with colour. Born in the Blue Mountains, Barton graduated from COFA (now known as UNSW Art & Design) in 1993. She won the Archibald in 2008 for a self-portrait with her two children and again in 2013 with a portrait of actor and national treasure Hugo Weaving. In 2017, the National Gallery of Victoria staged Del Kathryn Barton: The Highway Is a Disco, a landmark solo show of Barton’s masterful and inimitable paintings and drawings. Opening on May 6, The Women Who Fell to Earth marks Barton’s first exhibition at the Paddington Gallery since 2019’s exuberant I Wanted To Build a Bed for All the Tired Beds and a must-see show for lovers of contemporary Australian art.