A skate shop moonlighting as an exhibition space, one of the world’s most influential pop artists, David Hockney, and Sydney street artist Anthony Lister is back. 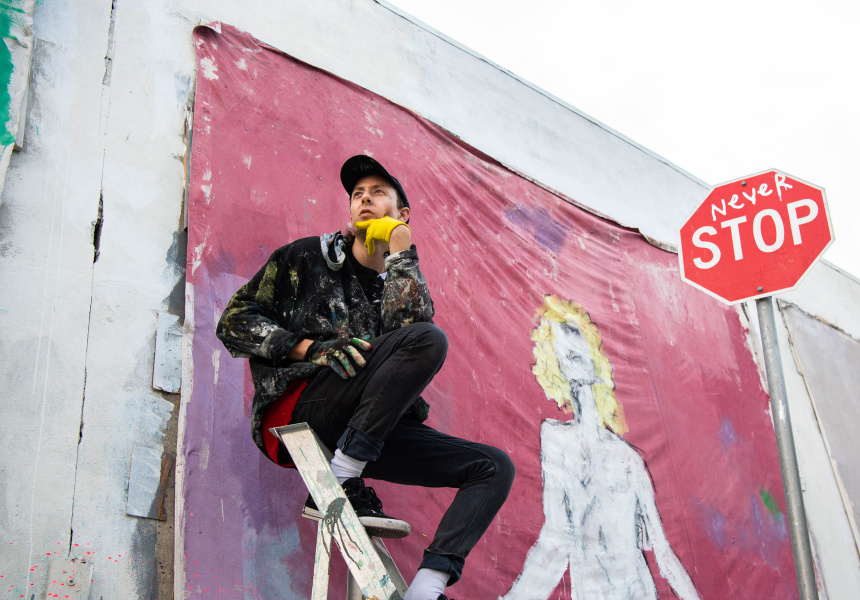 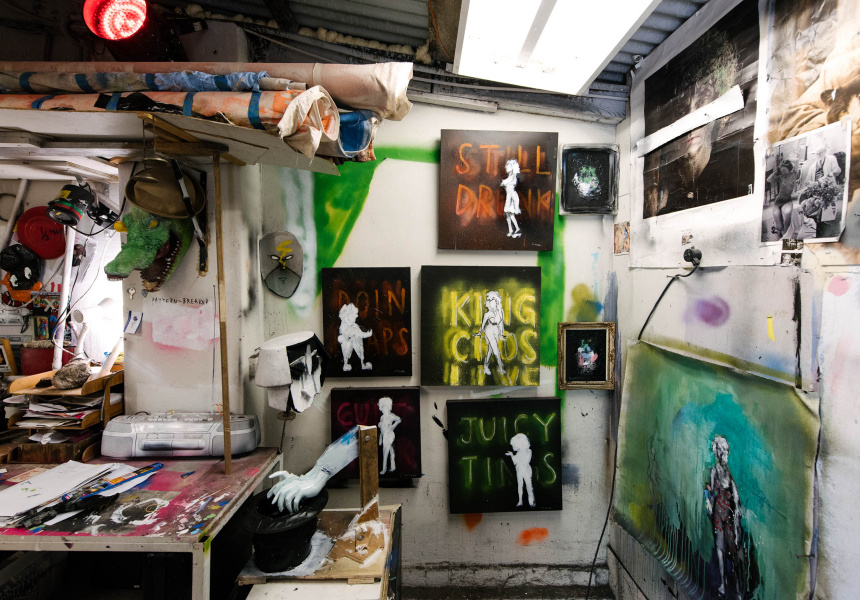 Anthony Lister, Culture Is Over 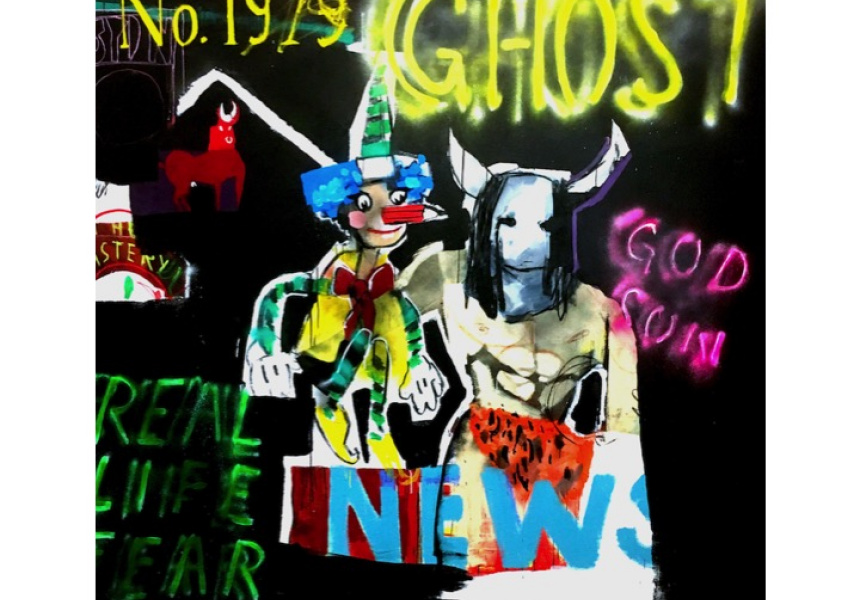 Anthony Lister, Culture Is Over

Photography: Courtesy of Culture Is Over
1/17
by Katie Milton
Share

Michael Armitage: The Promised Land
Just over a month ago the Kenyan High Court rejected a petition calling for the decriminalisation of homosexuality. The hero painting (Kampala Suburb) in Kenyan-born artist Michael Armitage’s first exhibition in Australia draws you into the embrace of two men against a background of icons depicting an execution. Political, personal and up to three metres wide, Armitage’s bold works give a glimpse into East African society on stitched lubugo-bark cloth.

Michael Armitage: The Promised Land is at the Museum of Contemporary Art until Sunday September 22. More details here.

Naidoc Week 2019: Voice. Treaty. Truth.
Embrace the rich culture of Aboriginal and Torres Strait Islander peoples during this annual week-long celebration. Not to be missed is award-winning Indigenous photographer Professor Wayne Quilliam Instaculture, made up of trippy digital works that merge drone images of country. It’s being exhibited inside four large cubes at Darling Quarter 24 hours a day. Head to Woolloomooloo’s Firstdraft gallery space for an afternoon of spoken word, cross-cultural live violin and a drag performance by First Nations artists. Wrap up the week at heritage-listed homestead Rouse Hill House and Farm, in Sydney’s west, for a family-friendly day of performance, weaving and art activities.

Bondi Winter Magic
This is the 10-year anniversary of this winter festival. There’s an outdoor emerging-artist market on Sunday July 14 at Roscoe Street mall where you can scribble on the streets with chalk and buy works. Each Sunday local historian Lawrie Williams will host history walks, and Bondi Feast happens from July 9 to 20. It involves 200-plus artists and more than 60 shows (covering roving performers, circus, burlesque, comedy and theatre) alongside food trucks and drinks.

Art On The Streets is on at Roscoe Street Mall from 9am on Sunday July 14. Bondi Winter Magic is on until July 28. More details here.

David Hockney: Prints
David Hockney sold his first painting for 10 pounds at Yorkshire Artists Exhibition, a small regional art fair in Leeds, in 1957. In 2018 his vibrant oil landscape Pacific Coast Highway and Santa Monica broke his own auction record when it fetched £21 million (nearly $AU38 million) at Sotheby’s New York. Hockney’s career is vast and fascinating and he’s made pieces using everything from fax machines to iPads. Drawn from the National Gallery’s collection of his works on paper from 1961, this exhibition highlights the depth and scope of the artist’s printmaking output. Don’t miss your chance to see more than 80 prints from one of the world’s most influential pop artists.

Sydney East Art Walk
Embark on this epic self-guided art trail that starts at Indigenous-owned APY Gallery in Darlinghurst, takes you to chic commercial space Jerico Contemporary in Woolloomooloo, and branches off into Potts Point, where you’ll find artist-run initiative STACKS Projects and an intelligent exhibition that delves into the relationship between art and science. There are 17 stops on the trail, but don’t worry if that seems like too much; the galleries are there all year round.

Culture Is Over
You’ve probably seen Anthony Lister’s eerily figurative graffiti, and his tag, scrawled across old buildings in Sydney. Now the artist is back in for the 10-year anniversary show of the pop-up art event that helped take him from Sydney’s streets to the white walls of New York galleries. Being held at the now-closed Porky’s Nite Spot (a strip club), on what used to be the iconic Kings Cross red light strip, Lister’s show will be a timely reminder of how the city has changed.

Culture Is Over is on at the old Porky’s site, 77 Darlinghurst Road, Kings Cross, from Wednesday July 17 until Wednesday July 24. There’s an opening party from 7pm to 9pm. More information here.