One guy, five months, 300 artworks. How one Sydneysider took to the streets during lockdown to capture the local art world – in all its permutations. 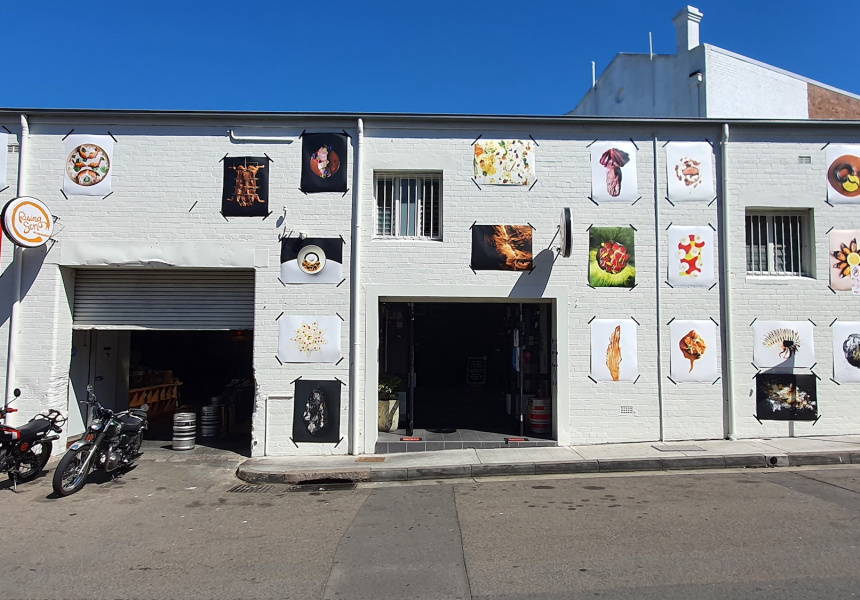 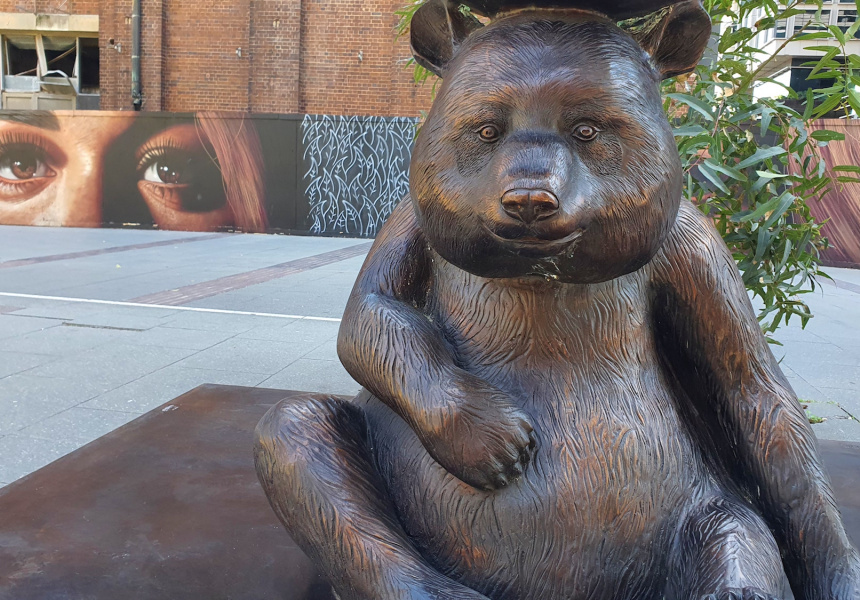 During lockdown, some of us painted, others planted and many of us tended to our sourdough starters. Then there’s Glen Falkenstein: he tracked down local art.

By approaching artists and art spaces, chasing up referrals and walking block-by-block on a five-month solo quest, Falkenstein found and captured 300 artworks in galleries, cafes, bars, streets and alleys across nine Sydney suburbs (Chippendale, Glebe, Newtown, Surry Hills, Darlington, Redfern, Paddington, Darlinghurst and Alexandria). Now, all of it can be viewed via interactive virtual tours on Art Out, a new platform Falkenstein – a 2SER host and film critic – built himself.

“Artists felt isolated. We looked for ways to still get out there and collaborate and engage,” Falkenstein tells Broadsheet. While compiling images, he would try and meet as many artists as he could – “not just to have their artistic visions represented but because it’s so fun finding them and getting to know talented people.” He adds, “It’s been amazing exercise. I can confidently say I’ve walked every street in Newtown.”

Now is a good time to see Sydney’s art. Falkenstein says there was an explosion of street art during the pandemic, as artists reacted to the times and produced murals in emptied public spaces. There’s a fascinating fusion of art forms and themes, as pre-pandemic works and newer works sit side-by-side. Artists have harnessed a new source of creativity during the pandemic, and art spaces are now showcasing more eclectic works, adapting and innovating along with the changing conditions.

“It’s a unique time and I want to chronicle it,” says Falkenstein. Exhibitions inevitably end and street art often gets painted over, but the images will remain on Art Out, making the platform a kind of historical art archive.

Falkenstein wants to offer a complete snapshot of Sydney’s art scene. So far, the density of artworks captured per neighbourhood – even per street – on Art Out’s neat map is astonishing. Inclusivity is key, he says.

“It's important that the platform broadly represents great art in both traditional and non-traditional spaces. The amount of ‘non-gallery spaces’ taking a chance on rather unknown artists who make great stuff – that’s heartwarming.”

Those non-gallery spaces include hospitality venues such as 212 Blu in Newtown, which has illustrations by artist Daniel Steele Jon Aldridge on its walls; Glebe’s The Wedge Espresso, which displays the photographic works of Tom Psomotragos; and Atomic Beer Project in Redfern, with a mural by Heavy Metal Factory on its roller door. Each Art Out entry includes a panoramic look at the work and its surrounds; a map that shows where it’s located; the artist’s name (if known); plus nearby cafes, bars and restaurants. While Falkenstein discovered many of the works on his walks, artists and art spaces can also submit entries to him directly.

The website includes a variety of artworks and styles to suit a range of tastes. The Homo Sapiens by Matteo Bernasconi at Chippendale’s Peach Black Gallery highlights the importance of human touch. Christopher Pearce’s Art x Food photographic series, depicting beautiful dishes served by Australian dining institutions, is displayed across the facade of Rising Sun Workshop in Newtown, and explores the crossover between fine food and art.

And if you live in Sydney, you can even use Art Out to plan a self-guided art walk through the documented suburbs. (Just make sure your travel is Covid-safe.)

Falkenstein has big plans for the platform: he wants to grow the team, host guided art walks, showcase larger spaces and expand coverage to other cities. “As soon as I can get to Melbourne, I’m going,” he says.

The Covid-19 situation is evolving in NSW and public health recommendations are subject to change. Masks are recommended in indoor public spaces. If you have concerns about visiting businesses or public spaces, or questions about self-isolation or coronavirus testing, check out the latest updates from NSW Government. 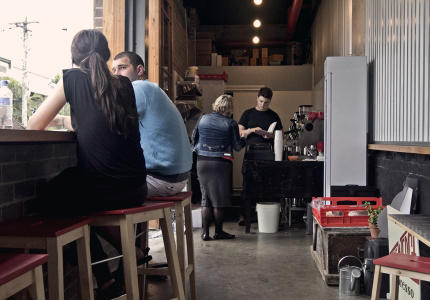