Sydney’s first ever art fair, Sydney Contemporary, signals a city on the brink of becoming an international art force. 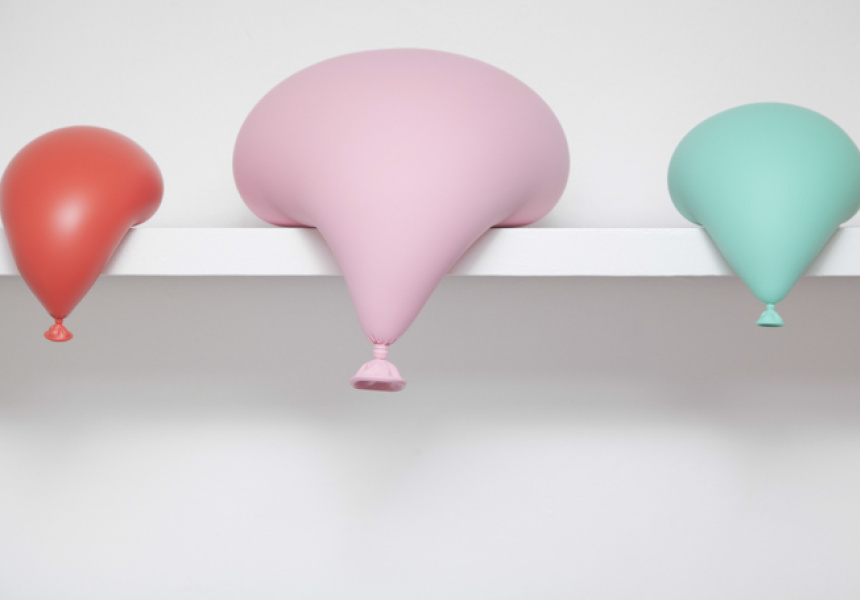 He Knows At Any Moment It May Be Lost In A Vertical Field, 2012 When Carole De Senarclens makes her first visit to Sydney this week, it won’t be to immerse herself in the city’s water vistas or the sleek curves of the Opera House. Instead, the Singapore gallerist is bound for the industrial elegance of Carriageworks, home to the newest event on the international art circuit. “We’re really thrilled to be part of the first instalment of Sydney Contemporary,” De Senarclans says. “I’ve always heard that Sydney is an important art destination and that contemporary art is definitely on the map. We’re excited to check out the galleries and the art scene when we’re in town. It’s really relevant to have this kind of an event in Sydney.”

For gallerists such as De Senarclens, who runs Art Plural, a commercial space with a stable that includes US cross-disciplinary duo Doug and Mike Starn and Chinese painter Li Tianbing, Sydney Contemporary serves as a passport to the global market while offering easy access to Australian art stars. The fair, which opens on Thursday, will feature over 80 galleries from 11 countries, ranging from established capitals like Berlin to emerging centres such as Cape Town and Jakarta.

For Geoff Newtown, founder and director of Melbourne’s Neon Parc, Sydney Contemporary is an important stop-off in a crowded calendar. It’s also proof of the way art fairs are essential viewing for ambitious galleries with dreams of an international presence. “We probably go to three or four fairs a year. This year, I’ve been to Los Angeles, Cologne and Hong Kong and last year it was Copenhagen, Hong Kong and Brussels,” he says. “Everyone is feeling really positive about Sydney. Everything is pointing to a good experience.”

Sydney Contemporary was established by Tim Etchells, art world veteran and co-founder of the Hong Kong art fair, and will unfold every two years in tandem with the Melbourne Art Fair. It’s also the largest event of this kind to date and, along with the Biennale, signals the city’s growing status on the global art circuit.

The fair is a familiar idea to Sebastian Goldspink. The founder and director of Alaska Projects, an experimental arts space housed in a Kings Cross parking lot, says Sydney Contemporary signposts the way the city has become an international contemporary arts destination. “Most major world cities hold art fairs and biennales an we’ve seen a real growth in this area in the last five to 10 years,” he says. “Art fairs are becoming more important, with more people taking the opportunity to attend and partake in what’s on offer.”

Goldspink, who will be hosting offsite exhibitions as well as works by Jess Olivieri, Samuel Hodge and Phil James as part of Sydney Contemporary, believes that the fair will widen Alaska Project’s reach. He’s equally inspired by the event’s international prospects. “We’re in an out-of-the-way hidden location so we’re really excited about creating greater exposure for our artists and engaging new audiences,” he says. “We’re also really looking forward to seeing what other galleries have to offer – particularly those from New Zealand and Asia.”

However, you don’t have to be in the art business to be swept up by Sydney Contemporary. The event will also play host to artist talks, including a discussion about beauty versus anti-aesthetics featuring Archibald winner Ben Quilty, as well as a creative breakfast that will see Kylie Kwong, Rachel Griffiths and architect Nick Tobias explore the ways in which art offers inspiration points for various creative pursuits.

Amanda Rowell, director of The Commercial, a Chippendale space that will show works by installation artist Yasmin Smith and minimalist Gail Hastings, says that art fairs are often a microcosm of the art world at a point in time.

“Fairs are really interesting things. People sometimes say that they’re not always the best way to see art but they offer a really strong snapshot of what’s going on,” she says. “It’s really good to meet your tribe and catch up with your colleagues in an intensified way. Melbourne Art Fair has always been a really great thing. And I’m really excited that Carriageworks is just down the street.”

Sydney Contemporary will run from September 19 to 22 at Carriageworks.