Ana Matronic from the Scissor Sisters

From fringe act to pop culture icon, Ana Matronic’s tireless work ethic is at the heart of the Scissor Sisters’ success. 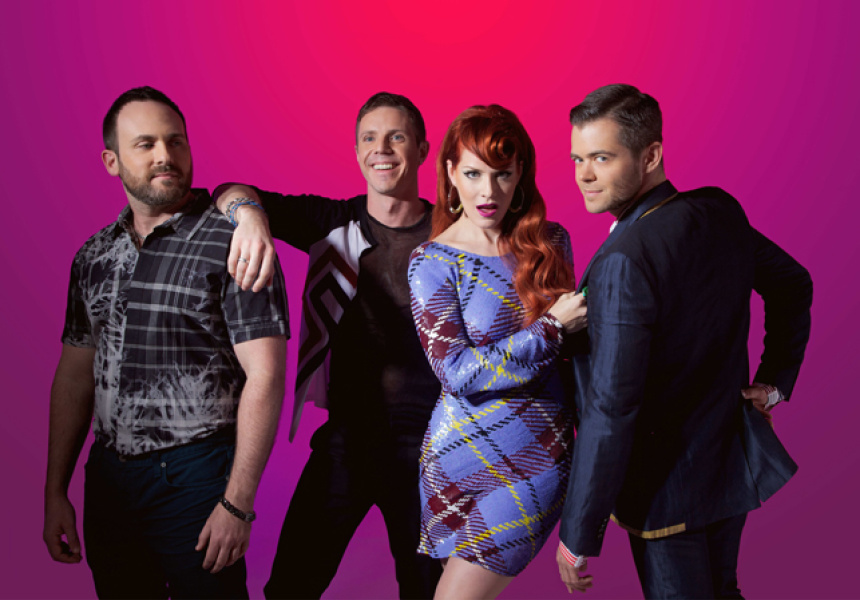 When in Japan, most major touring acts expect a polite reception from the stadium audiences. A reception, they’re told, that sounds more like a gratuitous clap than a blood-curdling roar.

“We were told that the crowds in Japan would be more reserved than we’re used to,” says Ana Lynch (aka Ana Matronic), the enigmatic lead singer of the Scissor Sisters. “But I’ve learned a little Japanese, more than most people use when they come here, and it seems to really work with people. Last night they were going crazy!” she urges.

Not 30 seconds ago I was on hold, waiting while Matronic finished settling into her hotel room in Tokyo. She’s struggling a little from the “Japanese Typhoon” that hit last night – a euphemism, I suggest, for smashing up a hotel room. She corrects me politely and says it was only a few celebratory drinks after another successful show.

Ana Matronic is the consummate professional. Her tireless work ethic is at the heart of the Scissor Sisters’ success: an ethos that has seen the kings of New York’s racy gay subculture become pop cultural icons in the space of a decade. It has also seen Matronic and her Scissor Sisters counterparts tour the world extensively, from Europe and Australia to non-English speaking countries like Japan and China.

“It’s quite possibly the greatest thing that has ever happened to me,” says Matronic, of the Scissor Sisters’ ability to transcend language barriers and prejudice. “There are so many people who would kill to be where I am, so it’s something I never take for granted.”

Over the past decade, the band have collaborated with a list that reads like a who’s who of popular music: production from Pharrell Williams, Calvin Harris and Mark Ronson, guest vocals from Elton John and Azealia Banks, and a very peculiar marketing video from Josh Homme. They are musicians’ musicians and it’s the small gestures from Ana Matronic – like learning Japanese – that act as a catalyst for their exponential rise and universal respect.

On working with esteemed popular producers, Matronic explains that it has a drastic impact on the creative process. “We have always been our own producers, and sometimes that means your songs become self indulgent,” she says. “It (the new album) would not have gotten to where it is without the magic of Calvin Harris, adding his own creative process to ours.”

While they’ve befriended the big names in the industry, the Scissor Sisters (particularly Matronic) are known for attracting fanatical followers. Matronic’s fan club call themselves ‘nuns’, a term given to the group of obsessed fans who describe themselves as ‘Ana-sexual’.

“We have all been outcasts socially and for the fact that some of the members are gay. People respond to that and we represent a real triumph and escape from life’s hardships,“ says Matronic tactfully.

For the most part, Matronic is genuinely surprised that her cross dressing, politically polarising band ever gained wider traction.

“I thought we were such a novelty, that we would really never make it out of New York City,” she says.

Luckily for the rest of the world, they did.