The Allure of the Speculative: Bill Henson at Roslyn Oxley9

More than three decades into his prolific and often controversial photographic career, Bill Henson is no closer to capturing home truths. And he couldn’t be happier about it. 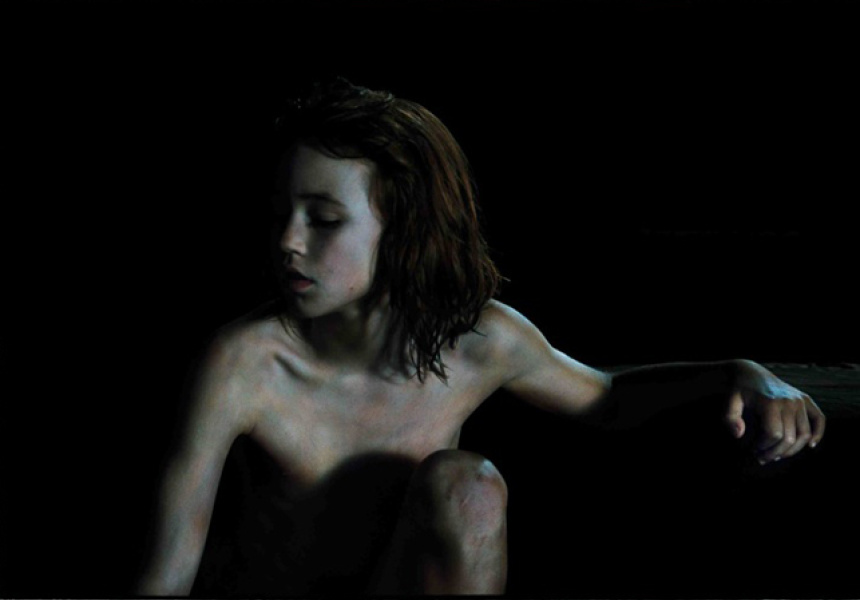 Bill Henson has a particular way with words. He describes the process for creating an exhibition in terms of “variables in the studio” and “the collisions between very slow-moving objects and very fast-moving objects”.

Though somewhat guarded in tone and manner, give him a start and a simple response has the tendency to unfurl into a thesis of eloquent, well-considered details. “Photography is the most profoundly contradictory of all mediums for me,” he offers at one point, chatting from Melbourne in the weeks before his new solo exhibition, which opens at Roslyn Oxley9 tomorrow (September 20). “You have this dumb literalness and at the same time, the potential to universalise and to abstract as well, so it has a more unlikely and extraordinary bridge to build between the physical world and the world of the imagination.”

It says a lot about Henson’s oeuvre. Since being plucked from relative obscurity to show at the National Gallery of Victoria in 1975 at a mere 19 years of age, Henson has attracted both the admiration of the art world and the ire of the conservative media. Rising to become one of Australia’s most internationally renowned and celebrated photographic artists, his arcane images of the youthful body – teetering one the brink of soft light and austere darkness – have led to solo exhibitions at the Museum Moderner Kunst in Vienna, the Bibliotheque Nationale in Paris and the Centro de Fotografia in Spain, an appointment as Australia’s 1995 Venice Biennale representative, major retrospectives at the Art Gallery of New South Wales and the National Gallery of Victoria (both in 2005) and inclusion in groups shows at venues from New York’s Guggenheim Museum to the Centre Georges Pompidou in Paris.

There has also, of course, been the controversy. Namely the seizure of works from his 2008 exhibition at Roslyn Oxley9, following an article in The Sydney Morning Herald by staunch conservative commentator Miranda Divine, and national censorship debate that followed. But if there’s one thing Henson’s place in the wider discourse has articulated, it’s that of the vastly different expectations we impose on photography – especially that which depicts the human body – compaired other art mediums.

It’s a conundrum that Henson, is more acutely aware of than anyone. It’s also one that he is at pains to surpass. His focus remains, first and foremost, honed on the image itself. “It’s all very well to have the intellectualising that goes on within the arts, but it’s all of very little consequence if the picture isn’t interesting aesthetically, if it doesn’t have a dimension that fascinates,” he urges. “If a painting’s no good as a painting, or a photograph is not good as a photograph, it doesn’t matter about the swag of groovy ideas someone tries to attach to it.”

The same goes for the his own works, the creation and compilation of which Henson describes as a process of “accumulation”, a “conversation that’s permanently taking place” within wall of his studio. “It’s very incremental,” he says. “I’ve never worked towards a show or a particular date – I can’t work that way and never have – so these things accumulate in the studio over a number of months and years.”

The same goes for his new show at Roslyn Oxley9. Though featuring images of both the youthful body and a series of “architectural” and “archaeological” works from recent travels in Turkey, Henson isn’t about to try and nail it down.

“There’s always been an interest, for me, in combining things that on the surface seem unrelated and are in fact unrelated on the surface,” he posits. “I can’t really say that this sits next to that for a very specific reason, because it doesn’t. It’s there for a whole range impressions and feelings and thoughts I have and those are different for every person.

“I’m not trying to make any sort of statement as to what the relationship is between the human face and the marble statue next to it,” he pauses. “I don’t fully understand it and that’s what makes it interesting to me.”

Bill Henson shows at Roslyn Oxley9 from September 20 to October 13.