All the Buildings in Sydney

James Gulliver Hancock draws the buildings that witness our lives. 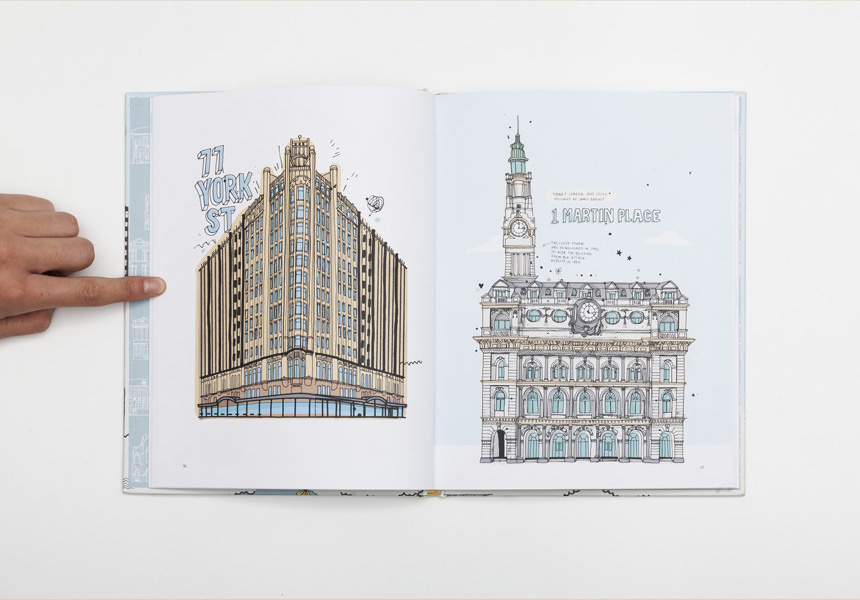 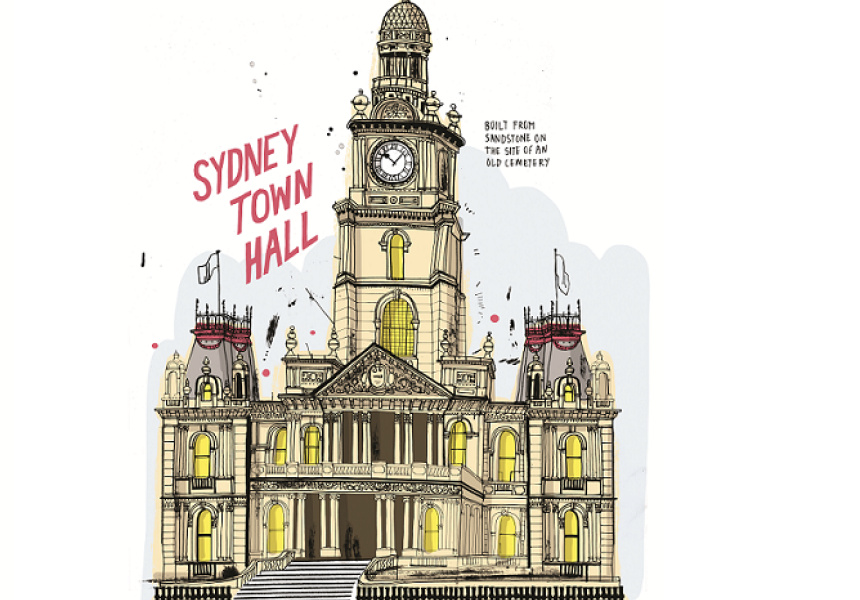 “I didn’t want to do it,” says James Gulliver Hancock, with a rueful laugh. The artist and illustrator responsible for the wildly ambitious All The Buildings in New York...That I’ve Drawn So Far, is talking about the grief of saying goodbye to the home town he adopted, to return to the one he thought he’d left for good.

“When my wife Lenka and I had our son, we decided to move back to Sydney. It was hard. I didn’t want to be here and couldn’t avoid the ghosts of past experiences, the buildings big things had happened in. I was literally in tears.”

Hancock’s sketchbook and felt-tip markers aren’t just a means of self-expression. To him, they’re a mode of survival. His new book, All The Buildings in Sydney, swaps witty renditions of Brooklyn walk-ups and a sparkling ode to the Chrysler Building for Sydney’s bridges and worker’s cottages. It is both an attempt to capture the Harbour City’s visual vocabulary, and a tribute to the pain and pleasures of coming home.

“The New York project started like a diary,” explains Hancock, who has illustrated for big-ticket clients such as Coca Cola, eBay and Simon and Schuster, with his work profiled in Wired and the The New York Times. “I would ride to my studio in Greenpoint, Brooklyn, past these amazing structures, and I stopped and drew them, focusing on the details you wouldn’t usually see.”

“But Sydney has this hardcore history for me, which goes right back from birth to present day,” he continues. “It wasn’t just a matter of plucking out the places that I like. It was like, ‘I’ve got to draw the place I was born in, I’ve got to draw the first place that I moved out of home into’. It helped me fall in love with the city again.”

Hancock’s drawings, which feature a candy-coloured palette and a whimsical energy that recalls much-loved illustrators such as Maira Kalman and Quentin Blake, harness the way we map our personal histories on to the streets we inhabit. The grand arc of the Harbour Bridge, the early 20th-century clock tower that looms over Central Station and the regal Queen Victoria Building appear alongside a semi-detached terrace house in Llewllyn Street, Marrickville, an Art Deco apartment tower in Coogee and a motley row of King Street shopfronts. The drawings highlight the ways in which we each exist in a private version of our cities, anchored by glittering landmarks but shaped by unremarkable places where our daily lives play out.

“When I was creating drawings for this book, I did a fair bit of wandering around and noticed things like all the kinks in Sydney’s streets, which are kind of a hassle when you’re driving but would be really interesting to look at from the air,” says Hancock, who juggles commercial work with personal projects and currently works out of a studio near Clovelly Beach. In New York, you have brownstones and railway apartments, but here we live in a semi-detached terrace – a house that’s cut in half. Terrace houses are really interesting and original, synonymous with Sydney, in a way. Every city has its own quirks. Just because it’s not New York, doesn’t mean it’s not amazing.”

All the Buildings in Sydney is available in all good book stores.