All the Art to See Over Summer

Spend the holidays in the cool of Sydney’s most interesting galleries. There’s plenty to see. 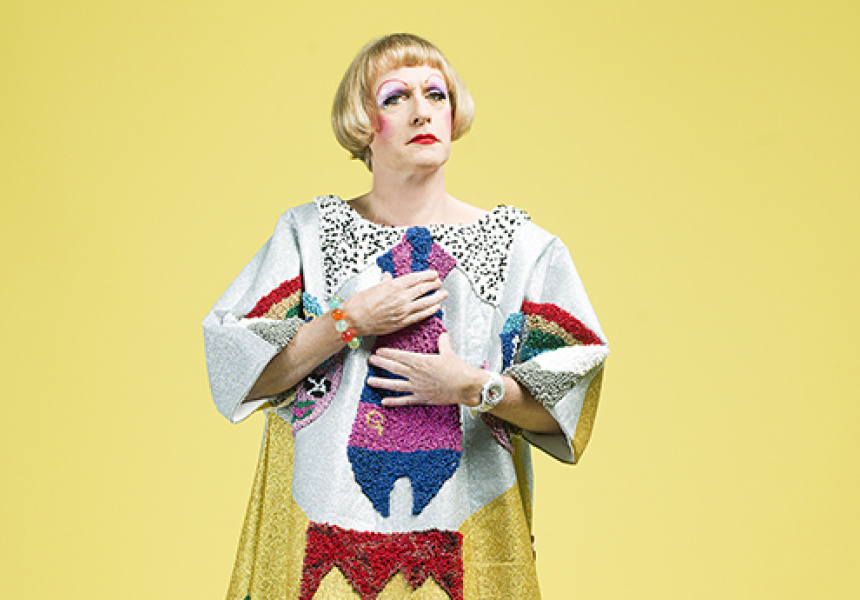 Paramount by The Office Space

While most commercial galleries fall quiet from mid-December through to February, there are still a number of art spectacles to catch over warmer months in Sydney. This year’s blockbusters are well worth a visit – Grayson Perry’s sprawling survey My Pretty Little Art Career at the MCA features a wealth of the British artist’s intricate and wry tapestries, ceramics and sculptures. The Greats: Masterpieces from the National Galleries of Scotland at the Art Gallery of NSW is being called the most impressive collection of master works to visit Sydney, with loaned pieces such as Leonardo da Vinci sketch works and Titian’s Venus rising from the sea.

Grand collections aside, there’s also a great selection of exhibitions and installations appearing at Sydney’s smaller galleries and museums. Here is our pick of art to see over summer:

El Anatsui: Five Decades
Fresh from winning the Gold Lion at the 2015 Venice Biennale, this is Ghanaian artist El Anatsui’s first major exhibition in Australia, spanning his practice from 1970 until now. Presented as part of the Sydney Festival program, El Anatsui: Five Decades features more than 30 of the artist’s elaborate, wilted wall sculptures, as well as woodcarvings, paintings and ceramics. Each piece is formed from recycled materials – tin boxes and bottle caps, wood and aluminum printing plates.

Pictures / Motion
Presented by Galerie Allen and The Office Space
Independent curator Joseph Allen Shea left Sydney for Paris in late 2013 to set up Galerie Allen in the 9th arrondissement. Prior to his departure, he held a series of enthralling site-specific exhibitions under the title Gallery A.S. at various unassuming locations around Sydney. In 2011, this included Motion / Pictures at the former Paramount Pictures building in Surry Hills, now known as Paramount House and the home of Golden Age Cinema & Bar, Paramount Coffee Project and Paramount by The Office Space. Returning to the iconic building for one night only this month, Allen Shea will present a selection of video works by artists from the Galerie Allen stable. See moving-image works by French artists Boris Achour and Laetitia Badaut Haussmann, as well as Galerie Allen co-director, Australian-born, Paris-Based artist, Mel O’Callaghan.

The Column – Adrian Paci
Albanian artist Adrian Paci’s video piece traces the journey of an epic length of marble, extracted from the ground and sent to sea. Shown as a part of the Lives in Transit exhibition at the Jeu du Paume in Paris, and the Padiglione d'Arte Contemporanea in Milan in 2013, the film also featured at the Venice Architecture Biennale last year. Paci conceived The Column when he learned that giant marble sculptures can be ordered from China, but are carved mid journey, on the open seas, in order to keep costs down.

Chen Qiulin: One Hundred Names
One Hundred Surnames in Tofu is an ongoing installation piece by celebrated Chinese artist Chen Qiulin, involving 100 common Chinese family names carved out in tofu, and left to slowly decay over a period of weeks. As part of a greater survey of the artist’s work to date, 4A Centre for Contemporary Asian Art has commissioned a new iteration of Qiulin’s tofu lettering entitled One Hundred Names for Kwong Wah Chong, which will commemorate Haymarket and Sydney’s first Chinese owned and operated shopfront, Kwong Wah Chong.