His 2008 exhibition caused such a stir, even the PM weighed in. 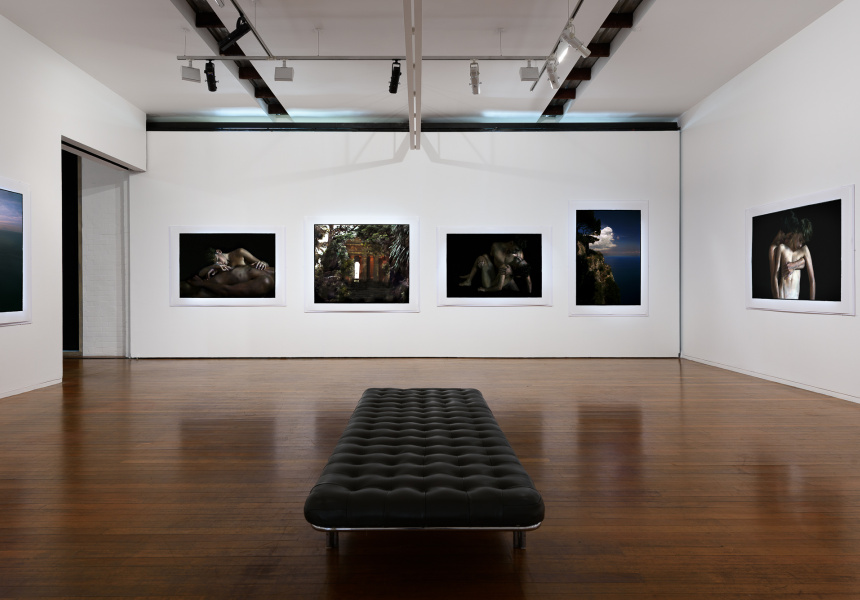 Bill Henson is one of Australia’s most celebrated living photographers, both domestically and internationally, so you could forgive him if he was thoroughly over talking about the two-week hysteria that surrounded his 2008 Sydney exhibition featuring his trademark moody photographs of naked adolescents caught in moments of tenderness and intimacy.

The images dominated headlines and resulted in police raids, confiscated portraits, accusations of perversion (and worse) and the threatened closure of his exhibition, which then-Prime Minister Kevin Rudd claimed “bore no artistic merit”.

But Henson himself brings it up, welcoming questions about “the couple of weeks of madness” that ultimately came to nil. No charges were laid, the images were officially classified as PG and the exhibition went ahead.

Did the experience result in Henson self-censoring future artworks? Quite the opposite. “I haven’t changed a thing. The important thing is to keep working, what else can you do?” he replies amiably.

Now, after a seven-year hiatus, Henson is making his long-anticipated return to Sydney with his self-titled exhibition at Roslyn Oxley9 Gallery in Paddington.

Of course, there’s much more to his oeuvre than these controversial photographs, although this style does make up the majority of the 28 large-scale unframed photographs in the exhibition. The remainder features a range of landscapes and architectural photographs shot in Venice, Capri, Naples and Rome – stunning images in which the light, dense colour and a slightly unsettling air (all trademark Henson aesthetics) captivate the viewer.

The work of the acclaimed Melbourne artist, who was Australia’s representative at the 1995 Venice Biennale, is held in collections worldwide from Paris to London to New York. He held his first solo show at the National Gallery of Victoria at the age of 19 and has had various retrospectives at state galleries in the decades since.

At a time when everyone is a photographer and image is king (or queen), Henson is a rare beast: slow, methodical, thoughtful and – perhaps most rare of all – an artist who shoots on film before developing his own works in his own darkroom.

“I don’t have a digital camera. I’m not a luddite – I love technology – but I’ve always felt the film grain is part of the picture,” he says. “The other reason is you can’t keep checking the back of the camera or laptop, so you don’t have this constant interruption to the connection you have, particularly with a human subject. And you’re never 100 per cent sure you’ve got the shot, which produces a state half between anticipation and anxiety.”

Henson lives and works in the home studio he shares with his partner, the Archibald-winning artist Louise Hearman. There he spends endless hours shooting his models, most of whom he’s worked with long-term (the oldest is now 50). “It’s not a casual, accidental relationship, many of them I’ve worked with for 10 years.”

In the studio he seeks to slow things down. “Slowing people down, they get quieter. Suddenly they seem to go back into themselves and small gestures become more significant,” says Henson, who issues precise movement instructions to his models.

His subjects seem chosen for their somewhat ambiguous gender, more to highlight the masculine and feminine sensibilities adolescents often share before puberty sets in.

Henson accepts that people find his images confronting, but says he never sets out to provoke a particular reaction. “What interests me is that thing that slips away from thought,” he explains. “You want to make the world strange again, in so doing you cause people to wonder, but I’m not setting out to make people have any particular reaction. Everyone brings their own life experiences to it. Just as there’s no correct way of listening to Mozart, no correct way of looking at Rembrandt, there’s only your way [of viewing art], it’s your journey”.

If his photographs (which remain untitled) leave viewers feeling uncomfortable, it’s a reaction he abides.

“There’s something to be said about this first-world preoccupation with feeling comfortable. Entertainment can make people feel comfortable because the baddie gets killed, the film finishes then you go out and buy popcorn,” he says.

“Where art is concerned, I don’t know that feeling comfortable is necessarily always advantageous. It’s that thing about introducing uncertainty, causing people to wonder by taking away the certainty of the physical form, making the space uncertain by producing something intensely intimate. But is there an air of threat? What about vulnerability? What about the idea that something is both intimate, vulnerable, tender and unassailable?

“These are opposing forces but for me the most interesting things I see historically contain all kinds of opposing forces, and that’s got nothing to do with feeling comfortable. It’s going on a journey to an unknown place within yourself.”

Bill Henson’s work is on display at Roslyn Oxley9 Gallery in Paddington from May 17 to June 8. On May 22 and 23 Henson will collaborate with the Sydney Art Quartet for two concerts, Chiaroscuro, an ‘evocative, dreamlike response’ to Henson’s work.