After Afghanistan, Still and Ongoing 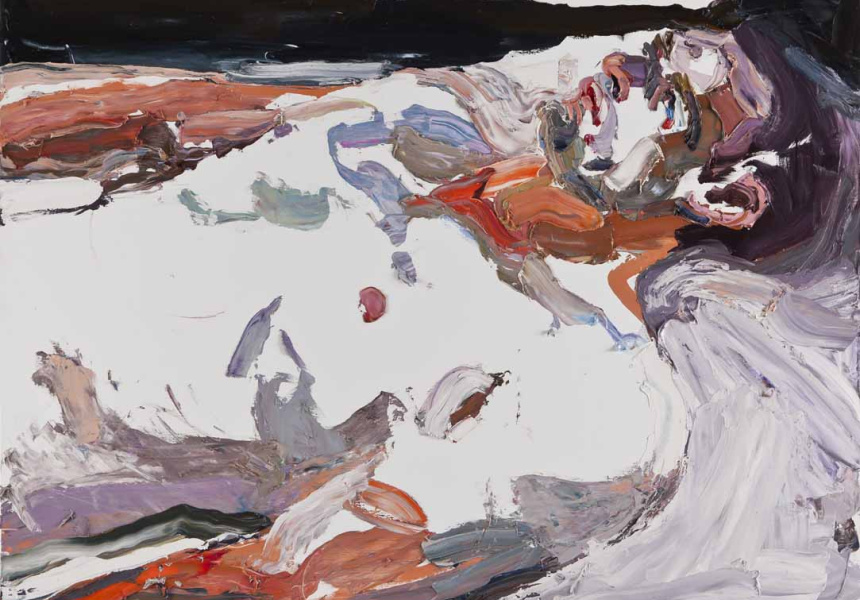 Ben Quilty, currently one of Australia’s most sought-after painters, is known for his depictions of angst, self-destruction, emotional fragility and peer law in male youth. So it may not seem a strange choice for the Australian War Memorial to choose Quilty as the fourth to be sent to Afghanistan as official war artist, but still, you can’t help but wonder if the commission got more than they bargained for.

These 21 paintings and 16 works on paper have an emotional range curiously dissimilar to Quilty’s work with local subject matter. The difference seems to be that when Quilty’s depicts his peers, they seem to be approaching or taunting the hypothesis of death, while this body of work illustrates those recoiling from or surviving a very real death. The artworks do not tell the story of heroic glory in battle, but rather the psychological after-burn endured by the men and women who have been stationed with the Australian Defence Force in Kabul, Kandahar and Tarin Kot since 2001 as part of Operation Slipper.[fold]

The large paintings in After Afghanistan were almost entirely produced in the artist’s studio in the Southern Highlands of New South Wales after his return, with the servicemen and women sitting with the artist for their likeness. Here, Quilty is able to capture not the high tension, adrenaline and frenetic energy of a warzone, but what remains in the lull that follows one’s return. When you meet Quilty, it is clear he is a warm and sensitive person; he is entirely present and invested in the people that he comes in contact with and holds a heightened awareness. This highly infectious and beguiling quality is a trait that offers trust, understanding and a viewpoint that is hyper-empathetic.

Accompanying the exhibition is a research room organised by NAS Gallery curator Katie Dyer holding records that will add fuel to the debate on resolve of conflict.

The Australian War Memorial (the longest running and largest commissioning program for art in Australia with over 30,000 works collected) shows a responsibility and open-mindedness in putting their faith in Quilty, who addresses themes such as post-traumatic stress disorder in conflict while honouring his subjects’ integrity, dedication and sacrifice.

Ben Quilty: After Afghanistan, shows at the National Art School, Sydney from February 21 to April 13.