Seventy of Sydney’s Most Elusive Buildings Open to the Public

Step inside the city’s Tank Stream, which now runs underneath the CBD as a stormwater drain, but birthed the modern city of Sydney in 1788. 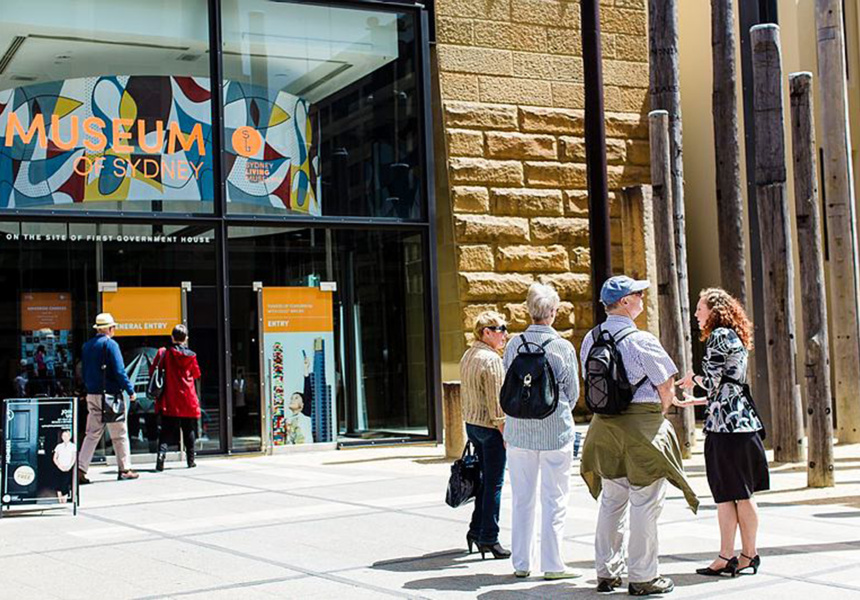 Like any artefact, buildings tell stories and unlock histories about the communities they dwell in. They speak volumes about the people that build them – their values, concerns, and everyday lives.

Returning in November for its 13th year, Sydney Open will give locals an opportunity to see the city from within the walls of 70 significant buildings that are usually off-limits.

“It’s always so impressive to see how many Sydneysiders and visitors embrace this weekend, taking up the opportunity to engage, appreciate and better understand this city’s diverse and beautiful architectural heritage and stories of our city,” says Mark Goggin, executive director of Sydney Living Museums.

Now famous for its weekend markets and for hosting Mercedes-Benz Fashion Week, Carriageworks will be a focus this year, as well as Australian Technology Park. Visitors will gain behind-the-scenes access to heritage sites in Redfern and Eveleigh, including Tonkin Zulaikha Greer’s Locomotive Workshop building, which was adapted into a contemporary art space in 2006.

New to this year’s line-up is a tour of the recently finished Grimshaw-designed 333 George Street and PTW Architects’ new offices in the Renzo Piano-designed Aurora Place. The key is also being handed over to one of the oldest surviving synaogues in Sydney, The Great Synagogue (1878); the award-winning Beaux-Arts revivalist-style building in Martin Place; and the UNESCO World Heritage-listed Hyde Park Barracks, built in 1817-19.

Peek inside the historic St James Tunnels, or look out across the city from the Central Station Bell Tower on the Focus Tour, which also invites visitors to look inside the dome of the Queen Victoria Building. There’s also an intimate tour of the Sydney Opera House on offer.

The Tank Stream, which now runs underneath the CBD as a stormwater drain, will be examined as part of the Golden Ticket competition and is an opportunity to lay eyes on the water source that birthed the modern city of Sydney way back in 1788. It ran fresh water and was the reason Captain Phillip decided to start the colony in that exact spot.

A classic example of Victorian-Italianate style, the Redfern Post Office is also throwing open its doors. It has been victim to a slew of architectural crimes since its completion in 1883. As the area’s population increased throughout the 20th century, refurbishments were made ad-hoc to accommodate for demand, leading to a scattered aesthetic. Now home to architecture firm DKO, which restored the building to its former glory, it’s a highlight of this year’s event.

Tickets are now on sale. The event will run over two days with focus tours taking place on Saturday November 4 and free roaming tours offered on Sunday November 5.